For the first time in the last four years, the allocation for the sanitation programme was reduced 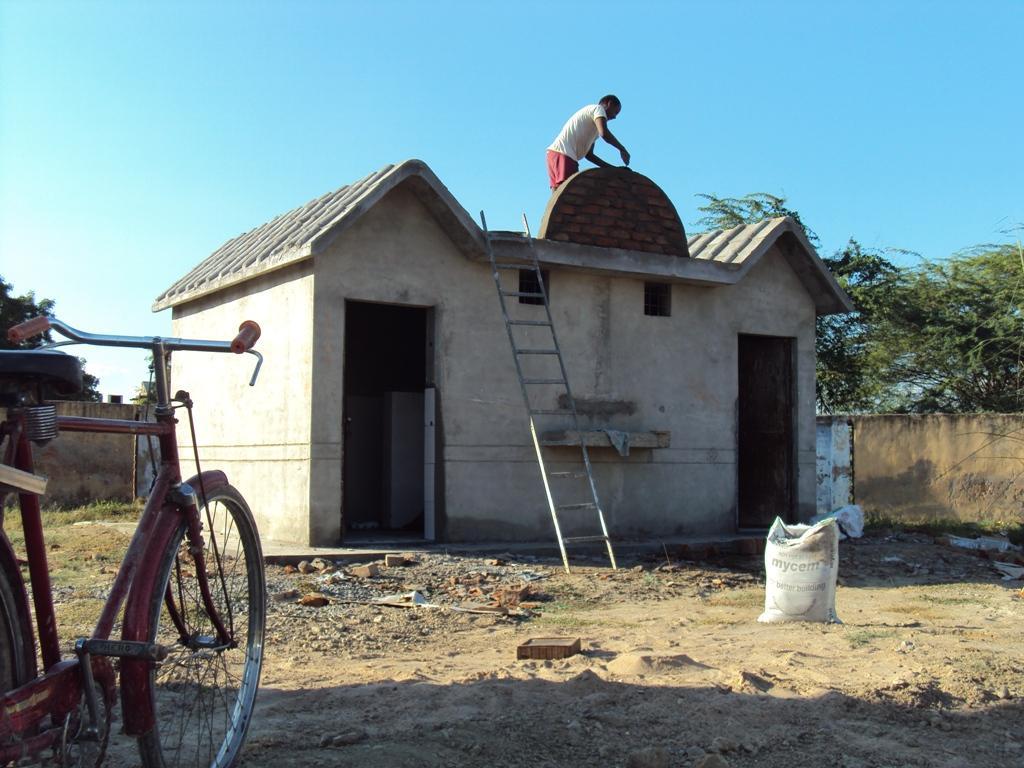 This is the first time in the last four years that the allocation for the sanitation programme has gone down. Credit: Jitendra/CSE

The budget allocation to the Swachh Bharat Mission (SBM) has witnessed a dip. A sum of Rs 17, 843 crore has been allocated for the progamme as against the allocation of Rs 19,248, according to the revised estimates of last year’s budget. This is the first time in the last four years that the allocation for the sanitation programme has gone down.

Out of the total budget allocated to SBM, Rs 15,343 crore has been allocated to rural areas while the rest has been given to the urban. According to the budget documents, the government aims at building 188 lakh individual household latrines in the financial year 2018-19. Among medium-term deliverables, the document enlists reducing open defecation from 20% to 10%. The other enlisted aim is to improve the solid liquid waste management of gram panchayats. Another budget document, “Status of  implementation of budget announcements, 2017-18” claims  that out of 8,02,054 habitations in Open Defecation Free (ODF) declared villages, 4,22,305 habitations have been provided Piped Water Supply Schemes (PWSS) up to 01.01.2018.

However, many studies and media reports have cast doubt over the usage of toilets. A study conducted by the Institute of Development Studies, Water Aid and Praxis, which was published in October 2017, claimed that several ODF villages are not free from open defecation. The study was done in three villages of Madhya Pradesh’s Sehore district, two of Uttar Pradesh’s Shamli district and three of Rajasthan’s Pali district. All of these villages were not only declared ODF but even verified so by a third party for the government. In all the surveyed villages of UP and Rajasthan, the researchers found open defecation prevalent and even identified the areas of open defecation in few of them. In one of the villages of Pali, where 900 households were surveyed, they found that the total current usage of toilets was only 1 per cent.  While in two villages of Shamli, it was 63 per cent and 16 per cent respectively.  But when the report was discussed in Parliament in December, the government dismissed it and refused to conclude anything from it. Nonetheless, the government’s Economic Survey quotes National Sample Survey Study (NSSO, 2016) and Quality Council of India (QCI, 2017) on usage of toilets and claimed that over 90% of the individuals who have access to toilets are using them. The Economic Survey also cites several health and economic benefits of areas declared ODF as compared to non-ODF, quoting a study of Bill and Melinda Gates Foundation done especially for the purpose.

Multiple media reports surfaced last year stating that local officials were using coercive methods to persuade villagers to use toilets. The Union ministry of drinking water and sanitation too had to issue letters to states saying such practises must be avoided. Experts say the root of the problem lies in the fact that the government was investing much in building toilets and not in information, education and communication (IEC) activities to induce a behavioural change. According to expenditure details for FY 17-18 available on the government’s SBM portal, the total available fund with states in terms of Centre’s share was Rs 10,678.49 crore, out of which Rs 200.70 crore was spent on IEC activities, which is a meagre 1.87 per cent of the total fund. This year too, the emphasis on IEC seems missing with it finding no mention either in key deliverables section or the mid-term outcomes section of the budget documents.