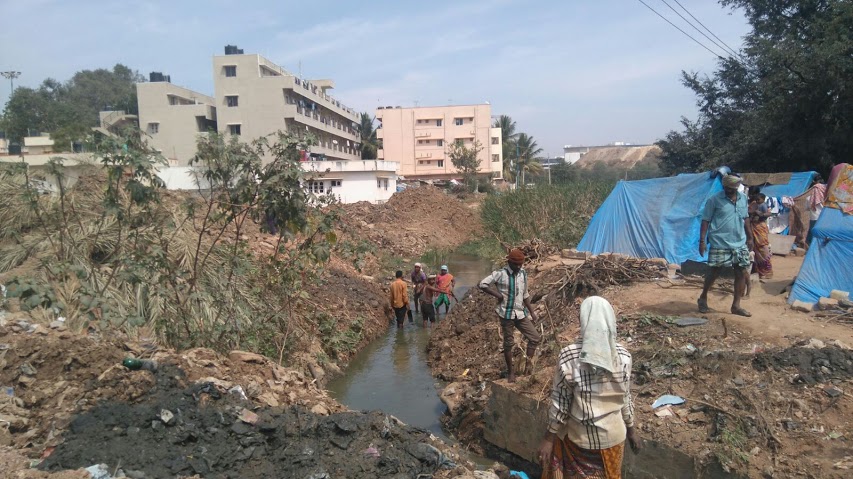 A joint initiative by the local citizens, city’s municipal corporation and corporate sector may be able to rejuvenate a lake that has been contaminated over a long term in Bengaluru. By installing a sewage treatment plant near Kundalahalli lake that is a part of the Varthur lake series, plans to clean up the city’s water bodies.

Spread across 10.48 hectares in eastern Bengaluru, Kundalahalli is one of the most polluted lakes in the city. It is a sewage dumping site for surrounding areas. Arvind Keerthi of citizens’ activist group Whitefield Rising said that about 3 to 4 million litres of sewage is added to the lake every day. It has also become a breeding ground for mosquitoes and other insects and causes water borne diseases. Aquatic life in the lake has been destroyed. As the lake is connected to other water bodies of the city, it serves as an entry ground for sewage to multiple lakes.

Studies by Energy and Wetlands Research Group, Centre for Ecological Sciences and Indian Institute of Science stated the maladies borne by lakes and proposed urgent restoration. These studies concluded that there has been a 925 per cent increase in Bengaluru’s built up area from 1973 to 2013, along with a decline of 79 per cent area in water bodies in the same period.

The clean-up project will be funded by Corporate Social Responsibility (CSR) contributions by various city-based companies. Of the available Rs 100 crore, Rs 2 crore will be used for the installation. Whitefield Rising will monitor the execution of the project, the permission for which has been granted by Bruhat Bengaluru Mahanagara Palike.

Kundalahalli lake was earlier under the jurisdiction of Lake Development Authority (LDA) and was leased out under “Adopt a Lake” scheme in 2006. The aim was to get the lake desilted and to check the flow of effluents into the lake. However, even after efforts the condition of lake deteriorated. Contracted to M/s Kalyani Developers at a cost of Rs 173 lakh for 5 years (from 4 February 2006 to 4 February 2011), the lake benefited little from the scheme.

In 2014, the Kundalahalli lake was handed over to Bruhat Bangalore Mahanagara Palike (BBPM). Despite the involvement of municipality, no improvement has been seen in the situation of Kundalahalli lake.

The proposed sewage treatment plant will have an installed capacity of 780 kilolitres per day. Phase 1 of the plant will be commissioned by June 2016 and the capacity will be further scaled up to 1.5 million litres per day. The decentralised, zero electricity requirement treatment system comprises of an anaerobic baffle reactor, followed by artificially constructed wetland (planted gravel filter) and aerobic ponds. The system will treat the sewage before it is dumped in the lake.

The initiative involves local community in safeguarding resources and may be able to change the situation of Kundalahalli lake positively.