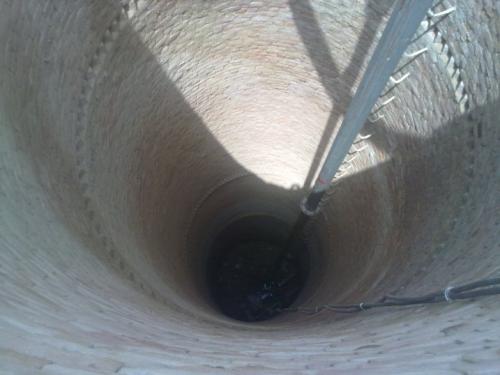 The Delhi government has released an action plan to tackle water shortage specifically targeting the Palla-Wazirabad section of the Yamuna floodplain. The water-rich Palla-Wazirabad floodplain in north-east Delhi can add around 41-49 million cubic metre of water every year to Delhi’s water supply.

Delhi government’s scheme called “Preserve and Use” plans to tap groundwater from Palla-Wazirabad via 90 wells and tubewells. The scheme will construct news wells and restore old ones, that were earlier a part of the Palla pilot project. Work is soon to begin as declared by Delhi Jal Board chairperson Kapil Mishra, during a site visit on June 1, 2016.

“The Palla pilot project began in the late-1990s and initially supplied around 30 million gallons of water per day,” informs Shashank Shekhar, who was associated with the project. The supply of water has reduced in the past 15 years, falling to 10 million gallons per day. “The reason for depletion,” says Shekhar, “was the unregulated, manual operation of wells.”

The newly proposed action plan hopes to tackle drawbacks from the previous project. The use of an Automated Supervisory Control and Data Acquisition (SCADA) system will generate the complete picture of underground floodplain aquifer. Parameters will be monitored on a real-time basis for all wells. “Controlled pumping will ensure maximum yet sustainable yield without any invasion of the saline water that may reside at the bottom,” adds Shekhar.

The supply of water and its shortage are a pressing issue in Delhi. The water supply is deficient, with about 1,066 million cubic metre water available per day, against the demand of 1,476 million m3/day. Among the nine districts in Delhi, seven have over-exploited groundwater resources.

Rainwater in the city still goes to waste. As per India Meteorological Department’s data, Delhi receives 611.8 mm of annual rainfall in 27 rainy days, all of which goes unutilised at the moment. The average specific yield of the Yamuna floodplains is estimated to be 883 million cubic metre/ year (Table 1). If maintained, the 90 tubewells in Palla-Wazirabad can supply around 41 to 49 million cubic metre/year of groundwater without stressing the aquifer water level.

Floodplains can be a sustainable source of water, studies show. An analysis by Vikram Soni, Professor Emeritus at Jawaharlal Nehru University, New Delhi, done in 2012 shows the self-recharging and self-sustaining nature of floodplain aquifer. The study concludes that the floodplains gets recharged from rainfall (in monsoon) and river (non-monsoon) and extraction of water will not cause any substantial decrease in groundwater level.

The idea of “Preserve and Use” was drafted on the basis of projections given by Soni, who estimated that 100 million cubic metres of water, equivalent to roughly a monthly water supply, can be accessed from the aquifers. Activist Diwan Singh, says that the proposal was drafted in 2007 and since then, they had been pursuing the matter with Delhi Jal Board. Rajesh Mittal, chief engineer of the water project, Delhi Jal Board says, “Scientific understanding shows that unlike other aquifers, floodplain aquifers are large in size and are easily replenished. The present proposal will act as a catalyst in mainstreaming the floodplain as a viable source of water in emergency situations.”

The soil composition of the Palla-Wazirabad floodplain includes medium grain sand and small stones called kankar. These ease the rainwater percolation and replenish the aquifer. However, the dumping of flyash and concrete can terminally kill its porosity. The new initiative can help evade future water crisis, diminish water dependency on neighbouring states, increase the daily availability of water and act as an alternative source of water in emergencies.