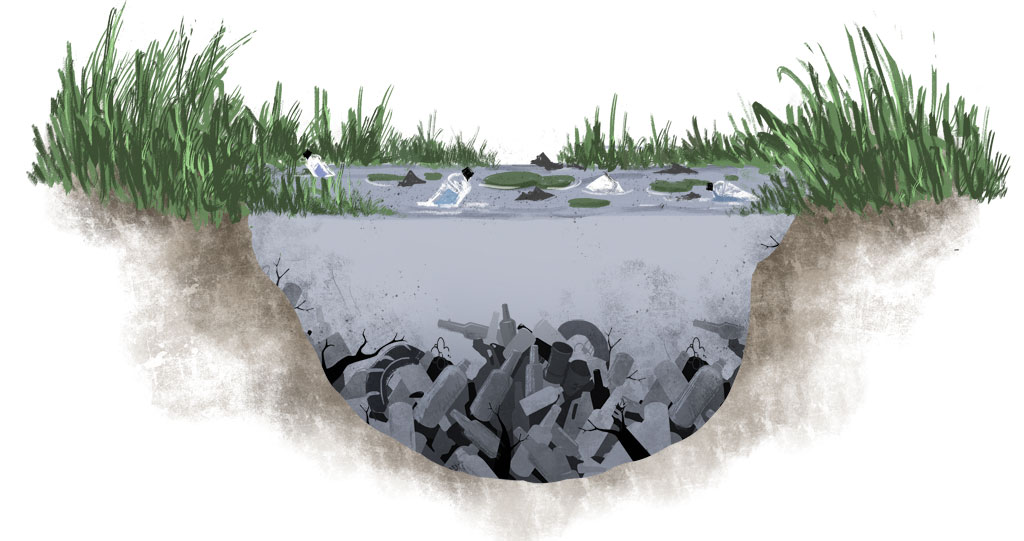 The picturesque Kodaikanal Lake in Tamil Nadu has been making news recently for all the wrong reasons. In August this year, a Rs 9.30 crore proposal by the Fisheries Department to construct about 21 large fish tanks in the Gymkhana marsh, the main wetland that feeds the lake, was widely protested by local people, as it would not only stop inflow into the lake, but also adversely impact the ecology. The water flows down to several villages along its way to Palani in the plains. For much of the population downstream, this is their only source of drinking water. The Gymkhana marsh maintains the water supply to the lake. Public pressure led to the stalling of the fisheries project for the time being. However, there are other problems plaguing the lake.

An immediate threat is the Alligator weed (Alteranthera philoxeroides) that has infested the lake, especially near Bryant Park, the Carlton Hotel, the Boat Club, and the newly-built Ganesh Temple. Here, native aquatic plants such as Polygonum sp, and Rumex maritimus have been edged out by the weed. It is one of the world’s worst weeds, says the Australian government, because “of its invasiveness, potential for spread, and economic and environmental impacts”. They also warn that the weed has managed to survive despite various methods to control it, including mechanical, physical, chemical and biological.

Originally from south America, the weed thrives in polluted water. Sewage outlets directly drain into the lake without any filtering. Other sources of waste like faecal matter from humans, horses and cattle, broken and abandoned fibre-glass boats, plastic trash, empty bottles and left-over food by tourists are affecting the water quality.

The dissolved oxygen (DO) level, which is critical for aquatic life, is way below normal levels in all layers of the lake—surface, middle and bottom. According to a study by ENVIS Centre at CPR Environ-ment Education Centre, (CPREEC), Chennai, DO levels at the bottom and middle layers were 2.4 mg/l and 3.5 mg/l respectively in 2009, perhaps due to the high turbidity caused by dysfunctional silt traps. For a healthy aquatic life, the DO level should be above five mg/l.

Tests on the lake stream going down to Palani have also shown equally dismal results. A study by St Olaf College, USA in 2014 found that faecal coliforms, especially Esch-serichia coli at eight different sites in the Palar stream and reservoir were way above the permissible levels—780-1,100 CFU/ml (colony-forming units), when the permissible level, according to the US Environ-ment Protection Agency (USEPA), is below 2 CFU/ml. In the Palar region, it is between 93-550 times more than the permissible level. The Nephe-lometric Turbidity Unit (NTU) levels were between 23-25 NTU, when the accepted limits are between five to 10 NTU, as prescribed by the Govern-ment of Tamil Nadu.

Worse, at most places, the residual chlorine levels were higher —2-3 mg/l, when the permissible level, according to the Bureau of Indian Standards (BIS) is 0.2 mg/l. Excess chlorine reacts with impurities in water such as ammonia and nitrates to form more stable compounds. Levels of ammonia found in the lake were 2-3 mg/l, when the permissible level, according to BIS, is 0.5 mg/l. A lesser concentration of ammonia (0.02 mg/l) can be harmful for certain aquatic species and higher levels can be toxic for humans, which can lead to diseases, sometimes even death. 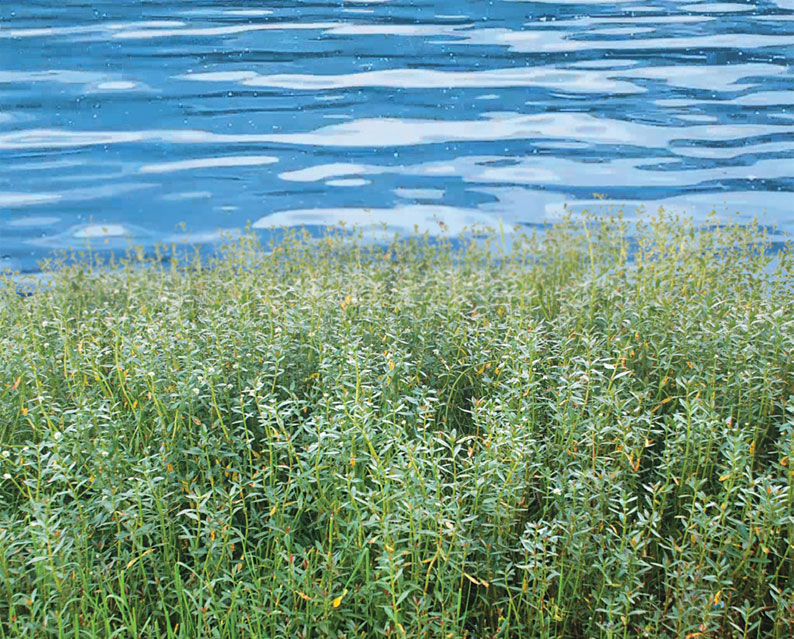 Phosphorus levels were between 0.1-1.2 mg/l within the lake, and 0.5-1.0 mg/l at various sites downstream. The standard set by the USEPA is 0.1 mg/l for streams that don’t empty into reservoirs, 0.05 mg/l that empty into reservoirs. Excess phosphorus promotes algae, especially in dams and reservoirs, and gives a bad taste and odour to water. Increase in phosphorus levels in surface water leads to eutrophication, causing the death of organisms.

An excess of phosphate in human diet can cause kidney damage and osteoporosis.

The Gymkhana marsh is the only surviving marsh in Kodaikanal. The other two, Bryant Park and Sleep Hollow, are now dead due to massive construction activities. The Gymkhana marsh is a wetland that drains into the lake. The marsh hosts several species of grasses and sedges, which prevents pollutants entering the lake. The overall quality of water improves as it flows through some of these plants. The Alligator weed, however, has not yet spread to the marsh, but it wouldn’t be long before it does.

Though the marsh and the lake are the main sources for drinking water for habitations downstream, they are mismanaged. Silt traps, that help trap silt that flow through the inlets into the lake, need to be regularly emptied to prevent siltation. However, silt traps are choked with weeds and grasses and are gradually encroaching the water areas, thereby reducing the area of the lake. Ironically, the authorities have planted trees near the marsh, further constricting the lake area.

The municipality should establish a working committee to focus on freshwater ecology to guide lake projects. Funds for lake management should be spent on maintaining the ecological standards of the lake and restoring pavements, instead of spending it for just beautification purposes such as planting trees. Importantly, downstream stakeholders should be encouraged to participate in the management of the lake, especially in Palani town, as well as in the villages located between Palani and Kodaikanal. Likewise, the tourists too should be made aware that they too have a stake in the cleanliness of the Kodaikanal Lake.

The Alligator weed is only a warning sign. The administration should take action against hotels, automobile workshops, and eucalyptus oil distilleries that dump their sewage, diesel, grease and other pollutants daily into the lake. Moreover, smaller streams and waterways need to be protected from pollution sources. The administration must employ an impartial body to regularly check whether major establishments are treating sewage or simply dumping it into the lake. All oil distilleries and automobile garages should be relocated, as they continue to dump their effluents in the water streams. We must not forget that the tourist agenda shouldn’t override ecological concerns and they are both interlinked.

The author is a member of the Palani Hills Conservation Council