The panel has its hands full, say activists at India River Week 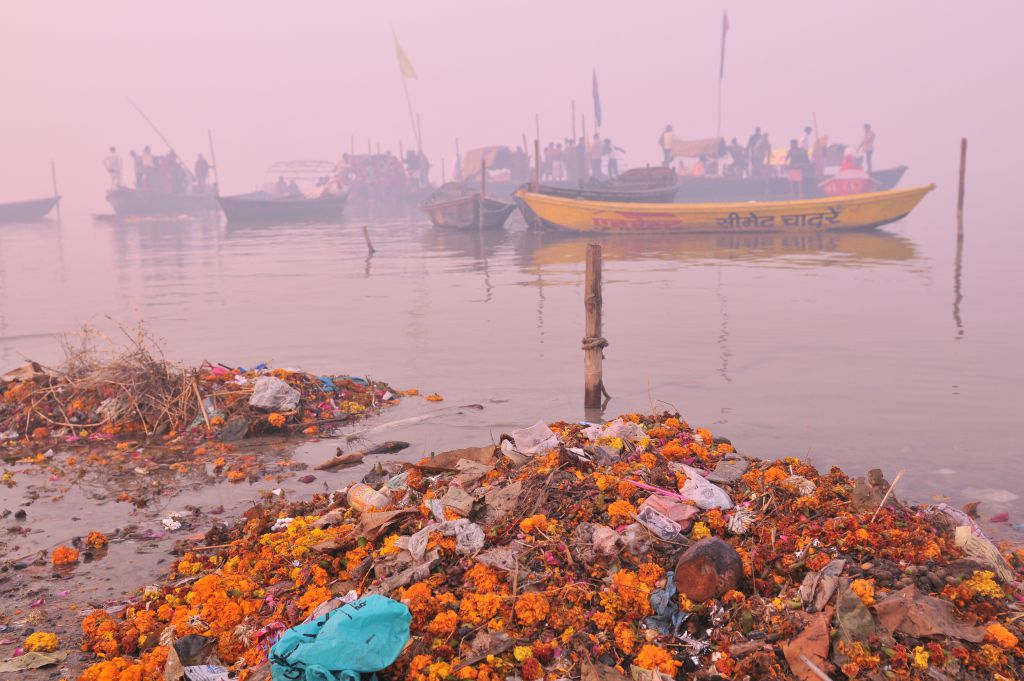 The Central Water Commission should be disbanded, experts and activists said at India River Week (IRW)-2018. This will be one of the many demands in the Citizens Report from IRW-2018 for rejuvenation of the Ganga.

According to the experts, the panel has too much on its plate and it needs to go for better regulatory framework. "It is a body which is doing multiple jobs—collecting data, making policies, giving technical and financial approvals to various projects, monitoring and what not. It is not capable of doing all this," Ravi Chopra, head of Dehradun-based People Science Institute, said.

Saying such a system did not exist in any other country, he cited the example of the United States Geological Srvey, which is entursted with only collecting the country's hydrological data putting it out in the public domain.

"The data given by CWC is so secret and not up to the mark. We also have good evidences to suggest it lobbies for dams and has huge conflicts of interest,” said Chopra, who was among the organisers of the conference.

The demand was not new and a committee formed by the government did recommended the restructuring of CWC in 2016, he added.

Activists from across the country and experts from various instututions, including the Indian Institutes of Technology (IIT) in Delhi, Kanpur and Roorkee had gathered for IRW. They summarily rejected the Union government's e-flow notification for being woefully inadequate for the Ganga and for lacking scientific basis.

"All that Union water resources secretary UP Singh say during the session that he was told that keystone species methodology was used," Chopra alleged.

According to it, if a keystone species of that part of the river is preserved, it is presumed that there is enough water in the river to protect other species.

"First, why could not he say anything convincing on the technology? Second, we don’t believe that even this technology was used; had it been, they would not have come out with such poor notification because the flow that they aim to ensure with this notification already exists. So what is the purpose of the notification?” he added.

IIT-Kanpur’s Vinod Tare, who led the IIT consortium in preparing the Ganga Basin report, also did not concur with the ministry’s technology.

Among medium-term measures, experts said old dams dams should be decommissioned. “In dams like Bansagar even during May end and beginning of June 60-70% water is present in the dam. So how much is the dam serving the purpose. Bansagar is in fact relatively new, there are much older dams. Every five yearly or 10 yearly the assessment of existing dams should take place,” Manoj Mishra of Yamuna Jiye Abhiyaan and also one of the organizers of the IRW

"But how is this conclusion arrived at? All that the assessment includes is to see that a basin has enough water for dams in its basisns. The urban and industry usages, groundwater recharge and other such factors are hardly looked into. So the basin from which water is diverted suffers,” said Mishra.

The participants also demanded the inland waterways and riverfront development projects should be withdrawn as they were harming the Ganga.

The experts also demanded establishment if an autonomous institute for the Ganga rather than a one controlled  only by the government. “If IITs, IIMs and Election Commission, as late GD Agarawal used to say, can function autonomously, why not an institute for the Ganga. We have seen in last 70 years as to how the governments have performed and therefore we need to take it out from complete government’s control,” Mishra said.

Another demand was on policy front included formation of national river policy and a separate national urban water policy to govern the urban use of water resources.

The issue of illegal mining in the bed of the Ganga also cropped up heavily during the deliberations. This was reducing the Ganga to a mere stream in most of the places where such mining was happening. The experts demanded that no use of machinery to extract san and other boulders from the riverbed.

To improve the base flows, the experts also suggested improving upon crop pattern and better irrigation methods. “In terms of usage of the Ganga water, irrigation is on the top. We are producing paddy and sugarcane so much that the government is forced to export, especially the latter. Even the sugar mills owners are finding it difficult. So when we are exporting, we are exporting just not the product but the water too which is so scarce for the river. Therefore, we need to give a serious thought to the cropping pattern.

Other suggestions given by the experts and the activists in the three day deliberations included reducing groundwater extraction from the Ganga, promoting rainwater harvesting, ensuring better functioning of existing sewage treatment plants in the Ganga basin (to ensure clean river), comprehensive Ganga law on the lines of the draft given by late G D Agarwal, establishing protected zones in origin stretches of all major rivers and tributaries (for biodiversity conservation), teaching ecology in all science and engineering curricula across the country and  studying of climate change impacts on the Ganga, among many others.