Cape Town’s diversification of supply from surface water to groundwater, desalination and water recycling has also filtered into the business community in South Africa 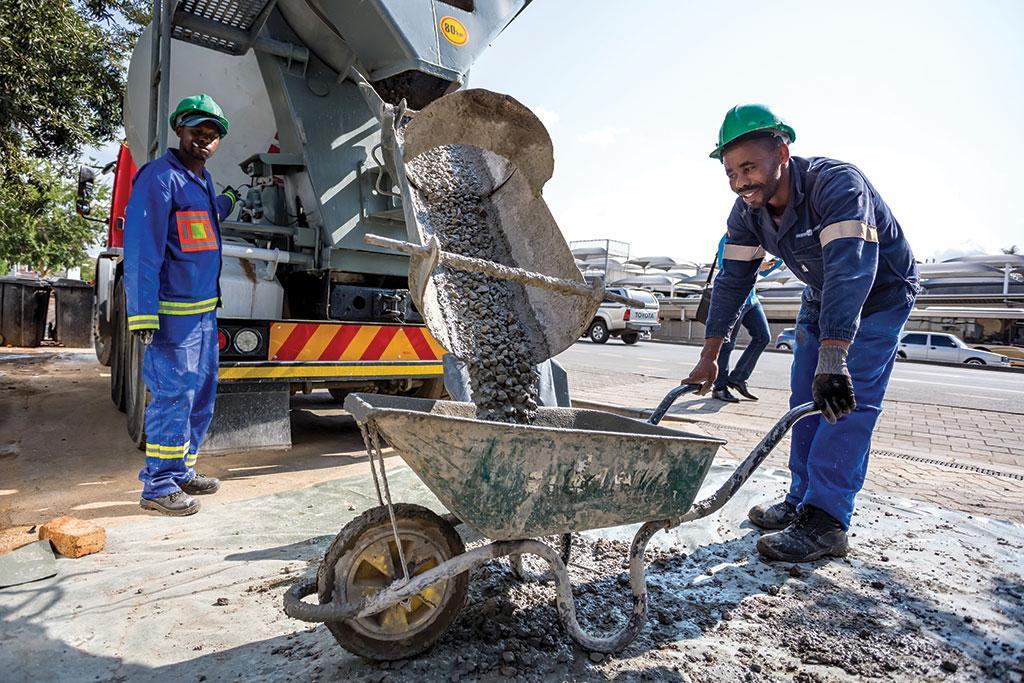 As the impact of drought continues to unfold in South Africa, water shortages are compelling industries to adopt innovative ways to stay in business.

For some, it’s discovering the economic convenience of borehole water. For others, onsite water reuse has become a deal breaker.

Business being business, the message has hit home - without water there is no industry. There will be no profit dividends to declare, workers will be fired, municipalities won’t have unpaid water bills to chase after and hardships will hit everyone.

Cape Town and the Western Cape province has been in the throes of one drought after another for the past the three years, with the severity of water scarcity peaking by the year. The city’s message that water shortage is the new normal has driven the industry to act.

Ian Neilson, the city’s executive deputy mayor says the adaptation of water use behaviour by Capetonians during this drought is contributing to a more efficient approach to water through using less water for each daily need, implementation of water recycling and greywater systems and acute awareness of wastage.

Neilson adds the city’s diversification of supply from previously relying only on surface water supply, towards a broader mix of supply that includes groundwater, desalination and water recycling, creates the conditions for greater resilience.

The culture has also filtered into the business community.

Construction group, Calgro M3 significantly scaled down the developments of more than 1,750 residential units to conserve water in last June after the city further proposed water reduction measures in the same month.

With no meaningful rains in sight, analysts had revealed the city was on the brink of running dry in weeks.

Calgro M3 decided to scale down further on water usage. The company relied on borehole water for the previous six months.

“While the water shortages have presented hurdles and have delayed our projects in the Western Cape, they have not come to a complete standstill and where possible we are still able to complete dry work on our developments,” Wikus Lategan, the chief executive officer of Calgro M3 told this reporter.

“We have many water savings initiatives across the country as we believe one shouldn’t just save when there is a crisis,” added Lategan.

Calgro M3, which uses approximately 8,500 litres of water to build each housing unit, has been able to recoup this water in three months after completion through various initiatives such as water harvesting.

“Unfortunately, if there is water shortage there isn’t much we can do to continue wet work,” says Lategan.

The construction company has installed water harvesting mechanisms on all units it is constructing.

“Rain harvesting is the easiest way to gather “free” water and to conserve water usage in the construction phase,” he says. “Unfortunately for this to be successful we do need rain in Western Cape. See Down To Earth's video on rainwater harvesting in India's driest regions ”

Nestled in Epping, Cape Town’s industrial suburb which first began in the late 1940’s, GlaxoSmithKline (GSK), the global drug manufacturer’s factory, is reaping the rewards of their water conservation interventions.

“Adapting to the water crisis has not been easy,” says Brighton Ochieng, Cape Town site director. “It requires a lot of extra effort from the site team,” he adds. The company demonstrated a 42 per cent reduction in water usage from 2010 to 2016, a figure further reduced by 8 per cent to date.

“The drive to reduce water use has always been the risk associated with the factory being located in a water-scarce region,” Ochieng says.

“The success achieved so far can be attributed to GSK setting water reduction targets for all factories in water-scarce regions of the world for many years which has encouraged constant improvements in our ways of working with water,” he says.

A water crises project team focuses on projects to ensure business continuity and to reduce the factory water footprint.

GSK’s business continuity project entails two phases a buffer municipal water tank to ensure that the business can continue uninterrupted during any short water outages was installed in November 2017. The system pumps water from the tank into the factory to ensure steady and adequate water pressure for all operations including fire hydrants and hose reels.

Ochieng said the site plans on delivering a long list of projects in 2018 including the recovery of certain wastewater streams for treatment and re-use. A large cooling tower will be decommissioned and a rainwater harvesting and treatment system will be installed.

South Africa receives an average of 400-450 mm of rainfall, but persistent drought conditions have seen water stocks in South Africa at an all-time low, says Kevin Cilliers, senior project manager at National Cleaner Production Centre in KwaZulu Natal, a division of the Council for Scientific and Industrial Research.

"Coupled with the current economic climate, industry is hesitant to invest in water efficiency improvements just based on the resource cost as often the paybacks are not there,” says Cilliers.

“However, we have seen a shift in thinking that some organisations are now having to look at the investment payback more from a risk perspective of not having water at all and not being able to operate, once this becomes apparent the investment can often be justified,” he adds.

Bridget Fundikwa, water analyst, GreenCape says most commercial and industrial companies are now playing catch up with technology to augment their water supplies.

Based on a yet to be completed study designed to help companies reduce water use and increase water productivity in Cape Town, Fundikwa says, funding was an overall issue with all companies, but if there is an opportunity that the company will save costs they will go for the technologies.

“The cost for water-saving technologies for small business is too high, but because of drought, the small companies might go for it anyway,” she says.

The industry needs to understand water risk comes in several guises, says Klaudia Schachtschneider, World Wide Fund for Nature - South Africa, water stewardship programme manager. It can be a physical risk, the most obvious - too much, too little – droughts and floods or even water at the wrong time, she says.

Reputational risk comes if a company is found to commit unethical practice like polluting a water source for others or tapping away at a water source while nearby communities go dry and they can suffer the consequences for years.

The regulatory risk comes with punitive regulation or the complete collapse of regulation, but all of these risks will impact the bottom line. Water risk becomes a financial risk.

Typically people are reluctant to change, unless there is a crisis, yet, a drought poses a valuable lesson – and opportune time to make necessary changes that reduce consumption, even long term, to document processes followed, to draw up drought emergency plans and to become more resilient to future droughts and reduced water availability through climate change, she explains.