At current rate of progress, universal access to safely-managed sanitation, aim of the Sustainable Development Goals won’t be achieved until 2107—77 years behind the schedule 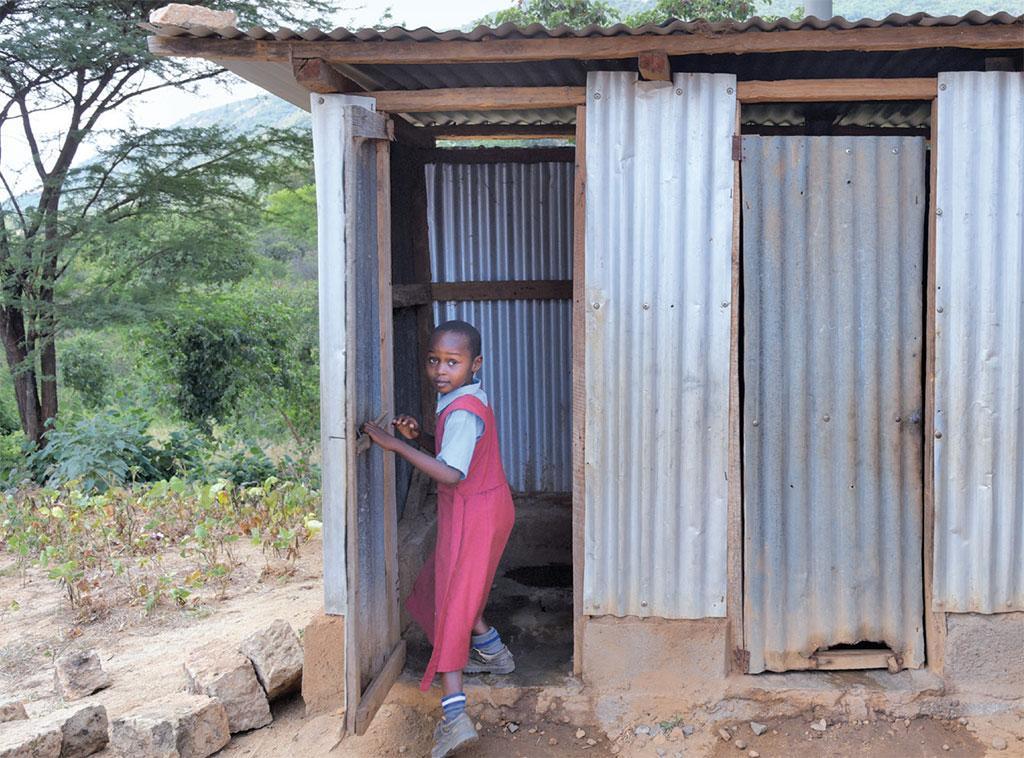 1 in every 10 girls misses school during menstruation in Sub-Saharan Africa. Credit: Jery Otieno 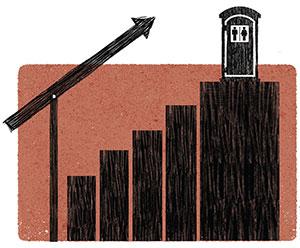 African women and children are bearing the brunt of the continent’s sluggish pace in sanitation, with health, nutrition, education, gender equality and poverty reduction being at stake. The situation is dismal in Sub-Saharan Africa where countries have not attained safely managed sanitation services and are still at the basic services level, according to the UNICEF. The scenario is no better in East Africa where over half the people in informal settlements live in unsanitary conditions. At present, in this region there is no country with more than 68 per cent access to adequate sanitation. Rwanda appears to be the only one to achieve this percentage and above. Despite commitments by several governments and the United Nations’ recognition of sanitation as a basic human right, it still remains neglected.

At the current rate of progress, universal access to safely-managed sanitation, the aim of the Sustainable Development Goals (SDGS), won’t be achieved until 2107—77 years behind schedule.

The knock-on effects of poor sanitation are considerable. According to a study done by Lixil Corporation, which specialises in water and housing products, global research firm Oxford Economics and the UK-based WaterAid, lack of proper sanitation costs the global economy a staggering US $222.9 billion annually. Of this, mortality rate accounts for $122.8 billion, medi cal treatment $56.6 billion, lost productivity $16.5 billion and the time spent on finding a toilet $27 billion. Africa accounted for about $19.3 billion of this total cost after the launch of the SDGS, of which about 75 per cent came from sanitation-related deaths. In many countries, the economic cost of poor sanitation and hygiene amounts for more than 5 per cent of their gross domestic product.

There are a number of factors affecting the attainment of safely managed sanitation services in East Africa. The main problem is that most countries focus on water provision, but never link it to sanitation. Both must be addressed together to improve people’s access to toilets. One cannot also rule out climate change, which leads to either prolonged droughts or floods. As a result of these two extreme weather events, progress achieved by the countries in sanitation is adversely affected. Resources for building sustainable sanitation infrastructure is diverted to deal with emergency and humanitarian response.

At present, most East African countries are grappling with how to prioritise sanitation among other development agendas. Most of the times, sanitation is either forgotten or accorded the bottom position in the priority list. For example, many middle-income countries give priority to infrastructure to attract investment. There are cost-effective models for managing sustainable sanitation services that could be piloted across East Africa, but knowledge and commitment to test these solutions are often not prioritised.

The priorities of many international non-profits and development partners also impact sanitation progress. These stakeholders have competing priorities within a specific country, spread themselves thinly across countries and often do not employ their strengths to ensure that their resources make the necessary impacts. As a result, one sees only a few pockets of projects lying far-flung in each country with no clear sus-tainability plan in place. Development partners also divert funds for sustainable development work, thus leaving fewer resources for sanitation.

Urbanisation is a key factor impacting the attainment of good and sustainable sanitation services in East Africa. The planned urban settlements are busting at the seams and putting pressure on the existing sanitation infrastructure and the sewerage system constructed long ago. Apart from these, migration to urban areas put further strain on the existing infrastructure in unplanned settlements.

Towards a better FUTURE

Many ongoing interventions hold hope for East Africa. Lately, there has been an increased commitment by governments in this region to ensure sanitation catches up with the provision of safe water. More budgetary allocations are being made to cater to WASH (water, sanitation and hygiene) services in a targeted way. There has been a renewed effort to cater to people living with disabilities, women and children in programme designs on toilets, latrines and behaviour changes. Several innovations on faecal sludge management are being piloted and rolled out across countries with WaterAid’s presence in the region. Some of these innovations have led to a scaling up of some of the pilots in several districts of Rwanda, Ethiopia and Tanzania.

To meet SDG 6 target of clean water and sanitation, there has to be a holistic approach to ensure integrated development across all sectors. The district-wide approach of WaterAid has been successful. It ensures that all development partners in African countries pull their resources together to attain the SDG goal. Other steps are building collaborations with key regional economic commissions and agencies to ensure there is a clear focus on sanitation. Some of these include AfricaSan, one of the path-breaking initiatives on sanitation and the Rural Water Supply and Sanitation Initiative, an Africa-wide programme hosted by the African Development Bank. The East Africa Community’s health department is also prioritising the integration of WASH and health for improving sanitation by sharing lessons and innovations.