Arunachal Pradesh, which is considered a powerhouse for generation of hydroelectricity, is increasingly facing protests from local communities unwilling to part with their lands 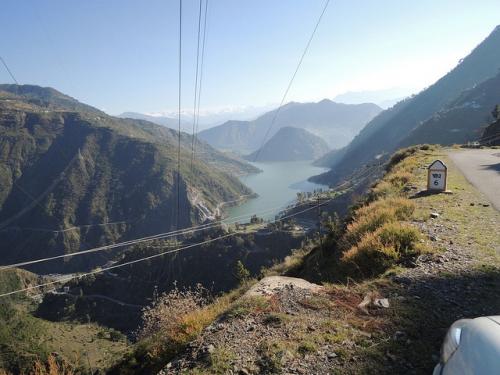 The Ministry of Environment, Forest and Climate Change (MoEFCC) will not challenge the National Green Tribunal (NGT) order that suspended environmental clearance to the 780 MW Nyamjang Chhu hydropower project in Tawang district of Arunachal Pradesh.

The NGT suspended environmental clearance to the Rs 6,852.28 crore project in April when it became clear that the MoEFCC regional office in Shillong had taken cognisance of the construction of two units of the project for which forest clearance was not sought last year. The Nyamjang Chhu power project is being developed by the Bilwara Energy Limited, a private player.

Arunachal Pradesh, which is considered a powerhouse for generation of hydroelectricity, is increasingly facing protests from local communities unwilling to part with their lands.

One such project over which two people have lost their lives is the 6 MW Mukto Shakangchu project in Tawang that is being built to supply power to Nyamjang Chhu. However, the former developed cracks in February and since then electricity production has witnessed disruption.

Two locals died and 19 received injuries earlier this month, according to the Save Mon Region Federation (SMRF), a grassroots organisation opposed to large hydroelectric projects in the region.

According to a complaint filed in the Tawang police station on May 2, Nyima Wangdi (21), a monk from Tawang monastery, and Tsering Tempa (31) from Jangda village, were shot dead for demanding the release of local community leader Lama Lobsang Gyatso.

People were injured in the incident after the police opened fire on a crowd comprising about 2,000 people, who had gathered at the district collector’s office in Tawang to demand the immediate release of Gyatso.

While locals are not opposed to small hydropower projects such as Mukto Shakangchu, Gyatso, who has been leading the resistance against big dams, wanted to file a public interest litigation against the Mukto Shakangchu project for shoddy work done by the project developers.

Lobsang Chhodup, a monk from Tawang, told Down To Earth, that the police were ill equipped to handle the situation. “Some SMRF members entered the police station premises close to the collector’s office to enquire about Gyatso’s release. The police suddenly started firing on them,” he said. Local reports say that at least 300 rounds were fired following which a curfew was declared in the town.

Gyatso was arrested after a complaint lodged by local MLA Pema Khandu on April 26. Khandu alleged that Gyatso, who was leading a protest against the Shakangchu project, had disrupted peace.

Gyatso was released after being detained for a few hours only to be arrested again the very next day. This time the leader was arrested on the basis of social media posts urging people to unite against dam projects.

Chhodup said that the police arrested Gyatso without even bothering to investigate the social media posts. To broker peace, a meeting was called among various stakeholders to the project on May1, a day before the tragedy. SMRF, however, alleged that some miscreants supported by dam developers created chaos during the event.

Five days ago, a SMRF delegation comprising monks and locals met the environment ministry officials to apprise them about the situation.

A senior MoEFCC official confirmed that the ministry will not challenge the NGT’s order. “We are commissioning a study on the impacts of hydropower projects on the Black-necked crane, an endangered species worshipped by the local Monpa community,” he said.

According to the NGT, the construction of the Nyamjang Chhu power project about 50 kilometres from Tawang is a threat to the Black-necked crane. The locals consider the bird an embodiment of the sixth Dalai Lama, who was from Tawang and wrote about the bird extensively in his poems.

“Despite the NGT orders, work continued on the site, which led to the intensification of the local protest opposed to big dams in the region,” Jampa Tsering of Humanity International, a Tawang-based non-profit, said.

Tsering said that the Monpa community was not opposed to micro hydro projects, but mega dams were a big threat to their existence.

Chhodup said that not just Nyamjang Chhu, but the National Hydroelectric Power Corporation’s projects in Tawang also pose a threat to cultural sites and ecologically sensitive spots in the Himalayas.

“One-fourth of Monpa land is owned by the defence ministry and other government establishments. Tawang is one of the smallest districts of Arunachal flanked by China on one side and Bhutan on the other. “Where will the people go if our lands are taken away to build dams?” Tsering asked.

As per the Environmental Impact Assessment report prepared for the Nyamchu Project by Gurgaon-based consultant WAPCOS, 254 hectares of land faces acquisition under the project.

Out of this, 244 hectares are community lands used by farmers and pastoralists. Eleven villages will be affected by the dam while 60 villages will face negative impacts in the form of changed routes to Tawang from their remote dwelling places across the mountainous terrain.

In the past 10 years, the Arunachal government has signed Memorandums of Understanding with 159 companies, including central public sector units and private companies, to install power projects in the state worth a total capacity of 46,938.02 MW.