For free flow, Ganga gets a plethora of regulations

Civil society organisations and activists want the Centre to shut down hydroelectric power projects in the Alaknanda, Mandakini, Pinder, Dhauli Ganga, Nandakini streams in the Himalayas to let the Ganga flow freely and also declare these streams, like the Bhagirathi, eco-sensitive zones. They suggested this in an alternate draft to the central government’s proposed National River Ganga (Rejuvenation, Protection and Management) Bill, which is yet to be presented in Parliament.

This demand is in the line with what Gandhian and environmentalist GD Agarwal had asked for, said Malika Bhanot, an environmentalist, at an open session held in New Delhi to present the draft, which they call the People’s Ganga Bill (PGB). The activists’ demand is to ensure more water flows into the river and there are fewer interruptions.

The draft presents a number of short-term and long-term measures to restore the river’s aviralta (uninterrupted flow) and nirmalta (cleanliness). As a short-term measure, the PGB suggests that studies be conducted to assess “Gangatva”, which the PGB’s proponents define as restoring the special properties of the river’s sediments to provide it the ability to kill bacteria.

“We must have a sense of realism on what is possible and what is not through a bill. It is one thing to have an Act but you have to be realistic as to what you demand through that,” former Union environment minister Jairam Ramesh told Down To Earth.

Another senior politician, who did not wish to be quoted, added that there is more than a 100-year-old history of barrages on the Ganga and you can’t erase them in one go. “I completely agree with their demand that without aviralta we can’t achieve nirmalta, but a realistic path for these projects has to be found,” he said.

IIT-Kanpur’s Vinod Tare, who headed the consortium of IITs and other institutes for Ganga preservation, too agreed with Ramesh. “We can certainly debate that the e-flow notification of the government that came out two months ago are highly inadequate and that more water should be released by these projects. For that, there should be a demand to altering the projects’ design, but we can’t demand decommissioning of existing projects,” Tare told Down To Earth.

Besides taking on projects, the people’s draft also calls for delineating the river in four zones—National Ganga River, primary zone (the headstreams), secondary zone (food plain area and the area of the main stream from Devprayag to Gangasagar) and buffer zone (Ganga basin area including primary and secondary zones)—and specific zonal policies to restore aviralta. For nirmalta, they want fresh identification of sources of pollution and continuous monitoring of sewage treatment plants.

No politicians, but independent experts

The civil society organisations also sharply differed with the government over the structure of the body that governs the national river.

The government’s draft has a National Ganga Council headed by the prime minister and its members include Union minister of water resources, chief ministers of Ganga basin states—Uttarakhand, Uttar Pradesh, Bihar, Jharkhand and West Bengal. Notably, such a council already exists, but it has never met since its inception when its mandate was to meet at least once a year.

Also, on the lines of current Empowered Task Force (ETF), which is headed by Union water resources minister, the Centre’s draft envisages formation of a National Ganga River Authority. The ETF has also met only thrice since inception in 2016, while its mandate was to meet once every three months. But the catch is that the new draft has not specified any number of meetings the council or the authority should hold.

This is where Tare questions the existence of bodies dominated by politicians. “What will they do with such scant or no meetings? There is no point having them. Instead what we require is an independent commission which functions autonomously on the lines of Election Commission of India,” he said.

The PGB mentions formation of a commission that functions independently and is headed by a non-government person, who has experience in conservation and knows the socio-cultural aspects of the Ganga. Its members should be a retired high court judge and six independent members of civil society with expertise in riverine ecology, hydrogeology, river basin management, wildlife and water conservation.

All the bodies, at Centre or states, would report only to it and take instructions from it. When an expert questioned if all the five state governments would come on board for this overarching suggestion, the activists said the PGB says that all the state bodies for river preservation would be formed on the same lines as the national body.

This draft, like the government’s one, has penal provisions, albeit a bit differently.

The government’s draft says that anyone found obstructing the flow of river by constructing jetties or ports without permission could be jailed for up to three years with a fine of Rs 50 crore. For defacing or spoiling ghats one can be jailed for a maximum of two years and/or can be imposed a fine of Rs 50,000. An exactly similar quantum of punishment is accorded for carrying out stone quarrying or mining in the riverbed without permission. Any private individual or any government body’s officials found discharging untreated waste in the Ganga can be jailed for a minimum of two years with a fine of Rs 5 lakh.

The people’s draft envisages equal punishment for all the crimes—a jail term of two years. For defacing ghats, the draft says, the government’s provisions are too harsh and they recommend only two months’ imprisonment. 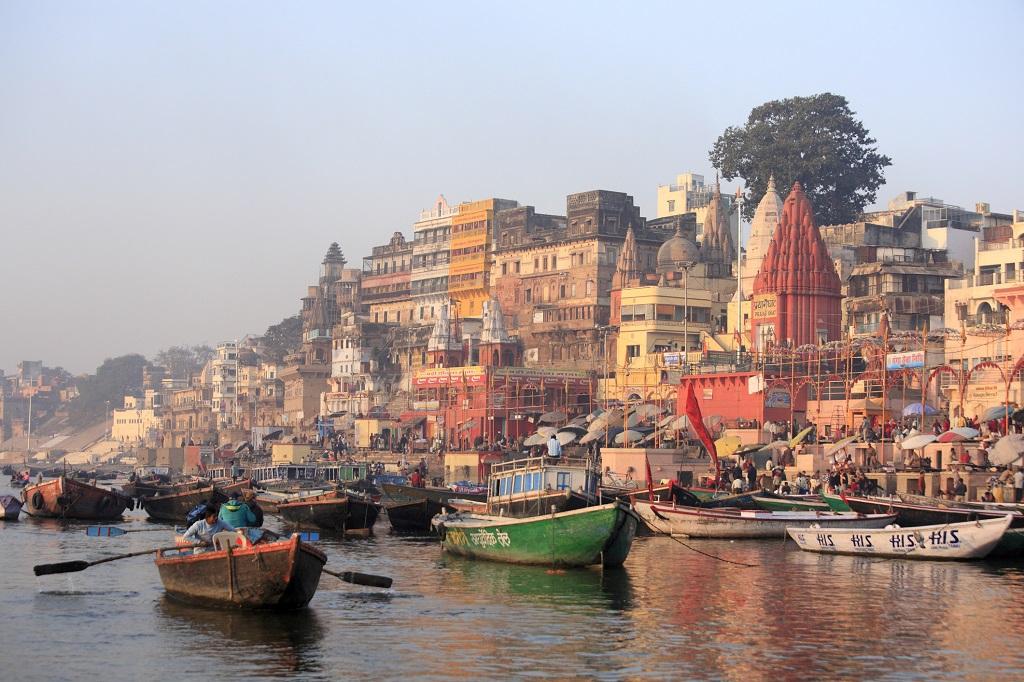 However, a senior ex-Union water resources ministry official told DTE that these penal provisions are like old wine in new bottle because similar ones already existed in the Environment Protection Act, 1986. “All they have done is make some cosmetic changes in the Act. Besides, earlier Central Pollution Control Board (CPCB) was to implement this. Now a different body will,” he said requesting anonymity.

Nonetheless, this was the first government draft which envisages formation of an armed force to monitor and arrest violators. While the government’s draft calls them Ganga Protection Corps, the people’s draft names them Ganga Sevak Dal.