In the Indus, runoff is expected to increase due to accelerated snowmelt; in the Ganga and Brahmaputra, it would be due to more precipitation, the IPCC AR6 report said 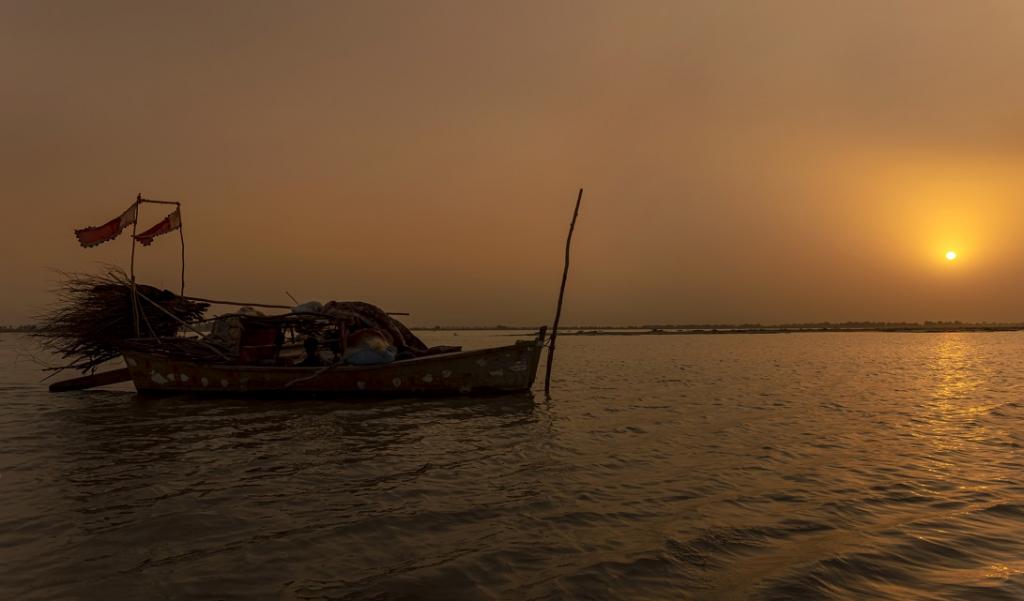 A boat on the Indus river in Pakistan. Photo: iStock

The Indus, Ganga and Brahmaputra river basins, which provide water to the most densely populated areas of south Asia, will see an increase in river ‘runoff’ by 2050 and 2100, according to projections by the Intergovernmental Panel on Climate Change (IPCC) in its Sixth Assessment Report on Impacts, Adaptation and Vulnerability, released February 28, 2022.

‘River run-off’ refers to water that comes into a river water system from sources such as rainfall, melting snow and groundwater.

The run-off could increase 3-27 per cent by mid-century, according to the report. It would be:

“The future hydrological extremes of the Upper Indus, Ganges and Brahmaputra river basins suggest an increase in the magnitude of extremes towards the end of the 21st century by applying RCP4.5 and 8.5 scenarios, mainly due to increase in precipitation extremes,” the report added.

The intensity and frequency of extreme discharges is also likely to increase towards the end of the century.

“The future of the upper Indus basin water availability is highly uncertain in the long run due to uncertainty surrounding precipitation projections,” the report said.

The run-off in the Brahmaputra, Ganga and Meghna is projected to increase by 16 per cent, 33 per cent and 40 per cent respectively under the climate change scenarios by the end of the century.

The changes in run-off in these scenarios are larger in the wet seasons than the dry season.

Extreme precipitation events are also expected to increase to a higher degree in the Indus than the Ganga and Brahmaputra basins, according to the report.

“Increase in extreme precipitation events is likely to cause more flash flood events in the future. In case of Indus, increasing temperature trend in the future may lead to accelerated snow and ice melting which may increase the frequency and intensity of floods in the downstream areas,” it said.

The Ganga-Brahmaputra region also faces the threat of increased frequency of flood events. The Ganga basin also shows a higher sensitivity to changes in temperature and precipitation.

Worryingly, future flow would increase in the Central Himalayan region in Nepal, which would have ‘serious consequences downstream’, the report said.