Ganga's minimum flow notification too vague to be implemented: Scientists 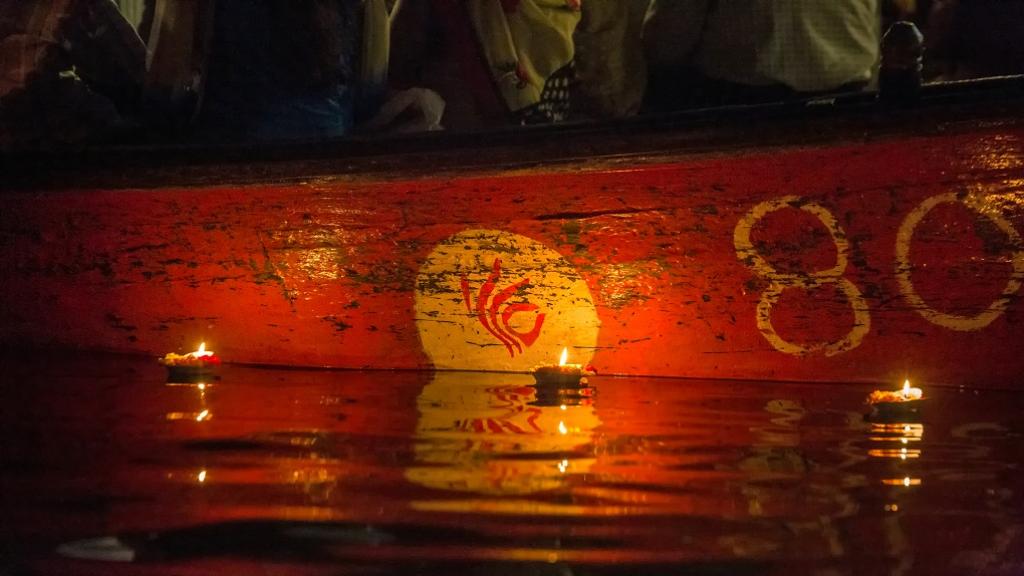 Ganga has special properties which it gets from the path it treads. Credit: Getty Images

The central government recently released a notification setting limits for minimum flow of water in River Ganga no matter how many projects consume its water. But, Vinod Tare, one of the members of the committee formed by the government to study it precisely, is not happy with it.

Tare, who headed the consortium of seven IITs on the Ganga said the limits given by the goverment don't conform to the recommendation of the committee. Scientists and activists have been continuously contending that if the flow is not maintained due to umpteen hydroelectric and other projects that consume the water of the river, all the money that is being sent on cleaning the river will go down in drain because the river itself will cease to exist.

The government just said that the upcoming projects will have to comply with certain norms to ensure 20 per cent of the monthly average flow in the dry period (November-March), 25 per cent in the lean period (October, April and May) and 30 per cent in the high flow season (June-September) in the upper stretch of the river. The notification said it would “ensure” that the river at least has the minimum required environmental flow of water even after it is diverted by projects and structures for purposes like irrigation, hydropower, domestic and industrial use etc. The notification ordered that the existing projects be tweaked in a way that they comply with the norms in three years.

"We were never in favour of flat 20-30 per cent limits. We had done exhaustive study and suggested site-specific limits as to which site of the river stem would require how much flow. I am not aware which set of data has been considered to arrive at this calculation," he said.
He is also miffed at the fact that though e-flow limits had been notified but no guidelines are out as to what modifications will the projects need to make. "We were very clear that the technical modification which the developers have to introduce to comply to the e-flow levels have to be put out by the government and not left to the judgement of these developers. Without this, I wonder as to how the notification would do any good," Tare adds.
He also says that the notification is completely silent on aquatic biodiversity of the river. "We had said that, before arriving at the limits for every specific site which harbours a particular aquatic species, it should be seen that what amount of water is required to ensure that the species is able to migrate freely. The very purpose of e-flow is to ensure free migration of these species. But that is nowhere there in the notification and therefore the purpose of the entire exercise seems to be defeated," Tare told DTE.
Moreover, the government’s notification falls short of the demands made by environmentalist GD Agarwal, who died on Thursday after a 111-day-long fast to seek a complete ban on the upcoming hydroelectric projects in the Ganga basin. In his letter to Prime Minister Narendra Modi on June 13, 2018, he had demanded that all hydroelectric projects along the Alaknanda, Dhauli Ganga, Mandakini and Pindar rivers (the streams and rivers which lead to the making of the Ganga in Uttarakhand) be stopped to ensure the natural flow of the river. He had also demanded that mining be completely stopped here, especially in the Haridwar-Kumbh region. But the government’s Wednesday notification did not ban any project.

AK Gosain of IIT-Delhi’s civil engineering department says that though the notification marks the first big step, it will not be an easy task for the hydroelectric projects to release the fixed amount of water until the investments are bettered. He told Down To Earth, “This would definitely make power production costly. Similarly, the diversion projects, which divert water for irrigation and other purposes, would see more investments," Gosain, who is also a member of the panel which had formed the Ganga Protection Law and a senior member of IIT consortium which submitted the report on Ganga said. Since there are five states on the main stem of Ganga and three in the basin, would this become another inter-state dispute when it comes to maintaining the flow as per the notification? “It might have, but the chief ministers of all five states are already on board as per Ganga River Basin Management Plan. Now, the only things required is to ensure that they don’t get embroiled in the inter-state uses and work in cohesion for the health of the Ganga,” he added.

A book ‘Ganga Rejuvenation: Governance Challenges and Policy Options’, edited by Thailand’s Chiang Mai University’s Ora-Orn Poocharoen and released in December 2017, talked about ambiguity among experts in deciding what should actually be the minimum flow.  “According to the Wildlife Institute of India (WII) however, 20 to 30 per cent of river flow in different seasons should be kept for the ecosystem and biodiversity requirements. The 2013 Inter-Ministerial Group (IMG) report recommended an e-flow volume of 25 per cent for eight months and 30 per cent for four months (IMG Report, 2013), whilst the Centre for Science and Environment (CSE) believes this is far from adequate and proposes 50 per cent for mean season flow and 30 per cent for Demand for Water in The Ganga rest time periods (CSE, 2014). The latter contends that the figure is mandatory particularly when taking both critical ecological functions and societal needs into consideration,” a chapter in the book reads.

Talking about the 20-30 per cent limit set in the current notification, Gosain said, “A number of modeling methods were considered and enough scientific calculations were done to arrive at this limit. I don’t find anything wrong in this.”

IIT-Kharapur’s Abhijit Mukherjee and others released a paper in September 2018 that said the base flow amount of the river has decreased by 56 per cent from 1970s to 2016. “No doubt it is the first good step but the government should try to come up with guidelines for design structure as well for hydroelectric projects. More defined and structured guidelines will help pave the way for implementation of guidelines,” said Mukherjee while adding that such precedents exist in countries such as the US which see to the fact that the minimum flow is strictly maintained. Mukherjee’s opinion was also sought in for this e-flow draft notification.

He also stressed upon the fact that the monitoring would prove to be critical. The notification says the flow conditions in these river reaches will be monitored at hourly intervals. The Central Water Commission will be the designated authority and the custodian of data, and will be responsible for supervision, monitoring, regulation of flows and reporting of necessary information. “The water level had to be measured at points spanning short distances. The CWC’s role would be extremely critical and it would require them to be well-equipped and well trained. Only then this notification would serve any purpose,” he said.

UGC’s emeritus professor and Banaras Hindu University’s Ganga Research unit’s in-charge BD Tripathi said it was the first time that the government has come with such a notification. “The fact that existing projects have been given three years to comply to standards points to the fact that the government wants some breathing space to be given which is good.” He added, “A lot will depend on the honesty of the implementing agency. We have enough pollution abatement rules for the river but it is only becoming dirtier by the day because the officials lack will to implement them.”

Incidentally, the first report on aquatic biodiversity under Namami Gange prepared by Dehradun-based Wildlife Institute of India categorically said that 28.6 per cent of Bhagirathi river channels and 35.2 per cent of Alaknanda channels had turned ‘ecological deserts’ due to 16 existing, 14 ongoing and 14 proposed hydroelectric projects on the Bhagirathi and Alaknanda river basins—the tributaries of the Ganga. They had clearly said that they are hampering the flow in the river so much that the existence of the precious Ganga Dolphin may soon be extinct.

Tripathi says that though the government has addressed the need of flow, but people still have to be made aware. “If the flow is maintained it can solve the problem of 60-80 per cent of organic pollutants and we may not require such a big programme,” says the professor. The hydroelectric projects, the barrages and the canals especially in Uttarakhand and Uttar Pradesh have wreaked havoc on the Ganga.

He also says that unlike other rivers, Ganga has special properties which it gets from the path it treads. “The Ganga, because of the presence of medicinal plants on its path, can treat people of skin infections. Also, the path it treads is very rich in minerals and has bacteriophages which kill the bacteria. If you chain the Ganga with barrages and canal diversions and therefore alter its natural path, it will lose these properties,” says Tripathi while adding that due to restrictions and decrease in flow, the velocity decreases and siltation increases. This makes minerals settle down at the riverbed.

His theories can also be corroborated with activists and boatmen. Vijay Dwivedi, an Allahabad-based activist who has formed a Ganga Sena, which cleans the river regularly, says that in monsoon, the water level in Ganga is good enough. “But you should have come here in April or May. There is not even knee-deep water. People graze cows, learn two-wheeler driving and play cricket on the surface of Ganga.”

“Even the fish die in summer due to lack of water. People coming to the ghats usually don’t go for boat rides in the summer and it hits us badly,” Gopal Nishad, a boatman told DTE at Sangam. Nishad, who has been living around Sangam for the last 30 years says, till few years ago, we used to hear the sound of waves of Ganga water from a distance. Such was the flow. However, things have deteriorated sharply now.”