More than half the heat in the world’s oceans has been absorbed in the past 10 years, a new study published in Nature Climate Change journal has revealed. It maps the heat intake by oceans since pre-industrial era.

The study also says that 90 per cent of the heat from global warming is accumulated in oceans.

Ocean was divided in three parts, upper (0-700 m), intermediate (700-2,000 m) and deep (>2,000 m) layers and observed them separately. The study shows that two-thirds of the total heat is present in the upper layer, while the rest (one-third) is in the deeper layers.

However, the heat content below 700m is increasing at an accelerated rate, the study says. This is particularly alarming as it will have implications on delicate marine life of these regions. 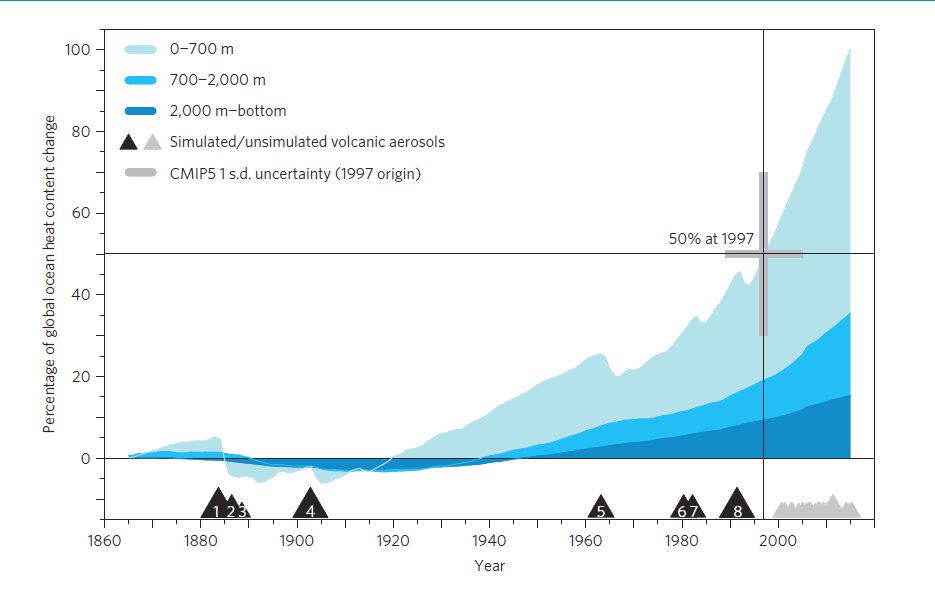 The absorption of carbon dioxide has increased the acidic content of oceans by 30 per cent, and may affect corals and oysters.

The oceans are expected to absorb more heat, at an accelerated rate.

The researchers use data from diverse sources, dating back to the Challenger expedition of the mid-nineteenth century that gathered data on a wide range of ocean features. Data collected from the recently developed free-drifting Argo floats that profile upto 2,000 m of sea water, was also used.