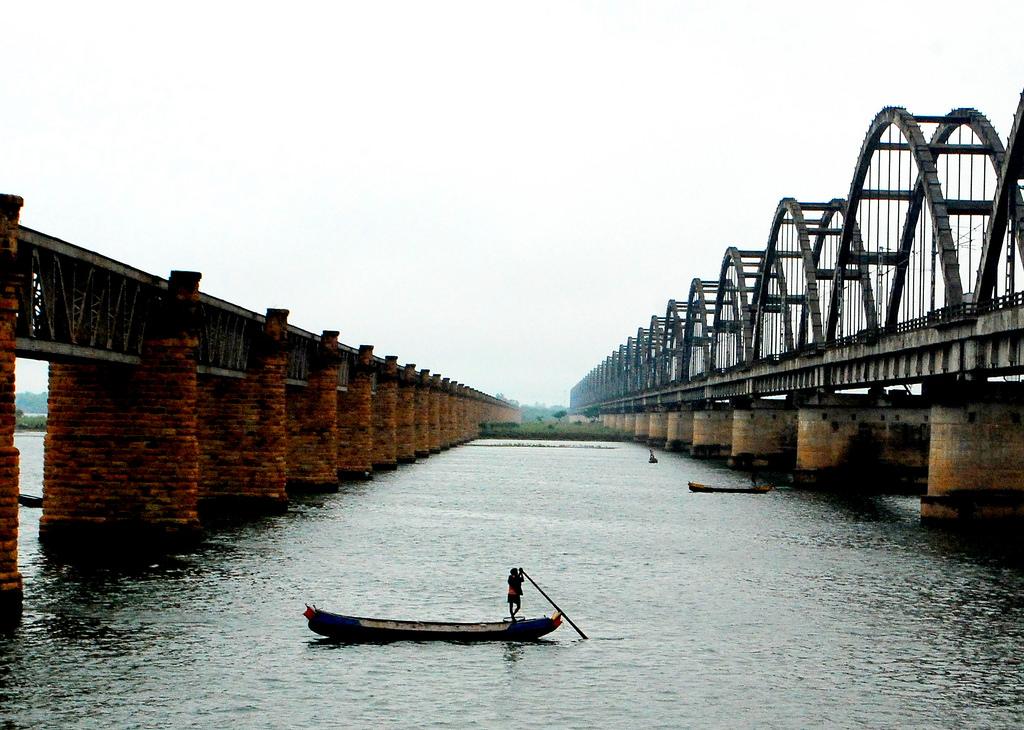 Telangana and Maharashtra on Tuesday entered into a final agreement on several irrigation projects on the River Godavari. Chief Ministers of both the states signed the pact during Godavari River Board meeting in Mumbai. Earlier in March, Telangana and Maharashtra had entered into five separate MoUs on irrigation projects to be built across the River Godavari and its tributaries—Penganga and Pranahita.

What does the agreement promise?

The agreement, which aims at ending a decades-old dispute on utilisation of water in the River Godavari and its tributaries, has proposed to set up an inter-state water board.

According to the pact, Maharashtra and Telangana will together construct five barrages at various points on these rivers to benefit farmers in both states.

All these projects are part of Pranahita-Chevella lift irrigation scheme that has been rechristened as Kaleswaram project. Once completed, these projects are expected to irrigate over 2 million acres in Telangana and more than 50,000 acres in tribal areas of Maharashtra.

How crucial is it for Telangana?

With the River Godavari often flowing at a low level, the scope for gravity-fed canal systems in Telangana is limited. Hence, lift irrigation is mandatory at many places of this newly formed riparian state. This pressing need for irrigation projects made the state work towards resolving the issues with Maharashtra.

Ever since K Chandrashekar Rao became the chief minister of the new state in June 2014, his focus has been on redesigning projects to achieve its target of irrigating 10 million acres of the drought-hit state.

Is it a historic pact or historic injustice?

While the heads of both the states are calling it historic for setting a trend of making amicable solutions to inter-state water disputes, the critics find faults in this agreement and dub it as 'historical injustice' to the people of Telangana.

Tummidi Hatti barrage, which will be built across Pranahita—a tributary to Godavari—has become a moot issue with the protesters who call it a compromise with Maharashtra government since Telangana agreed to reduce the height of barrage from 152 metres to 148 metres on the insistence of the neighbouring state.

Congress MLA Vijay Wadettiwar lodged a strong protest over building of Medigadda Barrage, which, he claims, will destroy the farmers completely. He questioned state government’s decision to not to take local public representatives and farmers into confidence. Fearing that almost 21 villages in Sironcha Taluka of Gadchiroli district will be submerged in water because of this project, he alleged that the project is an outcome of pressure given by the Maharashtra Governor, who is from Telangana.

Activists argue that the Tummidi Hatti barrage is the only irrigation project in Telangana with high gravity to take water to most parts of the state. Hence, reducing its height will adversely affect the interests of Telangana and its farmers.

Telangana Pradesh Congress Committee (TPCC) president N Uttam Kumar Reddy also claimed that the agreement would affect the irrigation interests of Telangana. According to him, the reduction of height at Tummidi Hatti would deprive people of the opportunity of having a gravity-cum-lift irrigation scheme, if its height had been 152 metres as proposed by the erstwhile Congress government.

In fact, earlier agreement signed on May 5, 2012 was aimed at maintaining water storage in the reservoir at 160 tmcft. But now, the storage level would come down to 100 tmcft.

Decision to reduce height of barrage linked to flood risk

The objection to height was first raised by the earlier CM of Maharashtra, Prithviraj Chavan. Even the present minister of state for irrigation of Maharashtra, Vijay Shivtare, has stated that the full reservoir level of Tummidi Hatti should be reduced from 152 metres to 148 metres so that about 21,000 hectares from 30 villages in Chandrapur and Gadchiroli districts of Maharashtra can be saved from submergence.

Farmers and civic bodies also allege that Telangana government’s nod for redesigning irrigation projects will cause state treasury an additional burden of about Rs 50,000 crore. Despite increasing the projects' capital outlay, they claim that there was no increase in size of ayacut (area served by an irrigation project). It remains unchanged at around 1.6 million acres.

For Andhra farmers, the worst fear would come true

The farmers in Andhra Pradesh are worried as to whether they would get enough water to take up Rabi crop in the coming days. Since there had been no big projects upstream of the Godavari River till now, the farmers in Godavari delta had unhindered access to the river water, a prerequisite for growing rabi crop.

With the Telangana government entering into an agreement with Maharashtra on building barrages on the river, the consequences might prove disastrous to the Godavari delta farmers. According to Nagendranath, president of Andhra Pradesh Rythanga Samakhya, “Once they are constructed, the availability of water even at Bhadrachalam is very much doubtful during lean period.”

The Godavari River, the second longest in India after the River Ganga, originates at Tryambakeshwar in Maharashtra and flows east for 1,465 km before emptying into the Bay of Bengal (in West Godavari district of Andhra Pradesh). According to the data available till 2012, 350 major and medium dams and barrages had been constructed in the river basin.