How paddy affects: Groundwater table in this Karnal village is now at 1,000 feet 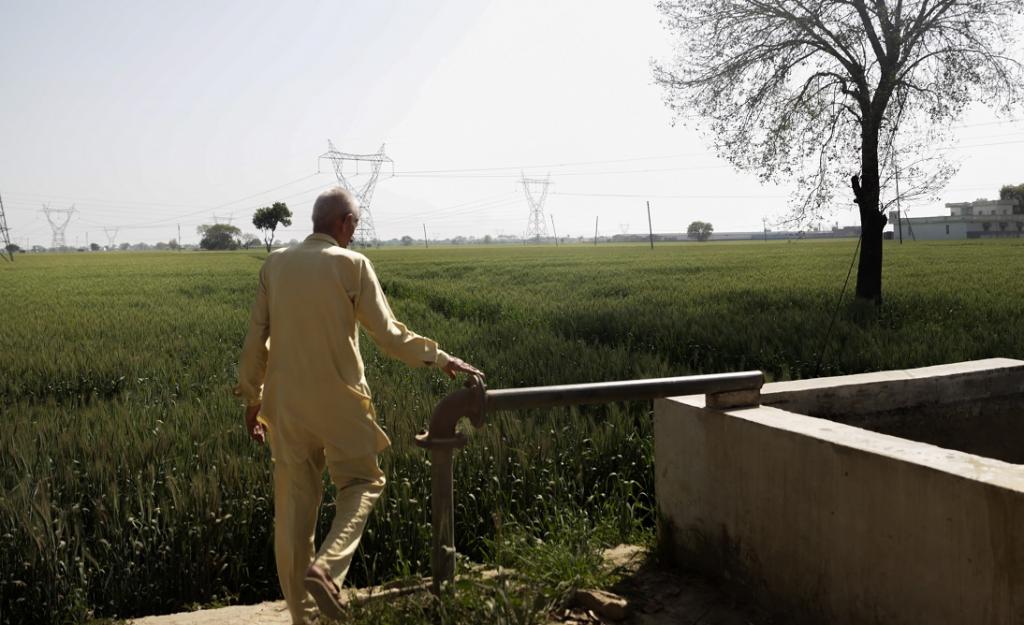 A tube well in Ardana near Karnal in Haryana. Photo: Midhun Vijayan / CSE

Ardana is like any other Haryana village, located about 140 km from India’s capital, New Delhi. But its green fields of paddy and wheat hide a looming disaster. Groundwater levels in this village in Karnal district have reached 40 metres (131.24 feet) according to the government, but may have reached 304.8 metres (1,000 feet), if one believes the residents.

The reason behind the extreme groundwater crisis in Ardana is the paddy-wheat crop rotation cycle, with farmers extracting water to grow water-guzzling paddy in what is a semi-arid environment.

The Haryana Water Resources (Conservation, Regulation and Management) Authority stated in June 2020 that groundwater in Ardana was found at 40 metres (131.24 feet).

It also noted that this level was 8.04 metres in June 2010. Thus, the groundwater level in Ardana declined by 31.96 metres in a decade. That is, an average of 3.19 metres of water went down every year.

The Authority was constituted in 2020 under the Haryana Resource (Protection, Regulation and Management) Authority Act 2020.

It issued a public notice January 7, 2022, where it classified all 6,885 villages of Haryana into different categories.

Ardana, along with 1,779 other villages, was classified as being in the ‘Red’ category. If a village is in the ‘Red’, it means it has a severe groundwater crisis on its hands. It also means that the groundwater level in the village is below 30 metres.

The number of villages where groundwater is found at a depth of 1.5-3 metres is 319 and those with groundwater levels of less than 1.5 metres is 85.

Residents of Ardana, however, claim that groundwater levels have has reached 200-250 feet (more than 60 metres).

In fact, Ardana tops the list of ‘Red’ category villages in Karnal district of which, there are 46 in all.

Three tube wells installed by the Haryana Public Health Department have reached depths of up to 1,000 feet. Some big farmers have also installed submersible pumps by boring up to 1,000 feet below to irrigate crops. Each such pump costs Rs 15-16 lakh. Farmers who install tube wells at depths of 200-250 feet, have to shell out Rs 4-5 lakh.

In summer, when the need for water increases, farmers take water from a canal passing outside the village. For this, the irrigation department has to be paid Rs 6,000 for a season.

Residents said the village was not always like this. Back in 1995, they availed drinking water from wells, but also from the canal.

Irrigation was done with canal water. Some landowners had installed tube wells but the depth then was a maximum of 20 feet.

However, demand for water soon began to rise and wells dried up. Farmers started installing tube wells, but even then, water was available at 60-75 feet.

But in 2007, a bad drought caused almost all tube wells to dry up. More tube wells were installed and the water level reached 200-250 feet. Water at this level was brackish. Hence, boring plunged to newer depths till it reached 1,000 feet.

The rise in water demand could only be due to the paddy-wheat crop rotation cycle, which has been blamed by agricultural experts to be behind decrease in groundwater levels across Haryana.

Paddy especially needs a lot of water. Some 2,500-5,000 litres of water are needed to grow one kilogram of rice.

But farmers in Ardana are not very enthusiastic about this scheme. Ram Diya Sharma, a farmer who cultivates seven acres said only paddy and wheat are profitable.