How the Centre’s water management boards can spell doom for Andhra Pradesh, Telangana

The Centre has usurped all the powers of the states over irrigation projects and imposed all the liabilities on them, experts say 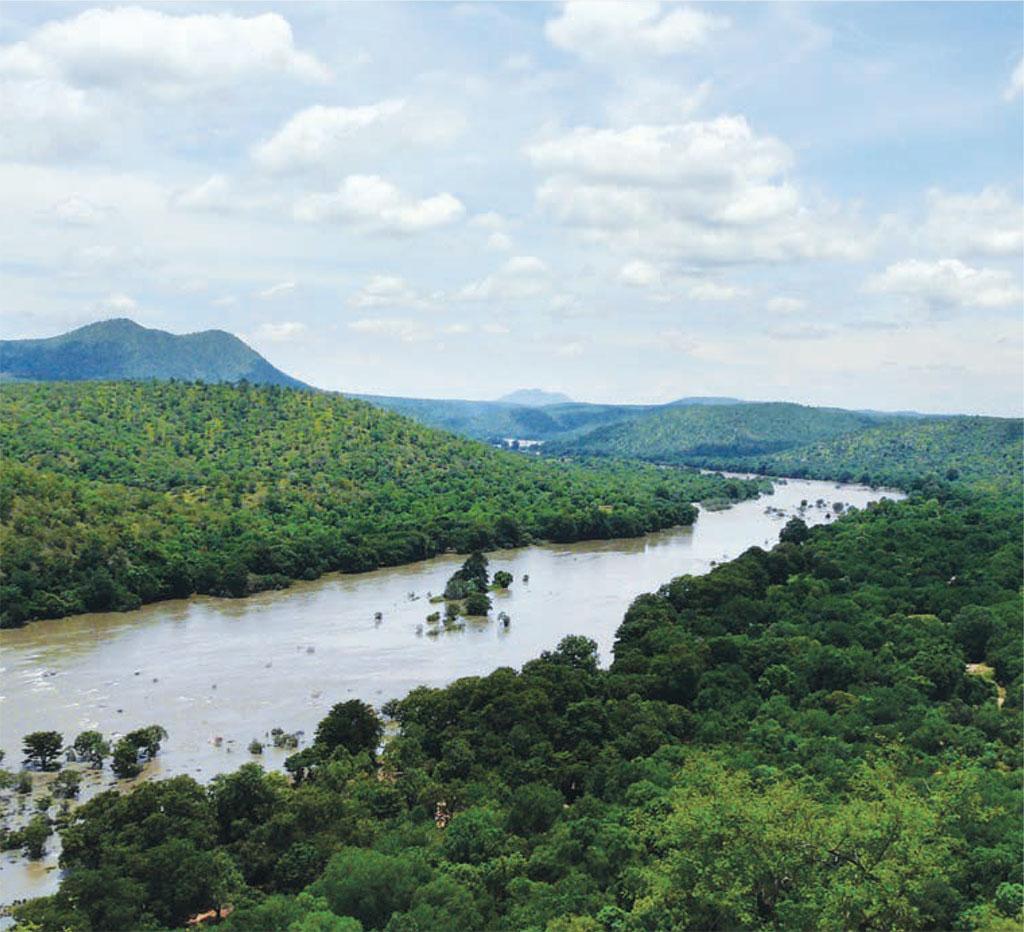 The Narendra Modi government has watered down the ‘water federation’ by taking over the Krishna and Godavari rivers from the riparian states.

The Union Ministry of Jal Shakti (department of water resources, river development and Ganga rejuvenation) issued a notification from July 15, 2021 that had serious implications for the two Telugu states — Telangana and Andhra Pradesh.

Seven years after their constitution, the Centre decided their ‘jurisdiction’, which according to them, means transferring of the operation of all projects, including hydel power generation.

It is not just transferring the controls but divesting all the assets from the two states lock, stock and barrel, and vesting them in the Union through the nomenclature of river management boards.

The notification in the name of prescribing jurisdiction of the Krishna and Godavari River Management Boards (KRMB and GRMB) relieved the states from all their powers and jurisdiction and handed over them to the boards.

It attracted the criticism that the Centre has usurped all the powers of the state governments over all the irrigation projects (35 on Krishna basin and 71 on Godavari) with reference to all functions.

Strangely, the centre imposed all liabilities arising out of functions on the states. The notification disqualified the engineers and personnel of two states from becoming chairman or any functionary in the boards, and empowered the Centre to appoint its officers only.

The babus (bureaucrats) and engineers of the Centre will really own Krishna and Godavari and act according to the whims of their political bosses. Thus, it amounts to taking over of the two major rivers and depriving the states totally.

The states are directed to deposit funds worth Rs 400 crore each to boards as seed money to enable them to discharge functions effectively and were told to deposit required funds additionally within 15 days of demand by the boards.

States have to give away their money, staff, assets, projects, operational powers and control over all the projects in which they invested lakhs of crores of rupees since a long time.

The two boards will have the power to give any direction to the two states for maintenance of projects and states are supposed to obey. The boards were given full authority to get their orders implemented.

The notification further mandated: Everything in plant, machinery equipment and stores, besides vehicles, will go to KRMB and GRMB. If any question arises as to whether the KRMB or GRMB has jurisdiction, the decision of the Centre shall be final.

All the unapproved projects will have to come to a grinding halt, even if it causes economic disaster to the state. But the centre will not take any responsibility.

Financial liability of any contract before the date of commencement of this notification, liability arising out of any of the present and future cases filed in the Supreme Court, high court, any other court or tribunal in regard to the projects or components specified in Schedule 2 shall be the responsibility of the respective state governments.

It is not that approved projects, either completed or ongoing, were left to the states. They were also taken over and brought under the ‘jurisdiction’ of relative river management boards.

There is no doubt that a serious dispute evolved between Andhra Pradesh and Telangana, but this notification has not addressed it at all. Telangana was demanding the reallocation of its share in two rivers, especially because it gained state status in 2014 and was asking for allocation for the first time. The approval of projects depended upon the allocation of waters.

The central ministers, surprisingly, claimed that the taking over of rivers is to diffuse the tension created by the ‘dispute’. But, in reality, there is neither intention nor attempt to resolve it.

The entire basis of the usurpation is claimed to be the ‘authority’ delegated to Union by the Andhra Pradesh Reorganization Act, 2014, dividing the state into two.  The Act enabled the Union to constitute two river management boards and decide its jurisdiction.

The boards were constituted in 2014 but their jurisdiction was thought about in 2020 and take-over notifications were given on July 15, 2021.

Deciding jurisdiction does not mean taking over the assets and all controls, depriving the riparian states of their rights over rivers running through their states. It is shocking that Andhra Pradesh welcomed this taking over. It means submitting their sovereignty at the feet of the emperor in Delhi.

The Telangana government questioned this: How can the Centre take over without reallocating the water shares, especially after a new state was born and relook or re-distribution of water was sought?

The Centre already proposed two river bills, which will deprive the states and empower a few top-level Babus — the ‘owners’ and ‘managers’ of rivers — without entrusting any responsibility of protecting, cleansing or rejuvenating the rivers.

When states have spent huge amounts on various projects, how can they be deprived of their property? It is the duty of the Centre to manage the affairs if there is a dispute among states, and see that dispute is settled. But it cannot abstain from this constitutional duty and own the rivers at the cost of state’s autonomy and sovereignty.

Views expressed are the author’s and does not necessarily reflect that of Down To Earth.