India has 20 river basins, all over-exploited

Over 60 years after the country got its first plan to rejuvenate the rivers, not a single basin has been spared from overexploitation

Assi, the Ganga’s tributary, is barely visible as residents of Varanasi have constructed buildings and dispose all their waste here. Photo: Vikas Choudhary

All the 20 river basins of the country share the story of the Cauvery: how human interference has changed every river’s form and flow pattern over the past few decades.

Water in the country’s three major rivers — the Indus, the Brahmaputra and the Ganga — has plummeted drastically. Central Water Commission’s 2017 data shows that between 1984-85 and 2014-15 water in the Indus dropped by 27.78 billion cubic metres (bcm), almost equal to the average water available in the Cauvery during this time. In the Brahmaputra it dropped by 95.56 bcm and in the Ganga by 15.5 bcm.

The Ganga basin, the country’s largest river basin, is degraded as forest areas are rapidly transforming into agricultural and urban lands. It is alarming that in the lower parts of the basin — in Madhya Pradesh, Rajasthan, Jharkhand and West Bengal — land in many areas has turned barren.

Rampant deforestation has cost the Ganga over 1,500 billion cusecs water near the Himalayas, says Prakash C Tiwari, lead author of a 2015 study on the Himalayan basin conducted along with the Australian National University of Canberra.

It is, therefore, not surprising that along with the Ganga, the flow of its major tributaries has also slowed down. Between 2005-2006 and 2014-2015, the flow of Sone and Ramganga reduced the most — 69 and 55 per cent respectively, shows an analysis by Delhi-based think tank Centre for Science and Environment.

The region is now turning arid and has repeatedly witnessed flash floods and landslides in the past 15 years. In the past 30 years, many springs in the region have dried up. The springs in Shilma dried by 25 per cent, in Hamirpur by 31 per cent, in Solan by 39 per cent and in Almora by 41 per cent.

A study by the National Institute of Technology, Karnataka on the Netravathi river basin shows how urbanisation-driven change in the land cover can negatively impact a river’s hydrological parameters. Netravathi originates in the Western Ghats of Karnataka and flows into the Arabian Sea in Mangaluru.

This river basin witnessed increased runoff and lowered evapotranspiration—when water from the soil and other surfaces transferred to the atmosphere by evaporation and by transpiration from plants.

The devastating impact of rampant degradation of rivers and their basins has hardly evoked a debate or policy changes.

“The government should understand that if catchment areas are not protected, it will have a huge impact on the health of the Ganga, Yamuna and other such rivers,” says environmentalist Ajay S Rawat who is fighting to save the waterbodies of Uttarakhand. But governments since Independence have failed to formulate a concrete plan to manage India’s water basins.

THE COUNTRY’S FIRST Five-Year Plan (1951-56) stressed on the importance of soil conservation and protecting soil from floods and erosion. It proposed the establishment of Central and state soil conservation boards.

It also advised the states to enact their own legislations on soil conservation. But both the Central and state governments ignored all the suggestions.

In 1956, the River Board Act was framed. Every state was to have a river board to regulate and develop inter-state river basins and valleys.

In 2013, the Ministry of Water Resources formulated the National Water Policy, calling for better governance, planning and development of water resources.

The objective was to protect the rivers and waterbodies by identifying and protecting the flood plains, removing encroachments, checking illegal sand mining and pollution and improving the maintenance of water infrastructure.

“But the policy is fundamentally flawed,” Archana Vaidya, environment law consultant told Down To Earth. It treats preservation of natural water sources and water infrastructure in the same manner. “While preservation of natural water sources is the fundamental duty of every citizen, building infrastructure is a function of financially viable organisations responsible for the work,” she says.

On the one hand, the policy advocates that water resource planning should be done at the basic level, and on the other, it says we need to have a national perspective while planning. The policy states that Integrated Water Resources Management, which promotes coordinated development and management of water, should take into account river basins and sub-basins as the unit for development.

It also states that local bodies like panchayats, municipalities and corporations and water user associations should be involved in project planning and implementation. But the policy does not clarify how these two can be merged.

In 2015, the erstwhile Ministry of Water Resources, River Development and Ganga Rejuvenation brought out the draft National Water Framework Bill.

It provided an overarching national legal framework for the protection, conservation, regulation and management of water as a vital but stressed natural resource, while including the management of river basins. But the draft Bill does not focus on critical aspects of water management. 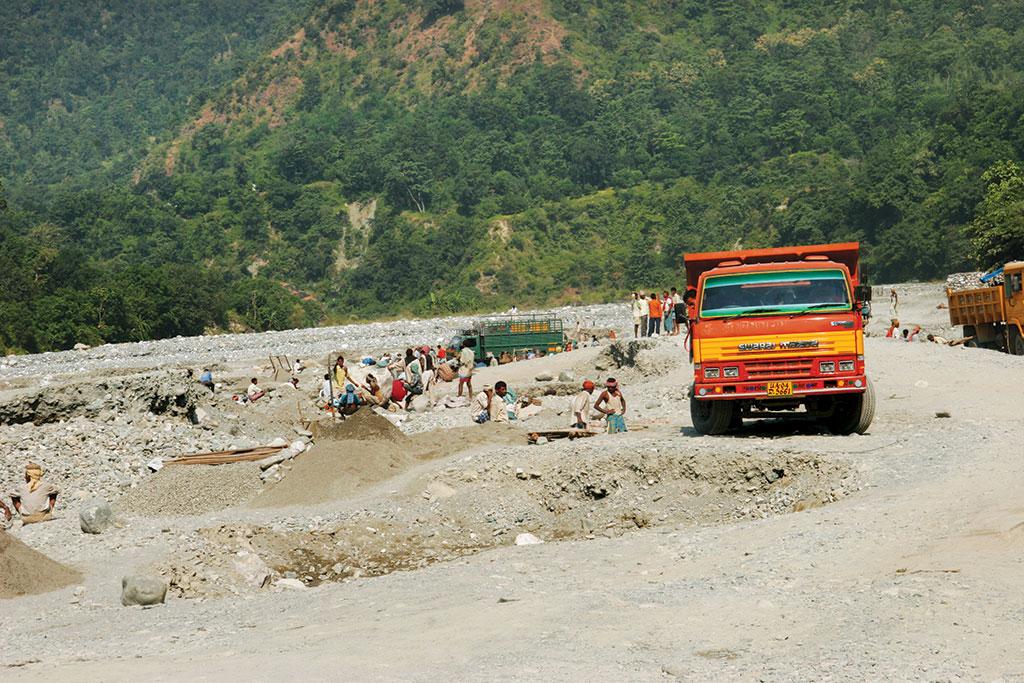 The reelected Narendra Modi government launched the Ministry of Jal Shakti by integrating all the water-related ministries — the Ministry of Water Resources, River Development and Ganga Rejuvenation and Ministry of Drinking Water and Sanitation — along with the National River Conservation Directorate.

The prime minister called it a symbol of his commitment towards solving India’s water crisis. But will this convergence solve any purpose?

“Evidently, no great improvement has been sighted in the status of the Ganga,” says Manoj Mishra of Yamuna Jiye Abhiyan, a consortium of organisations that aims to revive the Yamuna.

“The government took no initiative to generate public awareness on the threats of river pollution, or in involving local communities in the project,” says R S Lal Mohan, chairperson of Conservation of Nature Trust and convenor of the Nagercoil chapter of the Indian National Trust for Art and Cultural Heritage.

“An umbrella ministry sounds good, but saving a river basin needs terrainspecific planning which has always been ignored,” says Rawat. Uttarakhand, for instance, has six river catchments and 1,120 micro watersheds. Planning for these should start from micro watershed level and accountability should be fixed on high-level officials, he adds.

No country can attain self-sufficiency in food production, water availability and distribution of water resources unless the fundamentals are addressed, says Mohan. It is essential to form a river basin protection board which has the power to regulate the development of river basins and to protect rivers from over-exploitation and pollution.

The health of people is intimately intertwined with the health of the rivers and the river basins, he adds. “Premium should be on conserving whatever evergreen and semi-evergreen forests we are left with now through appropriate conservation and management practices,” say researchers of Energy and Wetlands Research Group, Centre for Ecological Sciences, Indian Institute of Science, Bengaluru.

The prime minister’s focus on water conservation in his second term surely gives hope of cleaner rivers, but for this the country needs to protect its catchments and the channels that feed them. For this, strict laws and their implementation are of utmost significance.