Varanasi, followed by Kanpur and Haridwar, has most sites of pollution 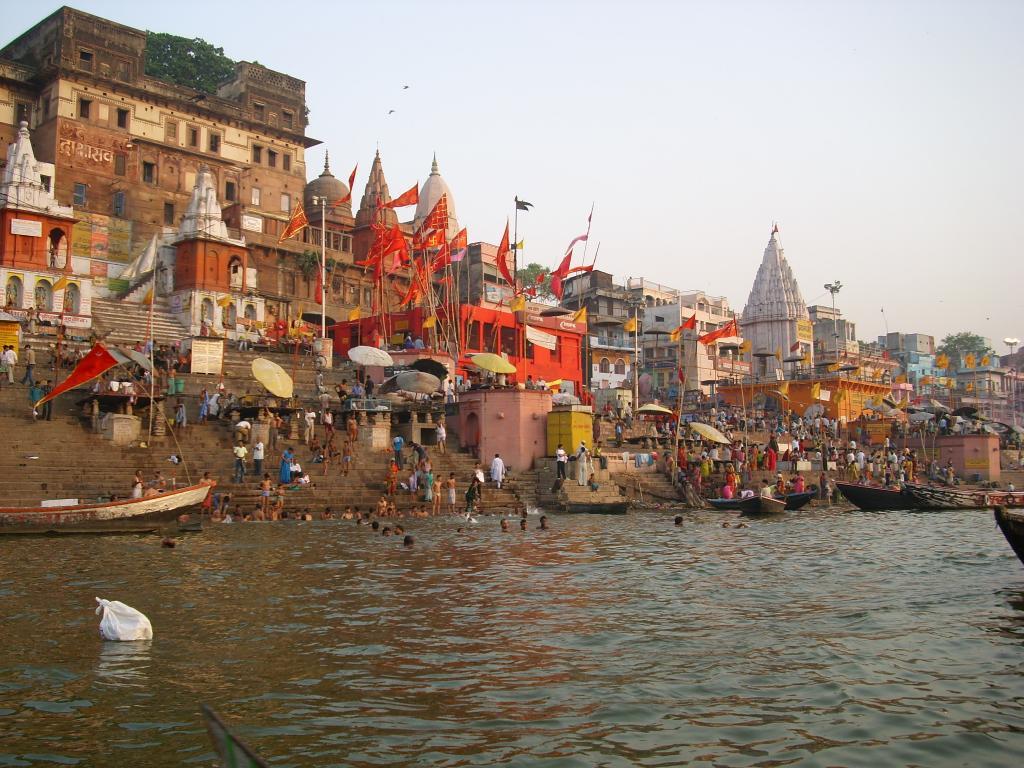 Varanasi had the most sites polluted with microplastics according to a recent study.

Microplastics are plastics that are less than 5 millimetres in size but are a major source of marine pollution. They are non-degradable plastics that often entered the Ganga through industrial waste or packaging of religious offerings, its research found. The density of population in the three cities also added to the problem because a large chunk of pollutants got directly discharged into the river by people living on the banks.

Among the three cities, the Toxic Link’s study found that sites at Varanasi showed the maximum load of microplastics in the water of the Ganga, as compared to the other two cities. This might be due to cumulative downstream pollution as well as industrial and human activities. Assi Ghat in Varanasi had the maximum abundance of microplastics.

The Dohri ghat in Kanpur ranked topmost among all 15 sites (five each from all three cities) from where the river water sample was collected. This was thanks to the sewage and / or industrial effluents coming from the city of Kanpur.

Pollution of all kinds increased as one travelled downstream from Haridwar to Varanasi. This was not only been pointed out in the Toxics Link report but many others. “It indicates that municipal and industrial discharges are responsible for microplastics pollution in the river water. The pollution becomes more prominent in Kanpur and Varanasi, which may be due to discharge from tanneries and other industries like textiles, etc,” the study found.

The researchers tried to compare the microplastics concentration in Ganga water with similar studies on other rivers across the globe, like the Rhine in Europe, the Patapsco, Magothy, Rhode in North America and the Elqui, Maipo, Biobio, and Maule in South America. They found the Ganga microplastics pollution was much higher. This was in spite of a higher per capita consumption of plastic in the European countries, North and South America, as compared to India.

The study not only measured the amount of microplastics but also did an analysis of its types present in the Ganga. Ehylenevinyl is particularly suited for food, drugs and cosmetic packaging.

Polyacetylene is used as a doping agent in the electronics industry. Polypropylene is also used in packaging, plastic sheets, fibre, fabrics, rope, etc. PIP is mainly used in footwear and baby bottle nipples.

Polyamide, commonly known as nylon, is used as a natural fibre and as metal wires in clothing and industry. All these and 36 other types were found in the samples. Their concentration varied from site to site.

How does it impact people?

The results of this study are a matter of grave concern not just for academic and scientific interests but also from the public health perspective. The Ganga is a source of water for not just drinking and bathing purposes but also for irrigation to a large extent.

Microplastics in river water, if ingested in humans or other organisms, can cause toxicity through various means. Not only are these microplastics toxic themselves, they also have a tendency to absorb various toxins present in water, including harmful chemicals.

The study also shows that the river is acting as a carrier of plastics and microplastics and transporting significantly large quantities into the ocean.

Although some of the effects of microplastics on public health are understood, a lot still needs to be done.

“Microplastics and their impact on marine bodies and the environment is documented through various research studies. But there is hardly any work for assessing their impact on human health,” the study noted.

Microplastics could have a serious impact on human health considering their property to absorb toxic pollutants. Studies needed to be taken up to understand this in depth, the study added.

The study also recommended the strengthening of implementation of Extended Producer Responsibility (EPR) in Plastic Waste Management Rules since a lot of pollution in the Ganga was due to industrial waste.

EPR put the onus of plastic waste management on the producers or the companies manufacturing the products. It also pushes the argument that rivers should be declared as ‘no plastic zones’.