No basic facilities, no vote, say residents of 160 villages

In just eight days from now, the phase-wise elections for the 17th Lok Sabha will begin and parties have already started releasing their manifestos with promises to lure the masses.  But even as people are expected to come out and cast their votes in large numbers to elect their representatives, around 165 villages from 14 states have decided not to vote this time.

Most of these villages are in Uttar Pradesh, Karnataka and Maharashtra. The others are in Assam, Chhattisgarh, Himachal Pradesh, Odisha, Rajasthan, Tamil Nadu, Telangana and Uttarakhand. These also include ones adopted under the government’s rural development scheme — Saansad Adarsh Gram Yojana.

The reasons behind this boycott are largely the poor state of rural development even after 70 years of independence, farmer distress and tribal rights.

Lack of basic amenities like drinking water and roads is the most common reason for resentment in all the villages.

In Uttar Pradesh, locals of Muzaffarnagar's Bhopa region, which falls under Bijnor constituency, wanted a bridge over River Sonali. But since the government has failed to meet this demand, the villagers have to travel more than 5 kilometres to go to their farms. 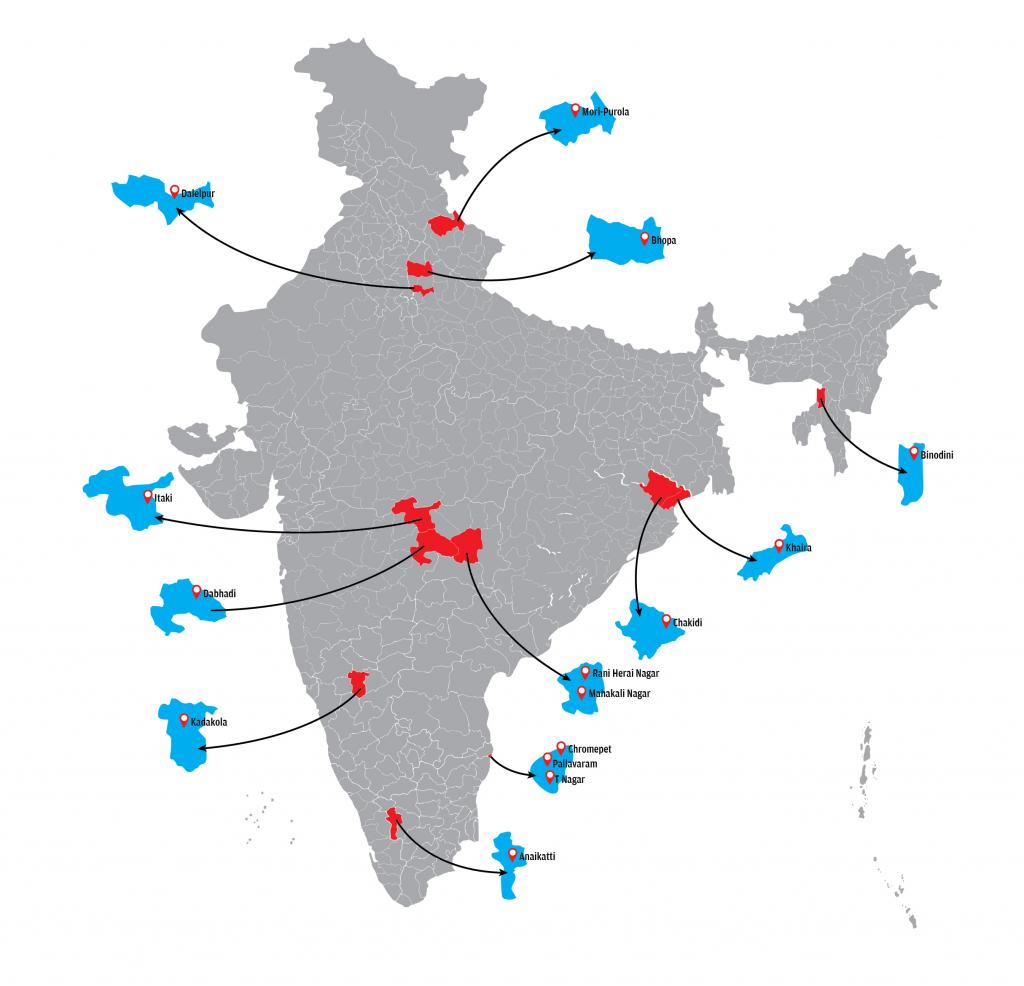 Some of the villages that plan to boycott the LS polls

Similarly in Karnataka, several villages in districts of Shivamogga, Gadag, Chikkamagaluru, Mysore and Malnad have been patiently waiting for progress for several years. But the residents have decided to not vote this time owing to lack of basic amenities like drinking water and roads. A call to boycott by one such village — Kadakola — that is home to 3,500 voters, is expected to affect political parties.

Villagers of Narayanpur, near Dambal, too are demanding good roads and want their village to be declared a revenue village.

Similarly Itaki village in Daryapur taluka of Andhra Pradesh’s Amaravati district has decided to boycott the LS elections as a bridge, that connects the village to the bus stand, has been broken for the last 30 years and no government has even attempted to reconstruct it.

But residents of Binodini gram panchayat in south Karimganj, Assam, have been waiting for a bridge for even longer. They have been demanding a bridge across Gulcherra river for 65 years and have now lost patience.

This is when Union minister Piyush Goyal takes pride in tripling the construction of rural roads under the Pradhan Mantri Gram Sadak Yojana.

In Uttar Pradesh, 250 residents of Dalelpur village have not had electricity in their homes and have decided to boycott the 2019 elections. People of Chakidi, a tribal village in Bangiriposi Assembly segment in Odisha, too will boycott the upcoming elections for similar reasons.

According to the government, more than 26.02 million households got electricity connections under Saubhagya scheme, but people in 40 villages in Mori-Purola area continue to live in the dark in the absence of grid-based electrification. They have not to vote to express their resentment.

While the Consortium of Indian Farmers Association has decided not to vote for BJP candidates in 2019 Lok Sabha elections for “betraying” the farming community, the Naba Nirman Krushak Sangathan in Odisha has decided to boycott the polls to protest against Odisha government’s “gross apathy” towards farmers.

Farmers in Khaira block of Balasore district in Odisha too may boycott the upcoming general elections if the authorities fail to open mandis and buy paddy.

Farmers are so dissatisfied with yield procurement facilities that they have left their paddy in the open to be devoured by insects and birds. Farmers in states like Karnataka and Uttar Pradesh are boycotting elections for poor compensation for their land acquired for infrastructural projects.

Same is the case with villagers in Dabhadi in Yavatmal district of Maharashtra. They have not good rates for their farm produce for the last five years.

According to media reports, voters from two tribal settlements near Anaikatti in Coimbatore district of Tamil Nadu will not vote owing to a three-year delay in construction of houses under Chief Minister Solar Powered Green House Scheme.

Urban Indian residents have also decided to not cast their vote owing to lack of basic amenities like clean drinking water and good sewerage systems. For example, Chromepet and Pallavaram areas in Chennai, which was selected under the Smart City project, allegedly continue to face water scarcity, but the government has failed to introduce a concrete scheme to address their problem.

Another area in Chennai — T Nagar — allegedly continues to suffer from encroachment and poor maintenance of storm water drains. This has led to water contamination and scarcity.

Also, Rani Herai Nagar and Mahakali Nagar slums in Chandrapur district of Maharashtra have failed to develop even after 30 years.

Residents of all these areas might not vote this year to highlight their demand for basic civic amenities.

People have tried to express their resentment against political parties through such boycotts in the past too. Such a boycott was reported from at least 12-14 states on similar developmental issues in the last elections.

While there has certainly been an increase in the number of such boycotts over the years, the issues continue to remain the same.