In absence of proper sewage treatment facilities, the new draft will not be able to ensure quality of both drinking and bathing water 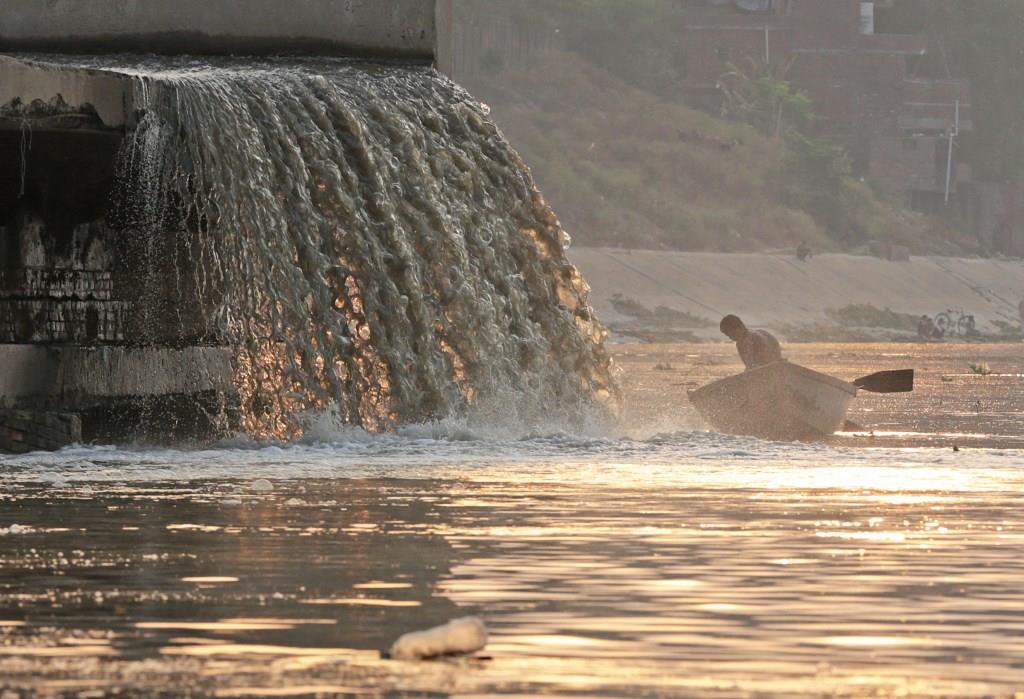 The Union government has recently put up a draft on water quality guidelines for bathing in water bodies. The draft that includes some key points on desired parameters in quality of water in the bodies across India is open for a public review.

Known as Environment (Protection) Amendment rule of 2015, this will be an amendment under the Environment (Protection) Rules, 1986. The government has announced that comments on new guidelines can be sent to A B Akolkar, member secretary, Central Pollution Control Board (CPCB) till 30 Dec 2015. The amended rules, as issued by Union Ministry of Environment, Forest and Climate Change (MOEF&CC), give 14 points that depict the desired levels of physical (pH, dissolved oxygen, among others) and bacteriological (total coliform, faecal coliform, faecal streptococci) water quality parameters.

In the new draft, the water-borne and disease-causing pathogenic determinant in water bodies has been updated and new indicators are added to the regulatory mechanism. The prescribed level of total coliform (TC) has been decreased from 500 to 50 most probable number/100 ml; faecal coliform (FC) and Fecal Streptococci are set to be less than 1.8 most probable number/100 ml.  The common determinants of water quality, that include pH range, dissolved oxygen and bio-chemical oxygen demand, are same as before. Also, new parameters such as chemical oxygen demand (less than 10 mg/l), colour (10-20), floating matter (less than 1.0), suspended solids (less than 10 mg/l from sewage or industrial waste origin), turbidity (30 measured at 0.9 depths), and a few aquatic lives are included in the list to predict the well-being of the water bodies for bathing purposes.

Reconsideration and upgradation of rules is primarily done to facilitate the water bodies that have been affected by industrial and human waste water. This may open a new era of public involvement and litigation and help to maintain the health of rivers and water bodies, concluded Bhardwaj.

Do we need different guidelines for bathing and drinking water?

A scrutiny at rules suggests that proposed regulations have many loopholes to fix. Ganga cleaning has been a priority for the present government. The present guidelines, however, only create confusion about the pollution level of the river as same water is often used for bathing and drinking purposes. Manoj Mishra, convener of Yamuna Jiye Abhiyan, a civil society campaign to save the Yamuna, thinks that the norms might not benefit much. According to him, strengthened norms are always welcome as they benefit human health; but far more urgent and important is strengthening of regulatory framework to enforce them on the ground. This raises a concern as on the latter, the track record of pollution abatement bodies, especially the state level pollution control boards, is abysmal. There is a little difference between the water used for bathing or drinking, especially in the context of running waters like streams as often a person bathing in a stream is also likely to gulp portions of it. So it is futile to provide for such distinction, if any, in the norms, added Manoj Mishra.

Along the Ganga basin, cities dump around 6,087 million litres per day (MLD) of sewage. A 2013 report by CPCB suggests that of this, only 1,208 MLD gets treated by sewage treatment plants (STPs), thus accounting for a gap of 80 per cent. In this scenario, lowering down the standards can be dangerous.

The unavailability of proper sewage treatment facility means that low levels of total coliform and faecal coliform in river water, as proposed in the new drafted guidelines, cannot be achieved. Also, massive nutrient enrichment results in eutrophication that clearly demarks the biodiversity as well as aquatic life of the water bodies.

After monsoon, suspended solids will always be higher than the proposed limits. Also, the notification has taken pre-existing factors without mentioning of chemicals, heavy metals, pesticides, nano particles etc. A substantial brainstorming must be done before adopting the proposed standards. If a sequential reviewing about the present wastewater treatment capacity is not taken as a priority measure before proposing such standards, drafting such guidelines is a waste.

Moreover, posing more stringent rules will worsen the situation as we are unable to achieve the previous discharge standards. The new rules promise a state of utopia as mere tightening of standards on paper doesn’t promise the healthy water bodies.