Having depleted groundwater, Jalna farmers replenish the resource through bunds 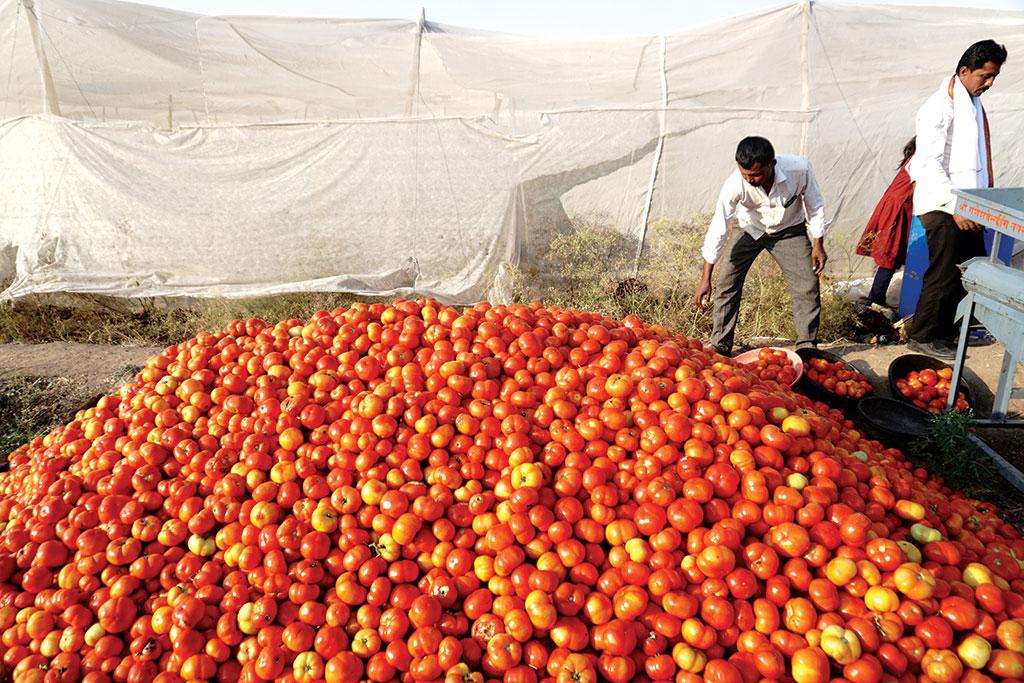 “My family’s income was just Rs 36,000 a year in 2008 when MGNREGA was launched in the village. Today, I earn Rs 8,00,000 a year,” says 34-year-old Naineshwar Vitthal, a resident of Tupewadi village in the drought-prone Jalna district in Maharashtra. Vitthal says his increased income is directly linked to the water conservation structures built under MGNREGA. 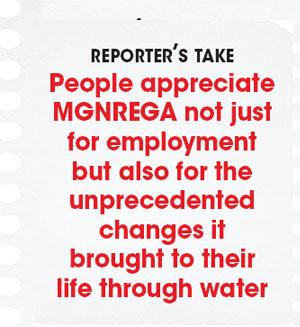 “In the 1980s, when my father was farming, our farm well would have enough water for us to My cultivate cotton and sugarcane on the 0.8 ha land. By 2008, the well would run dry in just an hour. So we had to stop sugarcane farming,” he says. Under MGNREGA, he carried out compartmental bunding around the well, where the entire field is divided into small compartments to retain the rainwater where it falls and also to arrest soil erosion. “We also created a community mud nalla near the well. These structures increased water levels in my well. Today, I get around five hours of water on my field round the year,” he says. The region has an undulated terrain and as a result, compartmental bunding accounts for the bulk of the water structures in the scheme.

The increased water availability has meant that farmers have diversified. Till 2011, Vitthal was growing only cotton. That year, he decided to experiment with growing seed. “Initially, I procured tomato seeds from a Chinese company, G9, and started a small nursery along with cotton farming. In the first year, I earned a profit of Rs 1,00,000,” he says. Today, he has eight nurseries where he grows tomatoes, bitter guard and chilli for their seeds. “I do not have the data to compare the sown area in 2008 and 2020 but farmers are now enjoying higher yields and diversifying into horticulture,” says Vijay Mainkar, deputy director, agriculture, Jalna.

“The average income of households in the village has increased from Rs 40,000-45,000 to Rs 1,20,000 annually now. This has brought down seasonal migration,” says Ravindra Binwade, Jalna district collector. The district’s success is unique as it was also one of the first regions to implement Maharashtra’s Employment Guarantee Scheme (EGS), which was a precursor to MGNREGA.

EGS was introduced after a severe drought in Marathwada region that impacted 43-86 per cent rural population, says a 2005 paper by the Institute for Human Development, Delhi. It was started in Aurangabad district and Jalna was carved out of it in 1981. “When EGS was introduced, water structures accounted for a considerable part of the works.

Over time, corruption crept in and the focus shifted to road construction as contractors wanted it. This changed with MGNREGA as it made gram sabhas responsible for identifying works needed in their village, says Pushkaraj Tayde, secretary of non-profit Centre for Agriculture and Rural Development, based in Jalna. He adds under MGNREGA, money is directly transferred to the accounts of the people which reduced the scope of corruption.