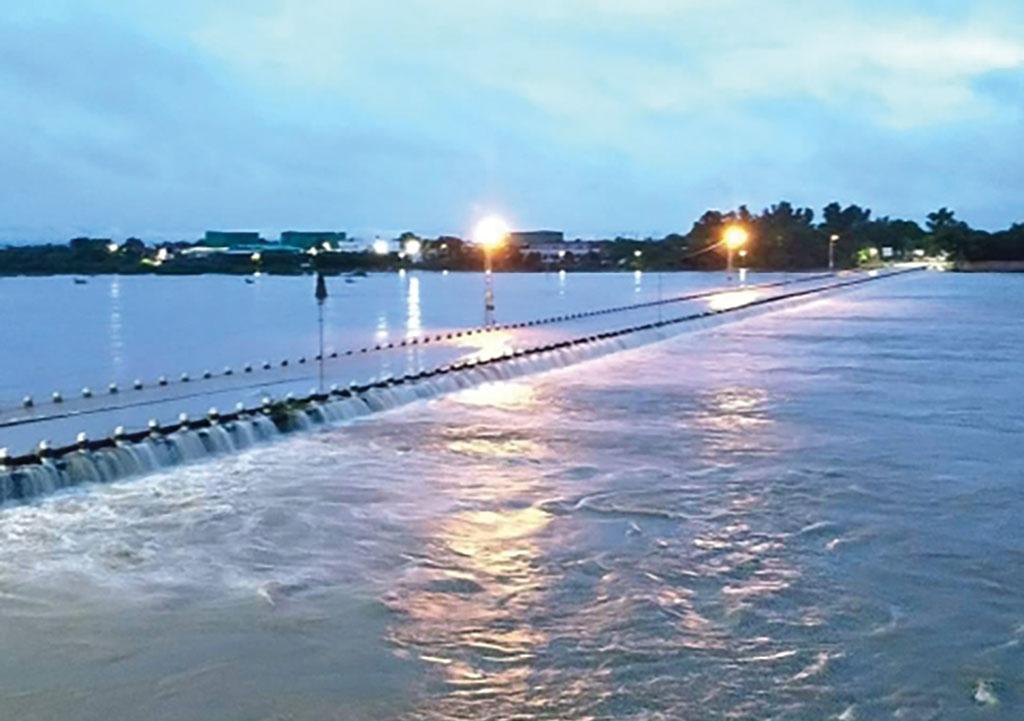 THE WATER in Rajasthan’s Bandi river is strikingly blue in the stretch along the Pali district. But the blue is not natural and the water cannot be used. The colour is due to the presence of effluents discharged from over 500 textile dyeing units on its banks.

In May 2018, while hearing a 2012 public interest petition filed by Mahavir Singh Sukarlai of Pali non-profit Kisan Paryavaran Sangharsh Samiti, the National Green Tribunal (NGT) declared the water of the river unfit for irrigation on the basis of an inspection report submitted by the tribunal’s monitoring committee. The report said that the level of total dissolved solids in the groundwater in the area was 9,000 mg/l, when the levels in the surrounding areas were 400-1,600 mg/l, and blamed the textile dyeing units for polluting the groundwater as well as the river. The contamination is taking place despite a 2012 Rajasthan High Court order that bans discharge of treated or untreated water in the Bandi.

The problem is not limited to Rajasthan. “There are over 140 textile clusters in India. Of these, dyeing units are concentrated in Tamil Nadu, Rajasthan, Uttar Pradesh, Punjab, Gujarat and Maharashtra, and the problem of river water pollution is equally widespread,” says M Madhu-sudanan, additional director, Central Pollution Control Board.

In 2015, the Union Ministry of Environment, Forest and Climate Change (MoEF&CC) proposed a countrywide zero liquid discharge (ZLD) regime for dyeing units that discharge more than 25 kilolitres of wastewater a day and all common effluent treatment plants (CETPS). Under this, all such units and CETPs had to recycle and reuse their wastewater instead of releasing it into rivers. But the draft was never implemented due to opposition from the industry which said that the technology was too expensive.

ZLD system uses technologies, such as three-stage reverse osmosis, evaporators and crystallisers that recycle salts and over 95 per cent of water for reuse. “The cost of ZLD wastewater treatment is more than R150/m3, because the process of recovering salts is energy-intensive. In states like Punjab, Haryana and Uttar Pradesh, it is cheaper to just extract groundwater,” says Sajid Hussain, CEO of Chennai-based Tamil Nadu Water Investment Company. In Ludhiana district of Punjab, for instance, groundwater extraction costs just 20 paise/m3.

Though there is no nationwide policy on the implementation of ZLD, the technology is being used in two districts of the country due to court intervention. The Madras High Court in 2006 and the Rajasthan High Court in 2012 banned discharge of treated or untreated effluents in the Noyyal and Luni rivers. As a result, the units in Tiruppur and Barmer districts were forced to adopt ZLD systems. “Residents, especially farmers, had filed numerous petitions over the years due to which the courts intervened in these districts,” says Hussain. 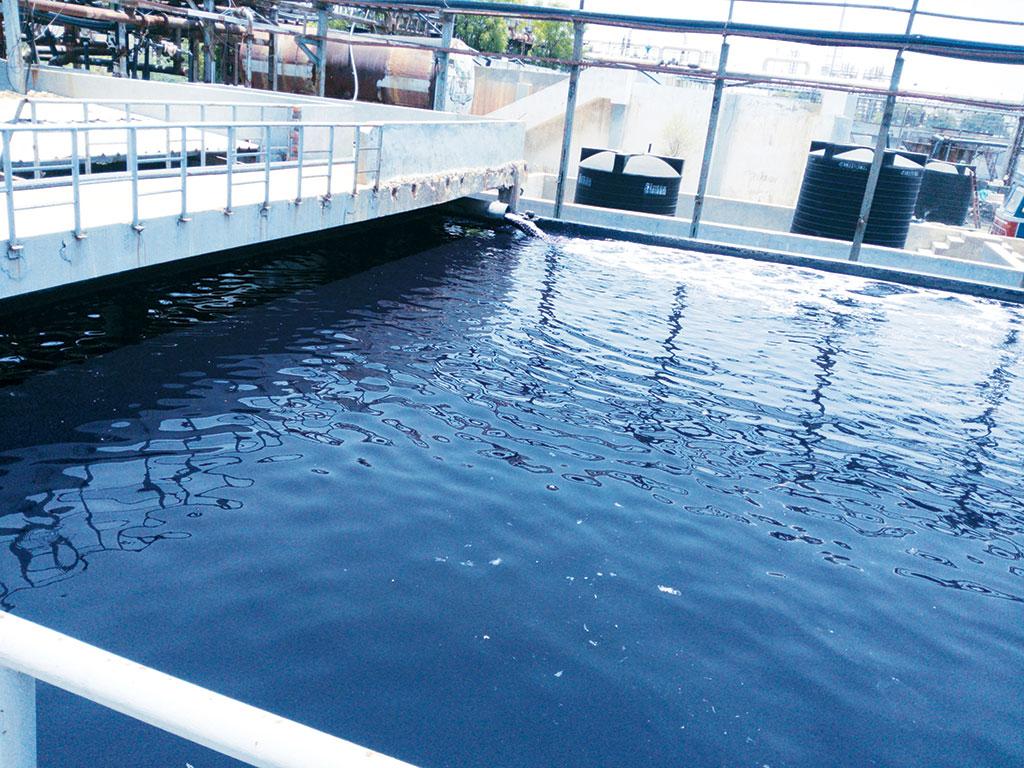 But in both the districts the units and CETPs kept flouting the order till the courts threatened them with closure. In 2011, the Madras High Court ordered closure of 743 units and CETPs in Tiruppur unless they opted ZLD technologies. After the order, about 450 units set up ZLD system in their 20 CETPs, while about 150 units adopted ZLD technologies in their individual treatment plants.

“The units in Tiruppur have strictly followed ZLD in the past seven years and no water is being discharged into the Noyyal river. Moreover, the demand for freshwater has reduced remarkably in the district while the water table has swelled,” says T R Vijaya Kumar, managing director of CBC Fashions (Asia) Pvt Ltd, a textile dyeing company based in Tiruppur. These results are also substantiated by 2030 Water Scarcity Group, a public- private-civil society collaboration, which says that the municipal water demand of the units has reduced by over 0.87 million cubic metres a year since they adopted ZLD.

“Similarly, in Barmer, the units have installed ZLD systems in all six CETPs. Since the drive to adopt ZLD started only about six years ago it is too soon to gauge the results,” says Digvijay Singh Jasol, advocate at the Rajasthan High Court, who filed the petition against discharges in the Luni river.

NGT too is ensuring that the units follow the rules on discharge by conducting regular inspection. The last inspection was conducted in May.

“A national level policy is required for large-scale implementation of ZLD,” says Madhusudanan. “The primary reason the units are disinclined to opt ZLD is cost. But that can be offset by framing right policies” says Hussain.

“Currently, the difference in running ZLD units and non-ZLD units is just 15 per cent, which can be further reduced ,” says S Nagarajan, president, Dyers Association of Tiruppur. “Implementation of ZLD across the country would also level the playing field because currently ZLD adds about R4 per garment. If everyone had to use the technology, the cost difference would be negated,” Kumar explains. Moreover, when the court made ZLD compulsory in Tiruppur, many units shifted to the neighbouring state of Karnataka, where there was no such order. This would not have happened had ZLD been compulsory across the country.

“Currently, there is a lack of monitoring by regulatory authorities, the price of water for industries is quite low in many states and industries are free to exploit groundwater. This needs to change,” says Hussain. “The government should also encourage adoption of cleaner technologies by providing financial assistance and subsidies,” he adds.

(This article was first published in the 1-15th September issue of Down To Earth).