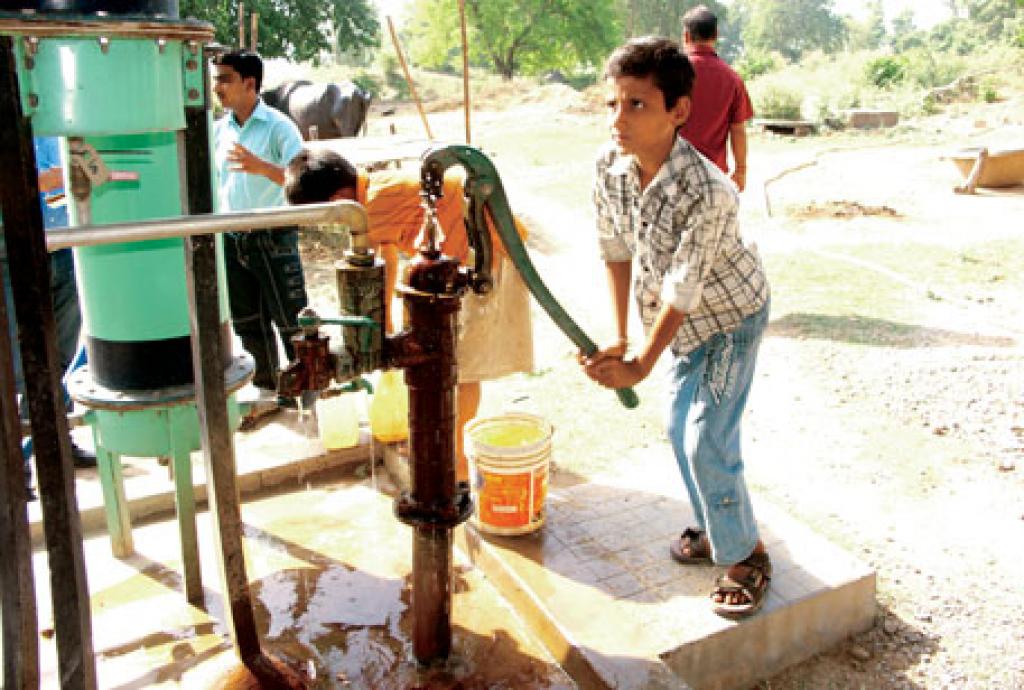 While a number of researches conducted earlier have established that arsenic contamination can be treated by certain bacteria, a group of researchers in Patna-based Central University of South Bihar (CUSB) have for the first time identified the bacteria present in the Gangetic plains that could naturally treat arsenic present in groundwater.

The research was conducted with water samples being collected from hand pumps of 12 habitations in Bihar’s Bhojpur and Patna districts. The sites selected had arsenic value ranging from 0 to 100 ppb (parts per billion) against the permissible limit of 10ppb.

Though this research was conducted only in the middle Gangetic plains,  one of the researchers, Nitish Kumar, an assistant professor in CUSB’s Centre for Biological Sciences, said the findings can be very well true for the entire Gangetic Plain covering parts of Uttarakhand, Uttar Pradesh and West Bengal. “These areas are open to research but I won’t be surprised if researchers here, too, isolate bacteria similar to what we have,” Kumar told Down To Earth. In this backdrop, this research is of great importance, considering most of the arsenic habitations lie in the Gangetic plains of West Bengal followed by Assam and Bihar. According to the currently available data from the Union Ministry of Water Resources, River Development and Ganga Rejuvenation’s National Water Quality Sub Mission on Arsenic and Fluoride, there are 13,819 habitations in India suffering from arsenic contamination.

Arsenic contamination in groundwater is a huge concern. While answering a question in the Rajya Sabha in March 2016 regarding deaths caused by exposure to arsenic-contaminated groundwater, Union Minister for Health and Family Welfare J P Nadda said, "Consumption of contaminated drinking water can cause diseases such as cholera, acute diarrhoeal diseases, enteric fever (typhoid), viral hepatitis etc." As per the annexures attached with the reply, as many as 6, 220 people died of these diseases from 2013-2015. He, however, added that these diseases can be caused due to reasons other than arsenic contamination and there is no data to suggest the number of deaths that have happened is due to drinking water contaminated by arsenic.

Kumar and six other researchers identified a total of 48 bacteria which are resistant to arsenic. Out of them, two isolates—AK-1 and AK-9—were found to have maximum tolerance level to arsenic. “These two isolates of bacteria break down arsenic-3 (a form of arsenic) to arsenic-5 (another form of arsenic). The latter is much less hazardous and toxic than the former. It is, in fact, the former which causes all arsenic-related problems,” Kumar explained to Down To Earth. The conversion happens by a process called bioremediation, a method in which a bacterium is introduced, or is naturally occurring, in a given environment (the Ganga in this case) which breaks down potential pollutants (arsenic-3) into a potentially much less hazardous form (arsenic-5).

The research also found that the two isolates, AK-1 and AK-9, are not only resistant towards arsenic but also a couple of other heavy metals found in drinking water. “Both, AK-1 and AK-9 were also resistant to lead, copper, nickel and chromium. Besides, both isolates also showed tolerance for silver, mercury and cadmium though in amounts lesser than other metals,” Kumar said.

According to Kumar, there is no evidence to suggest that the Ganga has a natural deposition of arsenic. “However, the arsenic is released in the Gangetic Plain of Bihar from Holocene sediments (referring to rock sediments) containing clay and silt by the naturally-occurring processes in groundwater,” the paper says. Kumar explained that these sediments contain arsenic and arsenic-resistant bacteria.  With these sediments going into the Ganga, both of them also reach the river.

Kumar added, “Many arsenic-transforming bacteria were widely reported from different aquifers throughout the world but as per our knowledge, no such studies have been done earlier from the arsenic-prominent middle Gangetic Plain of Bihar. Ours was the first such study.”

Bioremediation by bacteria is emerging as superior to conventionally-available chemical and physical methods. “Rivers originating in the Himalayas like the Ganga are a natural source of arsenic release into the environment (due to sediment deposition). Thus, bacteria present in this aquatic system have themselves developed some arsenic detoxiﬁcation mechanisms for survival. Hence, our findings about AK-1 and AK-9 throw open the possibility of widely-distributed, arsenic-transforming bacteria being present elsewhere in the Ganga too. This has the potential for arsenic detoxiﬁcation,” says Kumar.

He had developed clones of these bacteria during further research. “These clones can be impregnated into plants. This will make plants resistant towards arsenic. Therefore, vegetables consumed from these plants will also make people resistant to arsenic. However, the final results will only be out after two years.”