Secure from drought: How MGNREGA changed lives in Bandlapalli

The village from where the scheme was launched in India, has remained untouched by drought in a water-scarce region 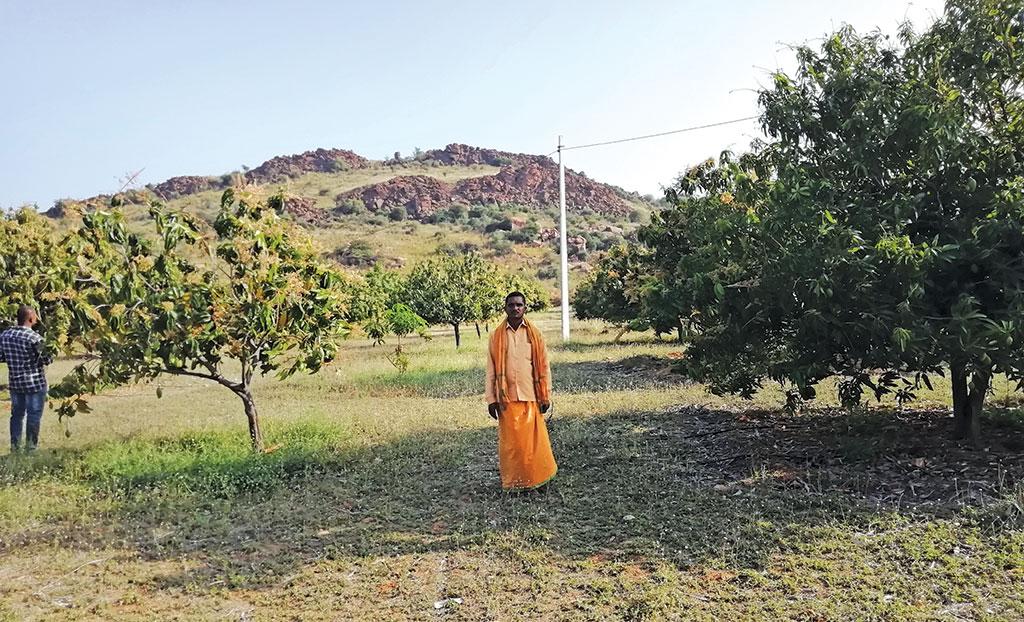 Though the peak summer season is yet to arrive, the barren hillocks surrounding Bandlapalli village in the district of Ananthapuramu have started radiating heat. Winds have become ferocious. The fear of drought is haunting the district, located in Andhra Pradesh’s rain shadow region of Rayalaseema.

Yet, V Narayana Reddy, 83, remains unperturbed. “Our village has evaded the curse of drought,” he says gleefully. Bandlapalli was the village from where the Mahatma Gandhi National Rural Emoployment Guarantee Act (MGNREGA) was launched in the country on February 2, 2006 — an event attended by the then prime minister Manmohan Singh and United Progressive Alliance chairperson Sonia Gandhi. Reddy was then the sarpanch of the village and had shared dais with the dignitaries.

“We selected the village as it faced distress migration due to recurring droughts. Even media reports about the launch of the programme talked of abandoned lanes in the village,” recalls SV Chalapathi, the then assistant project director of the state government’s District Water Management Agency, responsible for implementing MGNREGA in Ananthapuramu.

The district is so prone to droughts that in 1995, it was brought under the country’s Desert Development Programme for managing its watershed areas. But longer dry spells have only exacerbated the situation. In 2018-19, the district received 272.8 millimetres (mm) of rain, the least in its past 100 years and about half of its annual average of 550 mm.

“Even this meagre rainwater used to flow downhill into one Pappuru tank (a pond-like waterbody) in the adjacent village,” says Reddy. “Though we used to get water supply from a bore well installed next to the tank, it was barely enough to meet daily requirements. We had to call water tankers almost every other day. Only a handful of people grew millets and groundnut for household consumption, while the rest would migrate to cities for work.” 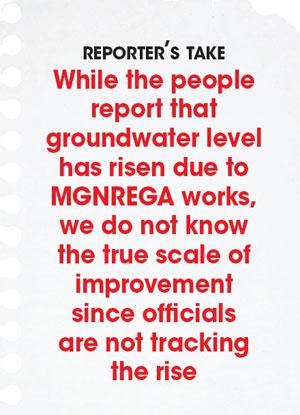 So as soon as MGNREGA was launched, bringing water to his village was at the top of Reddy’s agenda. He wanted to divert the Handri Neeva Sujala Sravanthi canal flowing three-four km away. But his plan did not materialise as the canal is at a lower elevation.

“Initially people did not know what to do under MGNREGA. So we started off by first training the panchayat members on how to plan and execute the programme and then by educating the residents about the benefits of improving soil and vegetation and of clearing and bunding of streams in and around the village,” recalls Chalapathi.

Over the past 15 years, data with the mandal (block) revenue office shows that Bandlapalli residents have planned and installed 900-odd water harvesting structures in and around the village under MGNREGA.

The initiative has improved groundwater availability and increased people’s income. “We have recently installed a borewell in our village, which supplies water to most households,” says A Venkataramanamma, also a former sarpanch of the village.

In the meanwhile, the agriculture department encouraged the residents, mostly small and marginal farmers owning less than 2 hectares (ha), to grow horticultural and biodiesel crops using labour under MGNREGA.

It has given 10 million plants to farmers since the inception of the scheme. “I got the pits for my plants dug and drip irrigation installed using labour under MGNREGA,” says C Ramakrishna, who grows sweet lime on 1 ha. His father C Peddakka is the first recipient of the MGNREGA job card in the country. The increase in greenery has led to an increase in cattle numbers in the village. “Five dairies now procure milk from us,” says A Siva Rangaiah, a resident.

Distress migration from the village has nearly stopped. Only seasonal migration continues to places like Guntur where people work as farm labourers on chilli fields and get higher wages, says P Diwakar, MGNREGA programme officer of Narpala mandal, under which Bandlapalli village falls, explaining the changes brought out by MGNREGA. “But people migrate only after they exhaust their 100 days of guaranteed employment.”

B Anand Reddy, a farmer in the village who owns 1.5 ha, credits the programme for enabling him to get his son and daughter educated. He says the work gives him a fixed income every year and that he has not missed his quota of 100 days’ work ever since the launch of MGNREGA.

His words show how reliant the village still is on the scheme for income, despite all the improvements. Every village resident Down To Earth spoke to could remember his or her MGNREGA job card number. “The village can become self-reliant if our water woes are completely resolved,” says Narayana Reddy. He suggests digging trenches along the contours of a nearby hill range that overlooks Bandlapalli and holds a reserve forest. They can store water for long and effectively recharge the groundwater. “But we would need the Centre’s permission for this,” he adds.