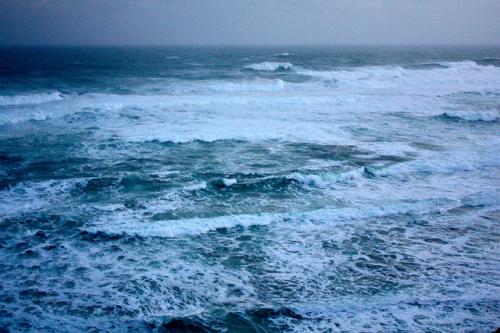 Participants from various governments, civil society and research organisations discussed problems in the implementation of UN Convention on the Law of the Sea (UNCLOS), the international agreement that governs world’s oceans at an international conference. The 40th annual conference of the University of Virginia’s Center for Oceans Law and Policy was held at UN headquarters in New York in collaboration with the UN Division for Ocean Affairs and the Law of the Sea.

The conference focused on the implementation of article 82 and 76 of UNCLOS. The UN convention came into effect on November 16, 1994, replacing the 1958 Geneva Convention.

“The decisions we make now on the sustainable use of ocean resources stand to benefit millions of people, for generations to come,” said UN Deputy Secretary General Jan Eliasson.

Speakers at the conference argued that there is a lack of clarity on payments for resource exploitation in article 82 of the convention. The article states that payments for exploitation of non-living resources, beyond 200 nautical miles on continental shelf will be made through the International Seabed Authority (ISA) on the basis of an “equitable sharing criterion”. Wylie Spicer, counsel with Canadian law firm McInnes Cooper, who also teaches law of the sea at the University of Calgary law school, said that states that permit development activities on high sea may face problems regarding these payments. “Who will calculate these payments and how? What happens when the implementation of Article 82 does not meet a state’s expectations? How will it seek remedy and from whom? These questions remain to be answered,” she said.

There are also unresolved issues in handling maritime boundary disputes. If the dispute on the interpretation or application of the convention cannot be resolved by negotiation, either party may approach an independent court. But article 298 states that a coastal state may declare non-acceptance of the compulsory procedure. Then, the dispute is subject to conciliation. If it is still unresolved, UNCLOS states that parties shall, “by mutual consent,” submit the dispute to the court or independent tribunal. According to Robert Beckman, director of the Centre for International Law, the scope of article 298 is not clear and the phrase “parties shall, by mutual consent,” is subject to varying interpretations.

Another bone of contention is article 76, which outlines the methods by which a coastal state can establish the limits of its territorial sea, contiguous zone, exclusive economic zone and continental shelf. “This article uses scientific terms in a legal sense that differ from their scientific definitions,” said Larry Mayer, director, Center for Coastal and Ocean Mapping at the University of New Hampshire.

Determining the limits of continental shelf requires scientific data and analyses. Therefore, coastal states have to be assisted by the Commission on the Limits of the Continental Shelf (CLCS) to demarcate continental shelf. The credibility of CLCLS has been questioned. “The credibility of the commission and its recommendations is a key factor in establishing a stable regime for the outer limits of the continental shelves of coastal states,” said Harold Brekke, former member of the CLCS. Credibility, in turn, depends on the ability of the commission to pass consistent recommendations, which, it has failed to do since 2012, when two-thirds of its members were replaced. Brekke added, however, that the problem seems to be one of “transient nature.”

Another issue pertains to the sustainable management of fisheries. UNCLOS gives states the right to fish in the high sea (marine area that does not fall within the jurisdiction of any nation) and conserve and manage fisheries in their exclusive economic zones. This right is subject to the conditions that they manage fish sustainably, protect the marine environment and cooperate when exploiting shared stocks. Speakers at the conference said that there is evidence to show fisheries are in danger of depletion due to over-exploitation. Stefaan Depypere, director of International Affairs and Markets at the Directorate General for Maritime Affairs and Fisheries in the European Commission recommended strengthening the performance and coverage of regional fisheries management organisations to overcome this problem.

The conference also emphasised the need for maritime law enforcement to keep pace with modern technological advancements. While technology has been embraced in some cases, such as the adoption of Automatic Identification Systems (AIS) in maritime security measures, there is still a long way to go. “Most maritime enforcement still appears to proceed on the assumption that offending vessels must be ‘caught in the act’ even though technology permits a state to be aware of unlawful activity without the need for physical presence,” Stuart Kaye, director and professor of Law at the Australian National Centre for Ocean Resources and Security at the University of Wollongong, said.