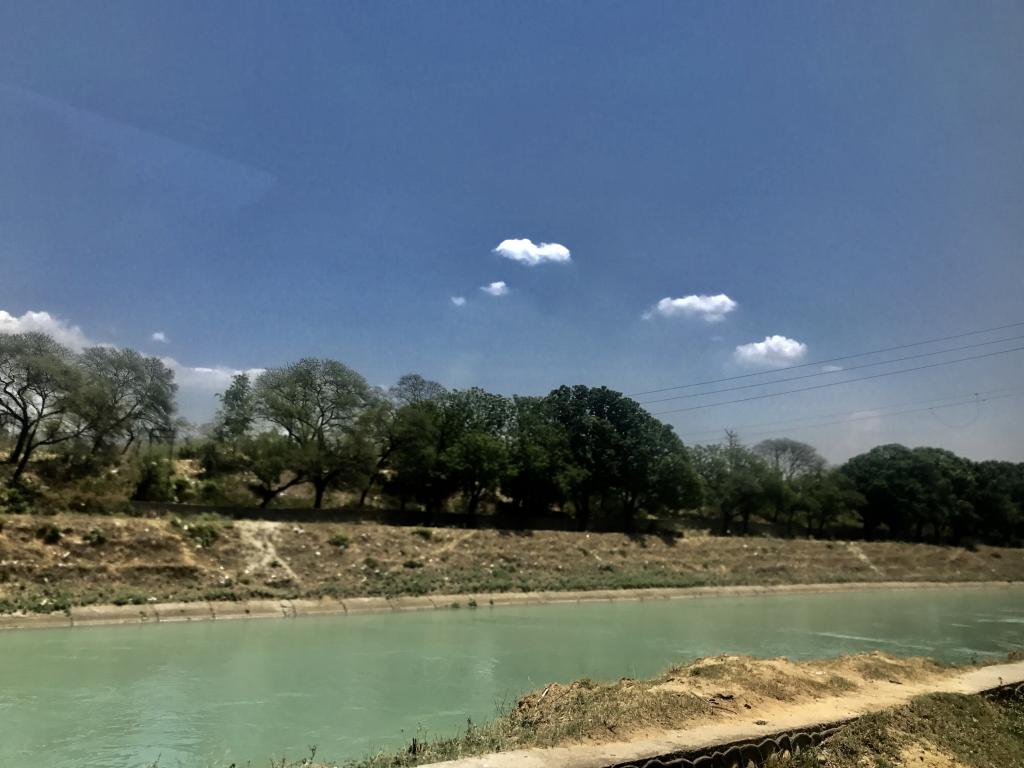 Pollution in river Sutlej — that runs through a 65-kilometre-long stretch across Punjab and Rajasthan — has posed serious health threats to the people living around the Indira Gnadhi Canal.

The National Green Tribunal on July 14, 2021 directed the Punjab and Rajasthan governments to submit quarterly compliance reports to the secretary, central monitoring committee, Union Ministry of Jal Shakti (water resources), about the remedial action being taken to curb the inflow of effluent discharge into the Satluj and Beas.

A petitioner from Yuva Mandal Sansthan Mithdiya, a non-profit in Rajasthan, filed a petition before the NGT saying: “The water in the Indira Gandhi canal has apparently turned black due to the presence of pollutants in it”.

The Indira Gandhi Canal is the longest canal in the country: It provides water to 1.75 crore people living in 7,500 villages across eight districts in the state. It starts from Harike Barrage, a few kilometres below the confluence of the Satluj and Beas rivers in Punjab, flows through Ludhiana and terminates in the Thar Desert in northwest Rajasthan.

The petitioner requested the green tribunal to issue directions against the two states to curb the inflow of industrial waste and sewage water into the Sutlej and Beas river and Rajasthan Feeder Canal, as well as take appropriate steps to check, manage and control the effluents being thrown into the rivers.

The NGT said the issue was dealt with earlier as well; as  the problems already stand identified and directions issued, what survives is continuous monitoring, which is the primary responsibility of the state authorities, it had said.

The tribunal, vide order January 22, 2021, had directed the chief secretary, Punjab, to take look into the matter with the river rejuvenation committee.

The canal is a source of drinking and irrigation in the north and western Rajasthan. The pollution has caused several health complications among people such as skin diseases, gastroenteritis, indigestion and loss of eyesight.

One of the reasons for the pollution is Buddha nallah, a tributary of the Sutlej. According to a Punjab government report, the Sutlej carries Class B water (moderate water pollution) before confluence of Buddha Nullah, but soon turns to Class E water (high degree of pollution making it unfit for any human or irrigation use) after the confluence of the nullah downstream of Ludhiana.

Traces of chromium and arsenic can be found in the Sutlej after confluence of Buddha Nullah.

Of these 16 outlets, 11 are disposal points, through which the civic body directly releases untreated sewage waste into the stream.

The matter was thereafter dealt with in OA 916 / 2018 and the NGT appointed a committee comprising a former judge of the Punjab and Haryana High Court as well as former chief secretary of Punjab to monitor pollution in the two rivers. It imposed a fine of Rs 50 crore in 2018 on Punjab for restoration of the environment.

The NGT directed the secretary, Jal Shakti ministry, to take follow-up action with the states concerned. This includes making available relevant information about the status of compliance of environmental norms and in case of violations, remedial action including requisite operational ETPs meeting the standards, water quality at inter-state border, arrangements to remedy impact in downstream areas and setting up of real-time water quality systems.

Three common effluent treatment plants have been approved for the city, out of which only one on Bahadurke road with 15 MLD capacity has been operational. Two other CETPs of capacity 40 MLD and 50 MLD are not operational.

A joint team of CPCB, national river conservation directorate and National Mission for Clean Ganga have visited Ludhiana on July 26 to review various works pertaining to control of industrial and domestic pollution.

The team directed the authorities concerned to adhere to timelines and complete the project at the earliest to resolve the problem of untreated sewage in the Buddha Nullah.