Three river Bills, if enacted, can upset the balance of power between states and the Centre 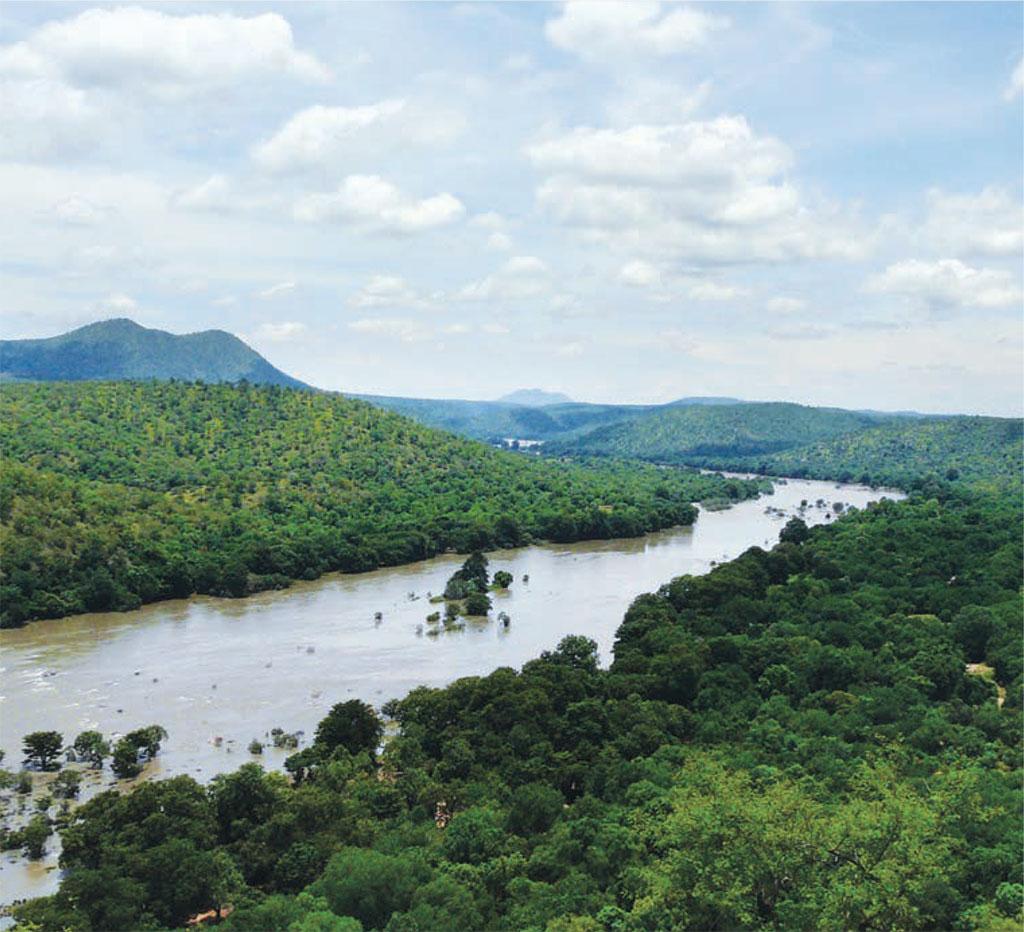 The question is: Who should have the final say on river waters — Centre, states, people’s representatives or bureaucrats? The Constitution puts water as a subject under the State List. The Union comes in only in case of interstate rivers and disputes over it.

The River Boards Act enables the Centre to create boards to advise on the integrated development of inter-state basins, in consultation with the states concerned. The river boards were supposed to prevent conflicts by preparing development schemes and working out the costs to each state. However, no such water board has ever been created.

The National Commission for Review of Working of the Constitution (NCRWC) observed that the River Boards Act has remained a dead letter. The Centre once contemplated shifting water from the State List to the Union List, citing effective resolution of interstate river disputes and linking of rivers. It evoked mixed reaction.

Rajya Sabha discussed it and its member Sharad Yadav said water should be shifted to the Union List “otherwise our country will be ruined”. Former water resources minister Uma Bharti agreed but said it could trigger a controversy.

KJ Joy, coordinator, Forum for Policy Dialogue on Water Conflicts in India, does not agree. “The Centre already has powers to effectively intervene in interstate water issues through the Interstate River Water Disputes Act and the River Boards Act. Our experience with tribunals has been dismal, and governments have never made serious attempts to implement the River Boards Act. There is a need to revisit both these Acts,” he said.

Philippe Cullet, senior visiting fellow, Centre for Policy Research, said local regulation of water has become more pertinent due to a significant increase in groundwater extraction. He said cooperation among states is important since water needs to be addressed at the local and global levels.

“The Waterways Act, 2016, is an assertion of this centralisation, and this can be done within the existing constitutional framework—a number of rivers have already been given the national tag. The River Boards Act does not offer a framework to solve disputes. So, each water tribunal has to adjudicate without any legal framework. This leads to prolonged proceedings and difficulty in getting the awards implemented,” he said.

MK Ramesh, professor, National Law School of India University, Bengaluru, said the difficulties in resolution of interstate water conflicts have been used to push water into the Union List. There is no concrete evidence to show this is more effective than trusting the states, he said.

NCRWC recommended a comprehensive central legislation, after consultation with states, to define the constitution and jurisdiction of river boards to regulate, develop and control all interstate rivers. States have a constitutional duty to protect the rights of its people over rivers that pass through them.

The Sarkaria Commission recommended that once a state makes an application under the Interstate River Water Disputes Act, the Centre must, within a year, appoint a tribunal. It proposed that the Centre should also have suo motu power to appoint a tribunal if it is satisfied that a dispute exists.

Though water is a State subject, interstate rivers and river valleys fall under the Union List. Parliament can make law, but with the objective to expedite dispute resolution. Article 262 (1) bars the jurisdiction of the Supreme Court but matters are still being taken there on legal, jurisdictional, environmental and constitutional issues.

The Interstate River Water Disputes Act enables an aggrieved state to request the Centre to refer a dispute to a tribunal in case of inter-state rivers or river valleys. This means unless the state asks for, the Centre has no role to play.

Water disputes arise when the action of one state affects the interests of one or more other states. Even in case of a serious dispute, a state cannot directly approach the tribunal. A state has to beg the Centre to refer an interstate river dispute to a tribunal.

There is a dire need for speedy disposal of such disputes with a permanent institutional mechanism. Since 1956, five interstate water disputes tribunals have been set up for Krishna, Godavari, Narmada, Cauvery and Ravi-Beas rivers. Though the time limit is five years, Ravi-Beas took 33 years, Cauveri consumed 29 years, and the other tribunals took around a decade each. There is no time limit for publishing the reports, and the states have no remedy. 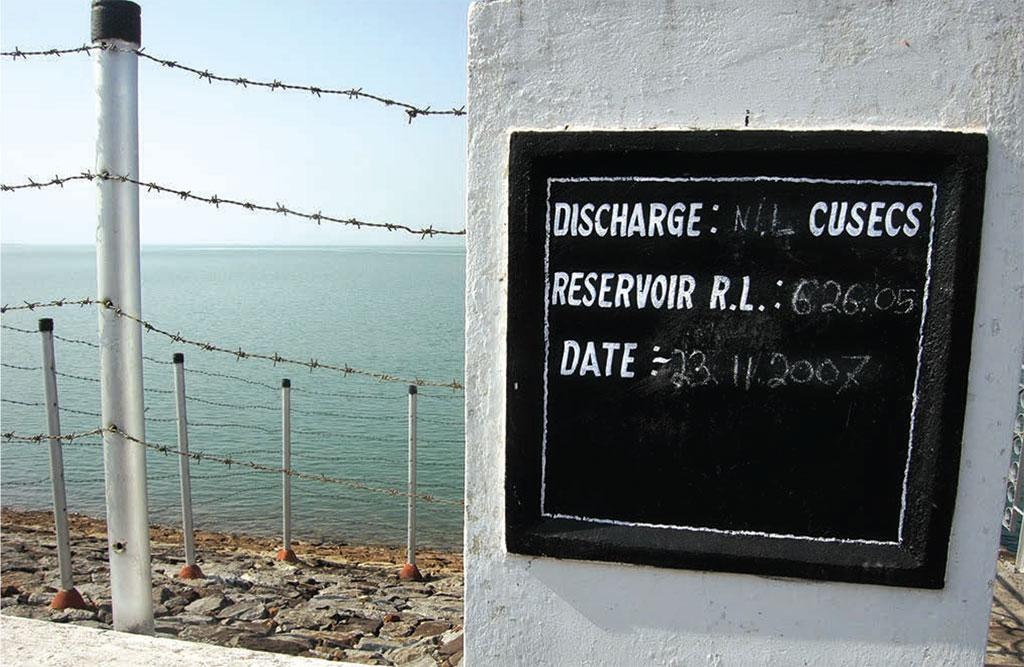 On the basis of Sarkaria Commission’s report, the Centre introduced the Interstate River Water Dispute (Amendment) Bill, 2019. If enacted, it would make it mandatory for the Centre to constitute a tribunal on states’ request or suo motu.

It binds the Centre to set up DRC to amicably resolve the issue by negotiations in one year. If the DRC cannot settle the dispute, the Centre must refer it to the interstate tribunal within three months.

So, it prescribes timelines while a permanent tribunal with multiple benches is proposed be set up after dissolving all existing tribunals. The tribunal would be appointed on the recommendation of a selection committee comprising the Prime Minister, Chief Justice of India and ministers from the Law and Justice, and Jal Shakti (water) ministries.

The Bill seems to address demerits of the earlier legal mechanism. But even after a permanent tribunal is established, the states would not have the right to approach the DRC or the tribunal directly. Since the selection committee would have the Prime Minister and two Union ministers, besides the Chief Justice of India, the role of the judiciary is substantially reduced.

The tribunal could also become a parking slot for judges and civil servants at the end of their service. The amendment is against federalism and only increases the Centre’s power.

The River Basin Management Bill, 2019, gives more power to Central bureaucrats over interstate river basins. Chief ministers of 13 river basin states will advise, public representatives will be consultants to their body called ‘council’, while the body of public servants called ‘authority’ will decide how to develop, conserve and distribute the resources in interstate river basins.

The Centre is seemingly implementing the recommendations of the Second Administrative Reforms Commission and National Commission for Integrated Water Resources Development (NCIWRD) through this Bill. However, both the reports had proposed a wide-based democratic composition and functioning.

The Dam Safety Bill, 2019, could take away the states’ autonomy over major irrigation dams in their territories since the Centre has proposed a new authority for dam safety. This would give immense power to the Centre because the National Dam Safety Authority would decide safety and all other issues. An additional secretary in the Central Water Commission would head the National Dam Safety Authority and the states would be bound to follow the authority’s instructions or suffer penalties. The states would have no say and no appeal.

The three Bills have the potential to upset the balance of power between the Centre and states. The Centre cannot assume the role of adjudicator of interstate river disputes. It was given the responsibility of creating an independent arbiter — Interstate River Tribunal. Unfortunately, the experience has been to the contrary.

While the Centre dithered, the states were compelled to go to the Supreme Court disputing tribunal awards. The Dam Safety Bill would apply to all specified dams in the country which have height of more than 15 metres or between 10 and 15 metres. The Centre says there is a need to have a common protocol for safety of dams and is concerned for the lives of people, property, and flora and fauna.

Then why not develop such a protocol and leave it to the states to follow? The country has 5,745 reservoirs, of which 293 are more than 100-years-old. The age of 25 per cent of the dams is between 50 and 100 years, and 80 per cent are over 25 years. Forty dams have collapsed since Independence, the worst case was in Gujarat in 1979 leading to the loss of thousands of human lives.

The states and its officers will be under the Central authority in two types of stipulated offences — obstructing a person in the discharge of his functions and refusing to comply with directions issued under the proposed law. The offenders will be punishable with imprisonment up to one year, or a fine, or both. If the offence leads to loss of life, the term of imprisonment may be extended to two years.

Moreover, individuals would have no authority to complain against the loss of life because of the dam collapse or negligence. Following apprehensions raised by the Opposition, Jal Shakti minister Gajendra Singh Shekhawat said the Centre had no intention of taking over the powers of states. But while a law is enforceable, assurances like these are not.

The additional secretary in-charge would be a subordinate employee of the Centre and is unlikely to make impartial decisions. There would be no appellate body for the awards granted by the authority. The states also apprehend a potential bias in case they are not ruled by the party in power at the Centre. There is no effort to protect rivers from pollution or preserve the flows for future. The three proposed laws would lead to over-centralisation and bureaucratisation of powers over the rivers at the cost of the states.

There is no provision for the operational safety and it may lead to disasters like floods. In effect, the bills grant unlimited powers to the Centre. These proposed laws should be put on for consultation with people and the state governments.

The author is former Central Information Commissioner and Dean, School of Law, Bennett University. This was first published in DTE’s annual State of India’s Environment 2020. Views expressed are the author’s and does not necessarily reflect that of Down To Earth.