To resolve Cauvery dispute, outdated institutions with little scholarship need to be outlawed 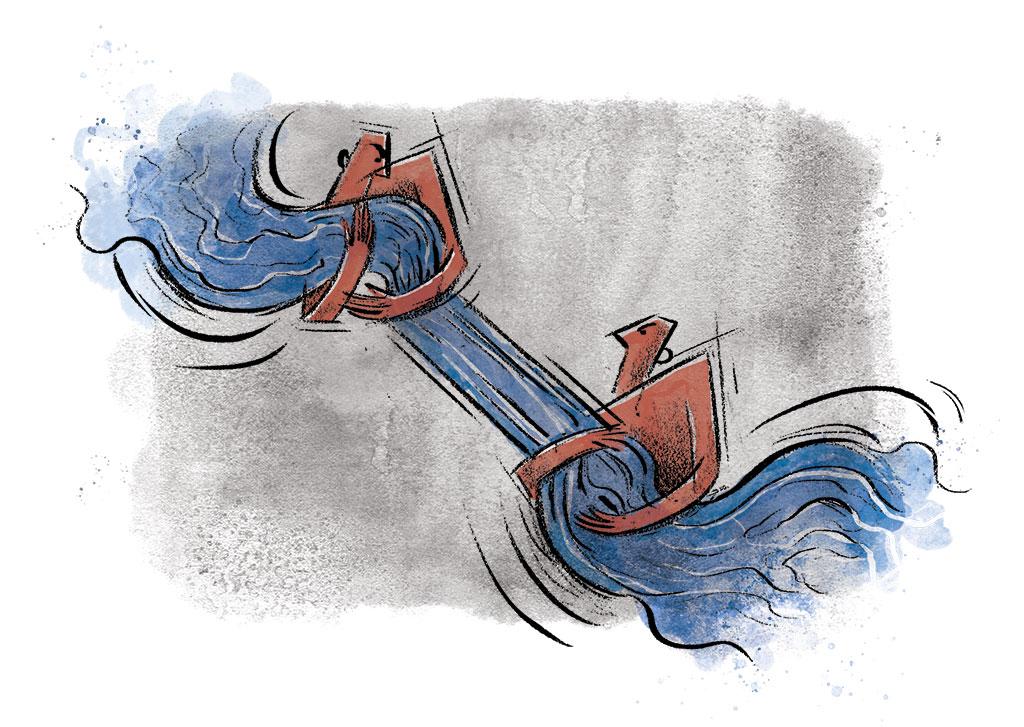 The Cauvery river basin has been the focal point of one of the most contentious river water sharing dispute in the history of independent India. The dispute, primarily between riparian states of Karnataka and Tamil Nadu, is nearly 150 years old. As demand outstripped supply in the basin due to rise in population, coupled with economic growth, the water sharing dispute has been entangled in courts for over three decades.

But on February 16, 2018, the Supreme Court gave the final verdict. Along with the verdict, the apex court directed the Union government to frame a scheme within six weeks, under the Inter-State Water Disputes Act, 1956, to give effect to its final verdict.

The delay in implementation of the scheme has raised suspicions within the country that politics in India can trump over anything even at the cost of the collapse of the nation-state and federalism. The fact that the scheme was framed only after the intervention of the highest court gives us a glimpse of what may lie in store in the future.

Schism in the scheme

The present scheme isn’t a basin organisation integrated with land management, drought or flood management activities in the Cauvery basin. Rather, it focuses only on the dispute resolution over water sharing. The scheme consists of two levels of authorities. The Cauvery Water Management Authority (CWMA) at the highest level comprising temporary and permanent members of all the basin states and the Union government. It is headed by an eminent engineer or a member of the Indian Administrative Service. As its technical arm, another authority below CWMA, namely the Cauvery Water Regulation Committee (CWRC), has been constituted to verify the factual positions—of reservoir storage, cropping patterns in the basin, inflows and outflows of reservoirs—so as to aid and advise CWMA to take appropriate decision on distress sharing formula and water sharing every year.

But the scheme has no authority in the Cauvery basin! For example: this scheme has no control over the dams, the reservoir inflows, outflows and their storage position in the Cauvery basin. Rather, it is dependent on states for data/information and has to act in accordance with the information provided by the basin states on inflows and outflows of 11 reservoirs. It has no mechanism to verify the data/information for its authenticity due to which the dispute can resurrect any time.

This is a major deficiency and the drawback of the scheme. Against this backdrop, the “keys of reservoir sluice gates” have been handed over to the respective four riparian states of the basin. As the reservoirs and the storages are firmly under the control of riparian states, the authority and independence of CWMA/CWRC have been severely compromised.

The scheme has no scope for environmentalists, ecologists and social scientists. The scheme does not have groundwater specialists and it has no authority to restrict programmes that divert the water through the recharge of groundwater. So another opportunity has been lost to create multi-disciplinary basin organisation. In fact, the engineering fraternity should have told the legal fraternity to create an institution in line with what has been declared in the national water policies. But this did not happen.

Further, the headquarters of the CWMA is in New Delhi. To take a decision on water sharing in the basin in compliance with the highest court, the entire team of CWMA consisting of members from Kerala, Karnataka, Tamil Nadu, Puducherry has to travel about 2,500 km. This is nothing but undermining the concept of basin management envisaged in successive national water policies. Ideally, the authority could have been located in cities that are close to the Cauvery basin—Bengaluru, which is located in the Cauvery basin, or even Chennai, though it is not in the Cauvery basin. The fact that New Delhi has been chosen as the headquarters of CWMA raises doubts as to where the country’s much-hyped basin management and integrated water resources management is headed to.

The Cauvery scheme does not define “eminence” for the posts of the chairperson and other members of these agencies, except using vague term “wide experience” in identified areas such as water resources management, inter-state issues, construction and maintenance of irrigation projects. The scheme doesn’t seek details of scholarship of an engineer or a scientist in the area of resolution of water conflicts, water disputes, basin management, hydrology and hydraulics. The scheme doesn’t have place for academics or groundwater specialists or environmentalists. Indeed, the scheme should have had stringent criteria of scholarship for all its members for finding an innovative solution to one of the contentious water dispute of India.

India’s root cause of the maladies in the water sector is its weak, outdated silo-based water organisations with little or no scholarship. The present format of CWMA/CWRC under the Cauvery scheme also follows a similar pattern of a weak institution and it hasn’t inculcated the best model of a basin organisation. Worse, its authority is limited. There is no place and scope for research in this scheme to evolve any new methods for dispute resolution as the eminence does not include scholarship for its members.

The scheme will, at best, serve as a parking place for retired engineers and bureaucrats rather than serve as an expert organisation. During a normal or above normal rainfall year, as is the case in the current year, there would be no need for this scheme. But the real test of the scheme would lie in a rainfall deficient year—when a distress sharing formula would require much more than just techno-bureaucrats. Therefore, the scheme is poised for failure, leading to a repeat of the cycles of dispute witnessed in the past 150 years. If the scheme isn’t revamped, it may threaten the very federal fabric of the nation.

(The author is director, Central Water Commission, Bengaluru. The views expressed in this article are personal)

(This story was first published in the 16-30th September issue of Down To Earth under the headline 'Structural fracas').