The residents of Kamhariya in Sitapur district had been on a 48-hour hunger strike, demanding measures against erosion by the Sharda river. They have stopped after assurances from the district administration 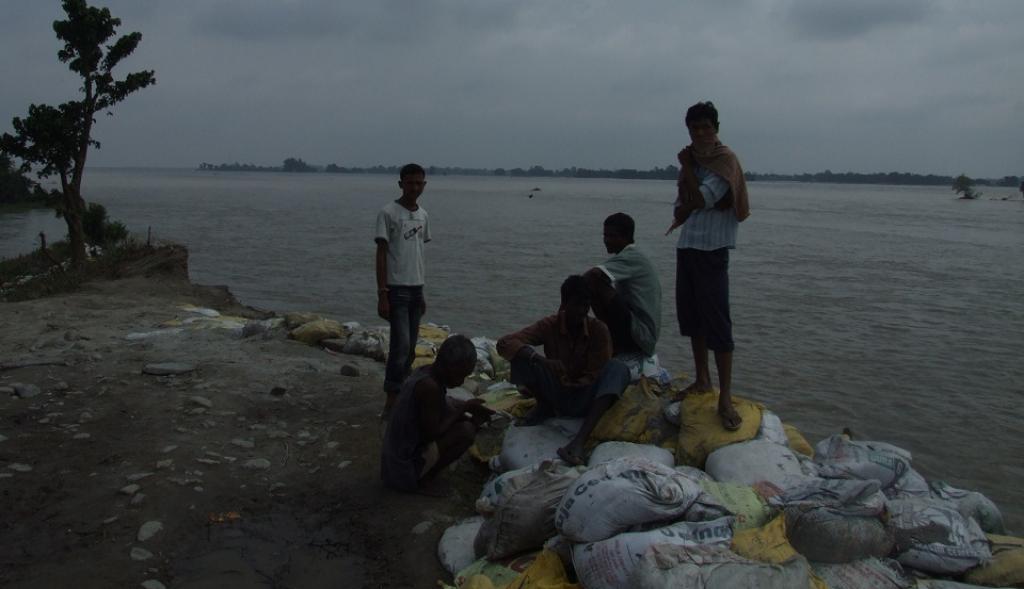 Residents of a village in Uttar Pradesh’s Sitapur district have stopped their hunger strike demanding measures against erosion by the Sharda river after authorities promised to address the problem.

“We have been requesting the district administration to take measures to stop erosion or else scores of houses in our village are going to vanish in this year’s monsoons,” Vinit Kumar Tiwary of Kamhariya village, who was on hunger strike, told Down To Earth (DTE). “The tehsildar, senior irrigation officer and administrative officials have assured us that work would start to stop erosion within a fortnight,” he added.

About 200 people had been on strike since January 3 after the administration rejected their initial demands. They had pitched tents on the river bank and along with local activists, had banded together under the banner of Kataan Roko Sangharsh Morcha (Stop Riverine Erosion Movement) or KRSM. They demanded a proper rehabilitation and compensation plan for riverine erosion along with precautionary measures to stop it.

“For the moment, we have decided to give 15 days to the district administration to act on our demands,” said Sanjay Kumar, an activist.

The Sharda river originates in the Nepal Himalayas and forms the country’s western border with Uttarakhand. From there, it flows south-east across the plains of Uttar Pradesh to join the Ghaghara river, a tributary of the Ganga. It is known as the Mahakali in Nepal and Uttarakhand.

Every year, the river’s strong currents cause riverine erosion that renders many families downstream in Uttar Pradesh homeless and causes a loss of their crops.

“Annually, around 400 hectares of land along with crops is lost to the Sharda,” said Richa Singh of KRMS. This land is the equivalent to 800 football fields.

According to KRMS’ assessment, there are thousands of villages in 18-21 districts of Uttar Pradesh that are affected due to riverine erosion. “There is no policy of rehabilitation and compensation for such victims,” noted Singh.