Uranium in water can cause chronic kidney diseases, but India doesn’t monitor it

This is when severely high levels of Uranium are present in groundwater that people consume, says a study 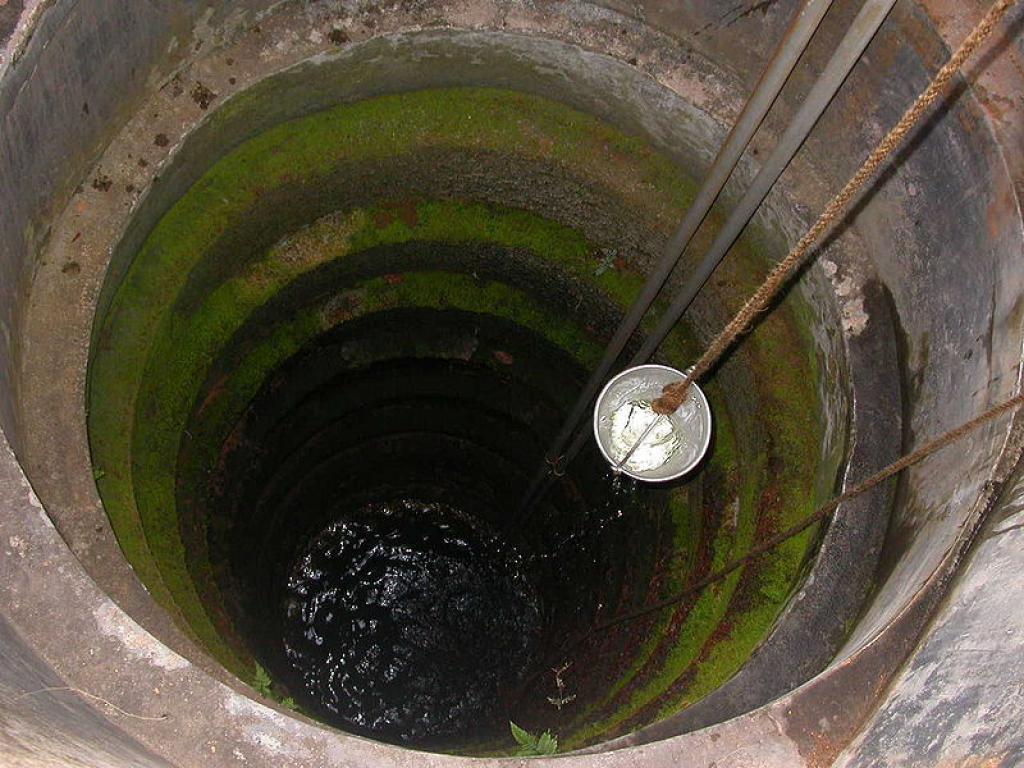 Groundwater in India is severely contaminated with uranium, found scientists of Duke University in the US, who worked with Central Ground Water Board, Rajasthan Ground Water Department and Gujarat Water Resources Development Corporation for a research.

This study, published in May in the Environmental Science & Technology Letters journal, showed that water in more than one-third of the 324 wells they sampled has uranium in much higher quantities than the World Health Organization’s provisional standard of 30 µg/l for the country. Of 324 wells they analysed, 226 are in Rajasthan, of which 75 had high uranium levels, and 5 of the 98 in Gujarat crossed the WHO permissible limit.

The study also pointed out that despite such huge prevalence, uranium has yet not been included in the list of contaminants monitored under the Bureau of Indian Standards’ Drinking Water Specifications. 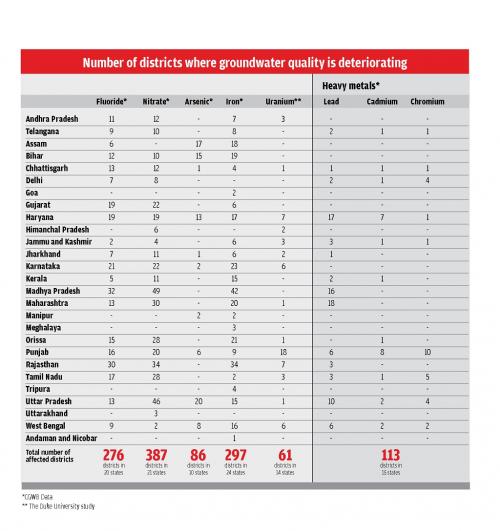 While compiling results, the researchers also included the data from previous studies to show the wide extent of uranium in India’s groundwater. Around 68 studies conducted earlier covered 61 districts and concluded that groundwater is highly contaminated with uranium. India’s southern and south-eastern regions have nine of the districts that cross the WHO’s provisional health guideline (>30 μg/l) and north-west India has 26 of such districts. These reports pronounced Punjab the worst affected state with Bhatinda, Faridkot, Mansa, and Amritsar districts possessing groundwater with severely high uranium levels.

Avner Vengosh, professor of geochemistry and water quality at the Nicholas School of the Environment at Duke University who led the study, said, “The results of this study strongly suggest there is a need to revise current water-quality monitoring programs in India and re-evaluate human health risks in areas of high uranium prevalence. Developing effective remediation technologies and preventive management practices should also be a priority.”

Much of the high-uranium groundwater tested also had issues like high salinity, fluoride, and nitrate, which makes them unsuitable for human consumption. Despite this, great number of these wells are being used as primary drinking water sources owing to the lack of alternative water sources, noted the study.

The direct evidence of impact of uranium exposure to human health is present as it has been proved that consumption of drinking water contaminated with uranium can cause chronic kidney disease, deformity of bones and liver. Though the main source of the uranium contamination is natural, but human factors such as groundwater table decline and prevalence of nitrate pollution may exacerbate the problem, study noted.

Not a new concern

Vengosh added, “In geogenic condition, the bicarbonate complexation and oxidizing conditions are two of the most important chemical factors controlling uranium concentrations in groundwater.”

Also, the researchers suggested a way to make the system to monitor uranium contamination stricter. As depicted in the study, the groundwater with bicarbonate concentration above 410 mg/L is highly susceptible to uranium concentration and should be targeted for regular monitoring. Bicarbonate concentrations in water are important since it provides important in-situ information about the suitability of the water for drinking purposes and is helpful in studying speciation of uranium radionuclides in aquatic environment. The suggestion may be helpful as bicarbonate is easy to measure and is already a part of regular groundwater monitoring efforts.