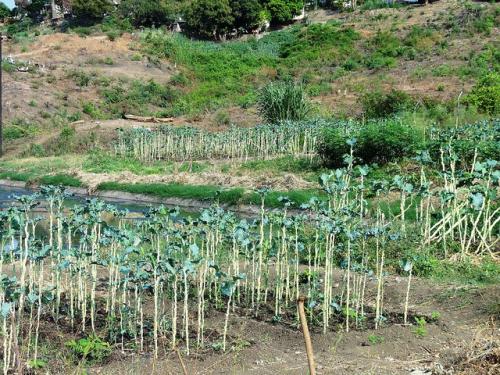 Judicious use of wastewater to grow crops will help solve water scarcity in the agriculture sector. At a time when we need to produce more food to feed an ever-increasing population, wastewater can be used by farmers either directly through irrigation, and indirectly by recharging aquifers.

Using wastewater in the backdrop of water scarcity due to climate change formed the basis of talks in Berlin during the annual Global Forum for Food and Agriculture.

“…globally, only a small proportion of treated wastewater is being used for agriculture, most of it municipal wastewater. But (an) increasing numbers of countries—Egypt, Jordan, Mexico, Spain and the United States, for example—have been exploring the possibilities as they wrestle with mounting water scarcity,” says Marlos De Souza, senior officer with the Food and Agriculture Organization’s (FAO) land and water division.

Water is vital for food production and climate change threatens this most precious resource. At present, agriculture accounts for 70 per cent of global freshwater withdrawals and more than 90 percent of its consumptive use. Population as well as economic expansion are placing enormous burden on freshwater resources. The overall rate of groundwater withdrawals is steadily increasingly by 1 per cent per year since the 1980s. Over the years, groundwater has been used by farmers to grow crops, resulting in aquifer depletion, groundwater pollution and soil salinisation.

A report points out that as water scarcity is growing globally, salinisation, pollution of water courses and bodies and degradation of water-related ecosystems are rising. Large lakes and inland seas are shrinking and wetlands are vanishing.

In the face of climate change and water scarcity, farmers have to look for alternative ways to grow crops. Wastewater is a valuable and an untapped resource till now in many countries. It can prove beneficial for agriculture, agroforestry and forestry sectors and help achieve food security, but only after it has been properly treated. Wastewater is rich in nutrients, making it a good fertilizer.

Over the years multipurpose dams have often served the needs of the agriculture sector. While potential for building new dams still exists in some regions, most of the suitable sites are already in use and the development of new ones is being increasingly questioned in the face of environmental consequences.

Water scarcity is present in all regions of the world. Around 2 billion people living in the world’s drylands are especially vulnerable to the impacts of climate change, such as drought and water insecurity.

According a FAO expert, for each degree of global warming, an additional seven per cent of the global population will be subject to decreased availability of water resources.

As an adaptive measure, many countries are using wastewater to meet their water needs. In Tunisia, wastewater is being widely used in agroforestry projects, supporting both wood production as well as anti-desertification efforts.

In central Mexico, municipal wastewater has long been used to irrigate crops. In the past, ecological processes helped reduce health risks. More recently, crop restrictions (some crops can be safely grown with wastewater, while others cannot) and the installation of water treatment facilities have been added to the system.