Women and children in Africa spend 4.5 million years collecting water every year: A pan-continental shortage has made hunt for water a daily exercise and forced Africans to spend more on water than on food 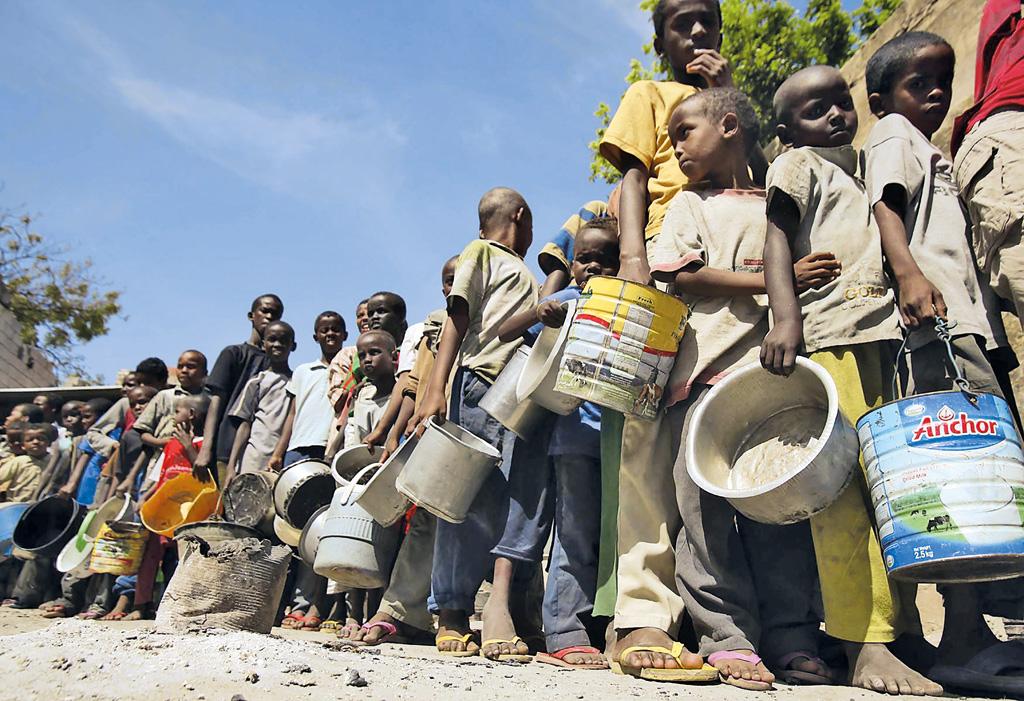 Everybody is searching for water in this island country, 400 kilometres off the eastern coast of Africa in the Indian Ocean. From the capital city to the suburbs, from towns to villages, people in Madagascar are on a 24x7 pursuit of water.

Cars and carts, loaded with empty containers, clog narrow roads criss-crossing the world’s fourth-largest island. Aid agencies report that sometimes people wander for days before hitting a water puddle. And when they do, it is another battle to harvest a few litres as hundreds gather for the same puddle.

In five of the past six years, Madagascar has reported severely deficit rainy seasons. In the past two years, rainfall has reduced by 40 per cent — the lowest in three decades. Since November last, the country’s public sector water company Jirama has conducted more than 30 cloud seeding operations. Localities in Malagasy highlands of central Madagascar did get rains but soon the dry weather followed.

With a near collapse of agriculture that employs 80 per cent of the country’s population and with 1.3 million of the country’s 27.7 million population surviving on food aids, the World Food Programme has termed this as the “first famine” caused by global warming.

Still, hunger is a secondary concern for the people here. “We must have water first,” many tell Down To Earth. “I stay awake till mid-night to collect water from the fountain near my home,” says Hervé Leziany, a photojournalist who lives in Ambohibao Antehiroka, the western suburbs of capital city Antananarivo.

Past midnight, he spends hours near the fountain as water trickles out from 11 pm to 2.00 am. In Ikianja of Ambohimangakely locality, in the eastern suburbs of Antananarivo, some wake up at 1-2 am to fetch water at the only community-managed well in the marsh downhill.

“The stock (this is the popular reference to level of water availability) is not sufficient for all. If you are late, you have to wait for the water level to rise again before you have a chance to fill up the cans. The well dries up quickly while it takes hours to replenish itself,” Fetra R, a resident, tells DTE.

The 25-year-old and his wife have been supplying water to local residents who are not covered by the services of Jirama. Till a few months ago, they used to charge Ar300 (Rs 5.60) for delivering 20 litres of water. Recently, they have hiked the rate by 66 per cent, to Ar500 (Rs 9.50), and are mulling another steep rise of 40 per cent. 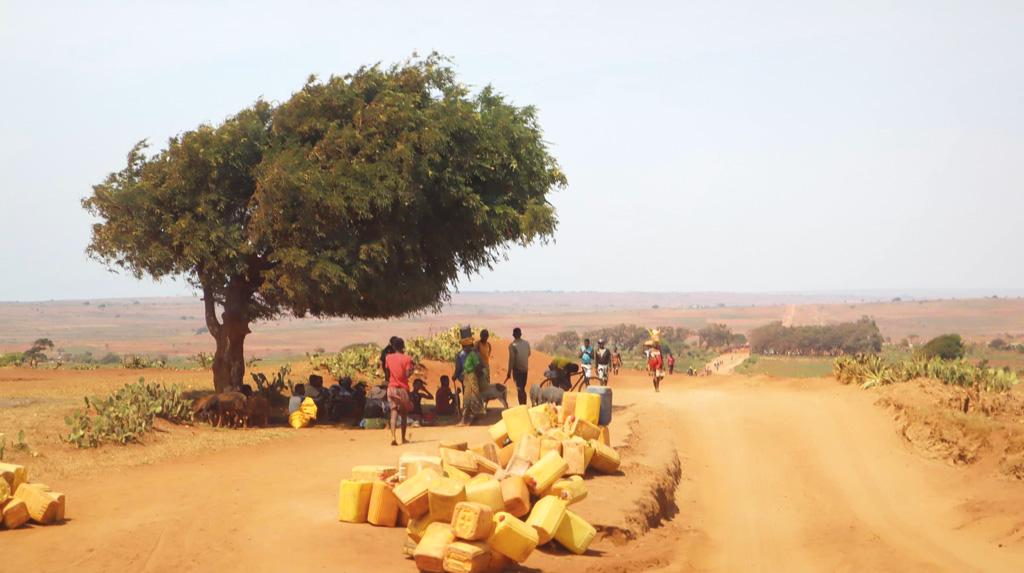 “Water inflation” is the new economic term fast gaining ground in the parched country. People often spend more on water than anything else, even food. In the southern region of the country, which is the worst affected by the ongoing drought, farmers spend half of their daily earnings on water.

“Twenty litres of water costs Ar2,000-Ar4,000 (Rs 37.70-Rs 75.40) outside the regional capital city of Ambovombe,” says Tsimanaoraty Paubert, a businessman. Most people thus prefer to collect water from roadside puddles, even though it is highly polluted and contaminated. This has also led to outbreaks of waterborne diseases.

The prolonged drought and water inflation in Madagascar is paradoxical. A World Bank-supported natural capital accounting exercise says the country’s annual per capita renewable water availability is up to 13,169 cubic meters — one of the highest in the world by any parameter.

“The current disruption is due to the significant shift in the water cycle. It is being felt more in the highlands,” says Herinjanahary Ralaiarinoro, head of the hydrology unit service in the country’s meteorology department. The rainy season has become shorter and fails to replenish the aquifers.

Mamiarisoa Anzèla Ramarosandratana, head of adaptations to the leading-edge techniques in the meteorology department, warns that the country is headed for another failed rainy season.

Under the Sustainable Development Goals established by the UN, the country has a national target of providing clean drinking water to all by 2030.Currently, only 43 per cent of the country has access to it, though most of the taps are running dry.

Madagascar reflects one of Africa’s main development challenges: providing clean water to all. According to US-based non-profit World Resources Institute’s aqueduct global water risk mapping tool, Africa is one of the world’s most water-stressed continents.

About a third of the population lives in drought-prone areas. According to the 2021 edition of the World Meteorological Organization’s State of Climate Services report, in past five decades, Africa was hit by 1,695 disasters related to weather, water, and climate, which have caused 0.73 million deaths and an economic loss of $38.5 billion.

Potable water is a prized commodity particularly in sub-Saharan Africa, where more than 400 million people do not have access to safe drinking water. In the past quarter century the region’s population has doubled but access to water has progressed by just 20 per cent.

This is equivalent to a year’s worth of labour by the entire workforce of France, or, to put it in a simple timeframe, more than 4.5 million years — a length of time the modern humans have not travelled on the evolutionary scale so far. 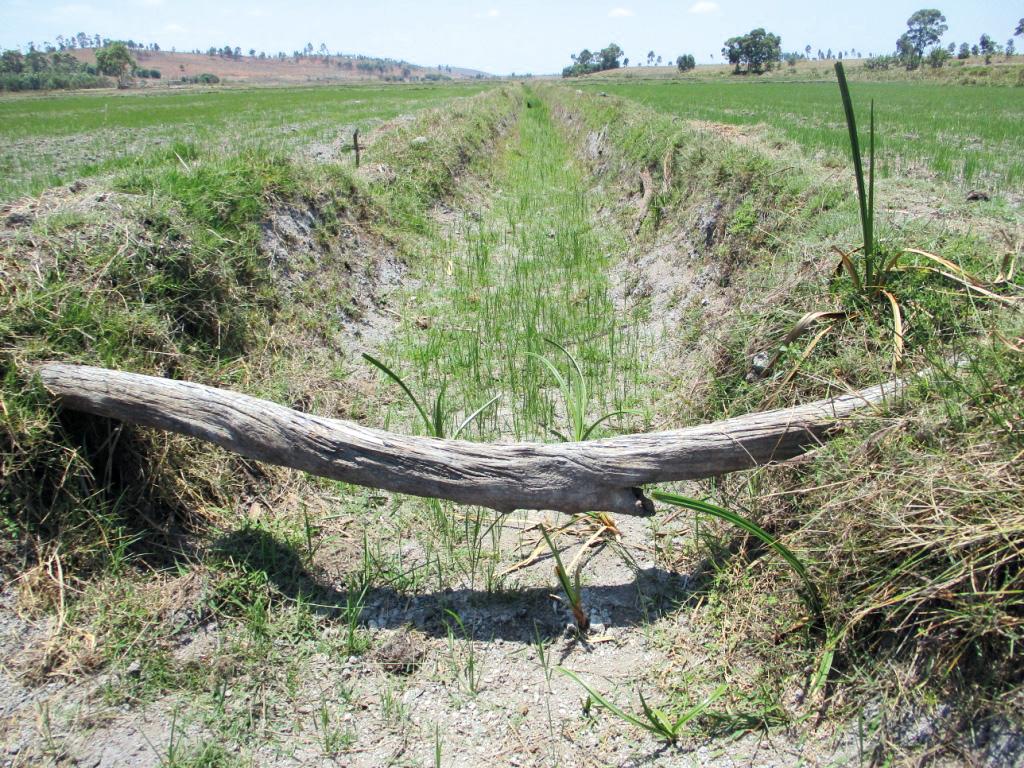 Access to safe water has traditionally been a rural challenge, where people have to walk long distances to sources like rivers, streams, ponds, wells and springs.

“In rural Kenya, the average total coping costs for an unreliable or distant water supply are about $38 per month. In comparison, the average water bill of a typical household in Nairobi that is connected to a piped system is only $4.46 per month,” shows an estimate by global water lobby Water.org.

The comparison, though, highlights the economic burden that falls more heavily on unconnected rural customers than on households with piped connections, Wangai Ndirangu, head of capacity building in sustainable water management network WaterCap Kenya, says the situation is worse for the urban poor.

Population growth in cities and towns due to migration from rural areas coupled by poor planning and management hinders access. “With nearly 600,000 people in Kenya moving to towns each year, infrastructure quickly gets overwhelmed,” Ndirangu says. he adds:

In urban Kenya, water is a factor in poverty. It is less accessible to the poor. The more poor one is, the more unlikely one is to be able to afford clean drinking water.

The observation is shared by the UN Human Rights Office that in 2019 undertook a pilot study of the right to water in Kenya’s informal settlements. It found that while urban areas have better access than rural areas, inequalities are particularly acute in informal urban settlements where residents rely on unreliable water services from formal and informal providers.

Water supply has been privatised by “cartels” and a majority respondents spent more than 3 per cent of monthly household income on water, which is above the international standard for affordability, notes the assessment.

The situation is no better in South Africa, where the average municipal water tariff was 1,300 per cent higher in 2020 than in 1996. It is expected to increase at a rate higher than inflation, between 6 and 10 per cent, says Michelle Dickens, chief executive officer, TPN Credit Bureau, in a media report on June 24, 2021.

In Somalia, where drought conditions have worsened following three consecutive below-average rainy seasons, the price of potable water has increased by 170 per cent in some regions. According to the Food and Agriculture Organization, as of December 17 last, 3.2 million people in 66 of the country’s 74 districts were affected by drought, of whom 169,000 stood displaced in search of water, food and pasture.

According to the World Meteorological Organization (WMO), 5 per cent of Africa’s GDP is lost every year due to water scarcity. “The MENA [Middle East and North Africa] region faces the greatest expected economic losses from climate-related water scarcity — estimated at between 6 per cent and 14 per cent by 2050,” states Ferid Belhaj, World Bank Vice President for the Middle East and North Africa, in a press release on August 23, 2021.

But more than that, it has pushed Africa into a vicious circle of poverty, water and disease. The African Development Bank’s “Africa Water Vision for 2025”, the document that guides the countries in the continent in shaping water policy and programmes, says inadequate access to water and sanitation causes diseases which, in turn, result in economic loss and extreme poverty.

Extreme poverty also disables people to spend on access to water and sanitation. As the document puts this: “half the work of a sick peasantry goes to feed the worms that make them sick.”