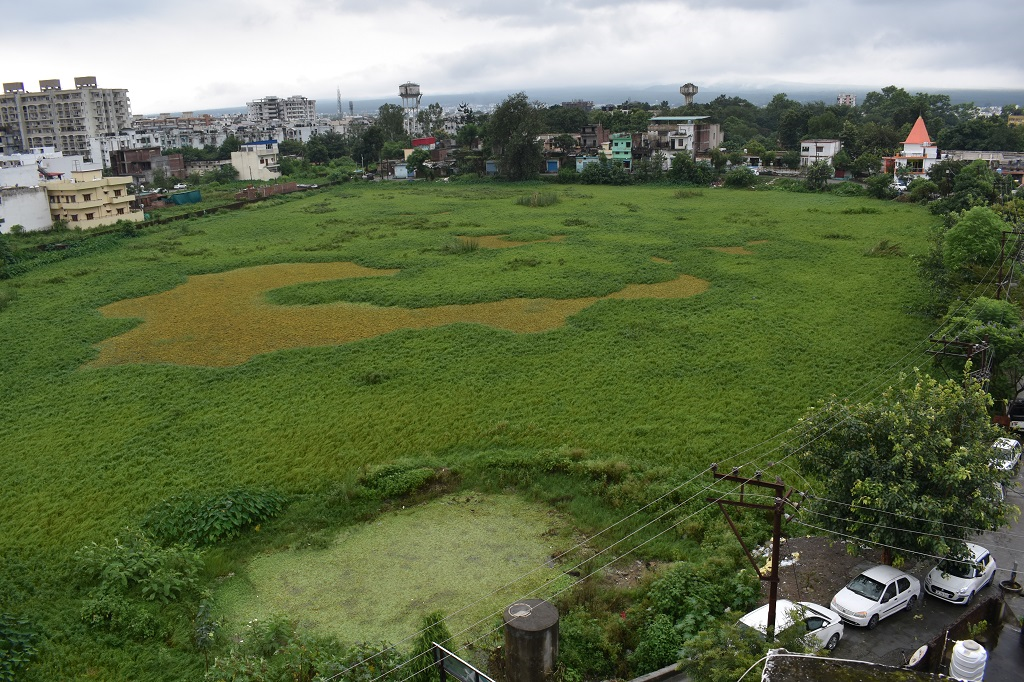 A decade back, large catches of fish from the Niranjanpur wetland in Dehradun would provide an additional income to the local community. “Now, the wetland has lost most of its fishes and is dying,” said Netra Singh, a resident, pointing at the green and putrid water body.

Nearly 70 per cent of Uttarakhand’s wetlands have been destroyed over the years due to delayed conservation action. A majority of them (816 of 994) are small wetlands of less than 2.25-hectare area.

They are undervalued for their small size despite their substantial numbers and environmental benefits. Many of these wetlands disappear even before being recognised or documented as they are least protected under most environmental regulations.

Niranjanpur pond lies in a coveted real estate area of Dehradun city. The left-over construction material is dumped carelessly around the open pond. After rainfall, the runoff water mixes with the concrete and sweeps directly into the pond, increasing siltation on its base.

Nutrient-rich wastewater from nearby areas get channelised into the pond. It causes dense overgrowth of water hyacinth and algae (eutrophication), worsening the water quality and killing its fish.

Undergoing heavy eutrophication, the otherwise clear pond has turned green and is shrinking into a muddy bog.

“The green appearance of the pond is mainly due to human activities,” said Niladri Dasgupta, Scientist at Wildlife Institute of India. He added:

Wetlands have their natural mechanism to flush off excess nutrients preventing eutrophication. But if they are overloaded with nutrients from sewage or kitchen waste along with dumped concrete, their outlet pores will choke, destroying their flushing mechanism.

Reduced rainfall and climate change has accelerated the rate at which the small wetland is drying up.

The parts that have dried up are being treated as a wasteland, complained Netra Singh, adding that the mosquito menace during monsoon has become more acute in the area.

“But rather than rejuvenating it, excuses are built to drained it out and fill it with concrete as a strategy for encroachment,” Dasgupta added.

The Wetland (Conservation and Management) Rules, 2017 strictly prohibited disposal of construction and demolished waste within them, he shared. “But unfortunately, the illegal acts continue.”

“Often, small wetlands are poorly demarcated or not even registered as a wetland. Lacking any land records, it becomes easier to encroach on them,” said Anvita Pandey, a scientist with the Centre for Ecology Development & Research, Dehradun. 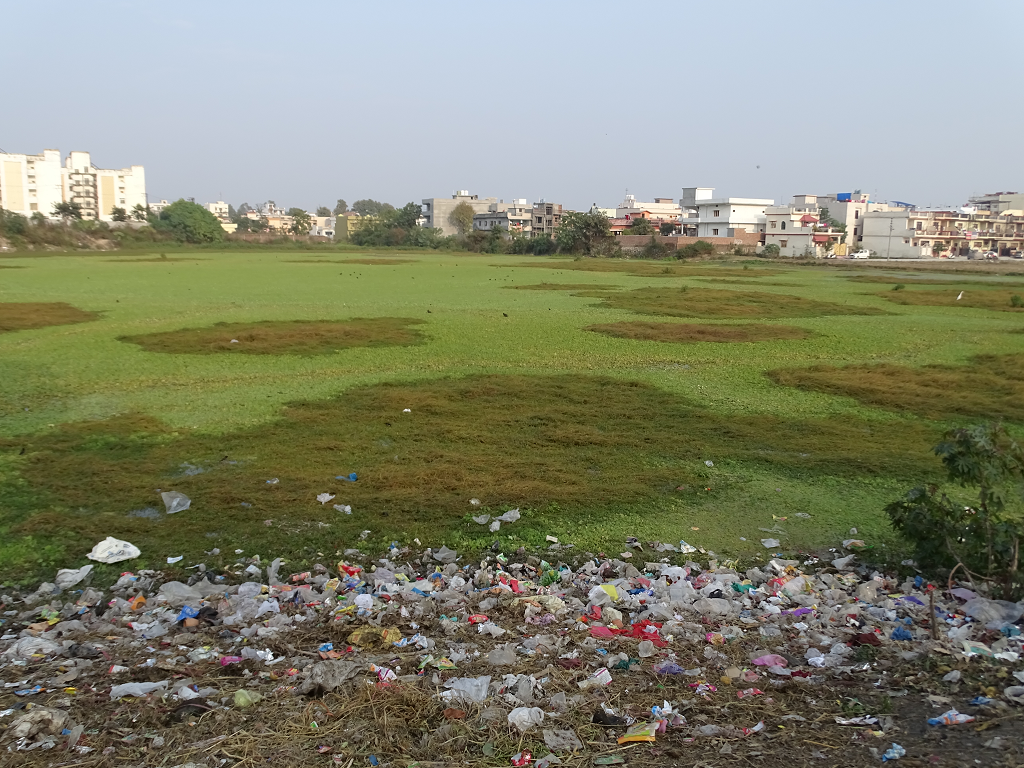 Small wetlands can have as much species diversity as large wetlands, he added.

Niranjanpur wetland is home to flocks of birds, insects, tadpoles, small fishes and mammals. It attracts tiny local birds to big migratory birds in winters. Common moorhen (jal murgi) swims in its water-pools, while the black kite preys across its waters.

It also helps in groundwater recharge.

In 2007, Dehradun’s city development plan decided to rejuvenate the pond as a Water Park to attract tourists. Under the Jawaharlal Nehru National Urban Renewal Mission, the plan proposed releasing Rs 0.88 crores in Phase I (2006-13).

But the plan did not translate into action.

In January 2018, electric pumps were installed to suck water from its northern side to erect concrete bases for huge sewage lines. The excavated muck created stagnant water pools, attracting more dirt while the pumped water further dried the wetlands at different parts.

Thereafter, it was left abandoned with animals grazing its fringes.

The abandoning attitude can be attributed to a colonial mindset, according to TV Ramachandra, coordinator of Energy and Wetlands Research Group, Bengaluru. He added:

Historically, India had several small, scattered ponds supplying water to the people. But then, water supply was colonised through pipes to gain control over water resources for cash and power. Such local wetlands need to be revived if we are looking for a  sustainable way to meet the country’s water requirements. 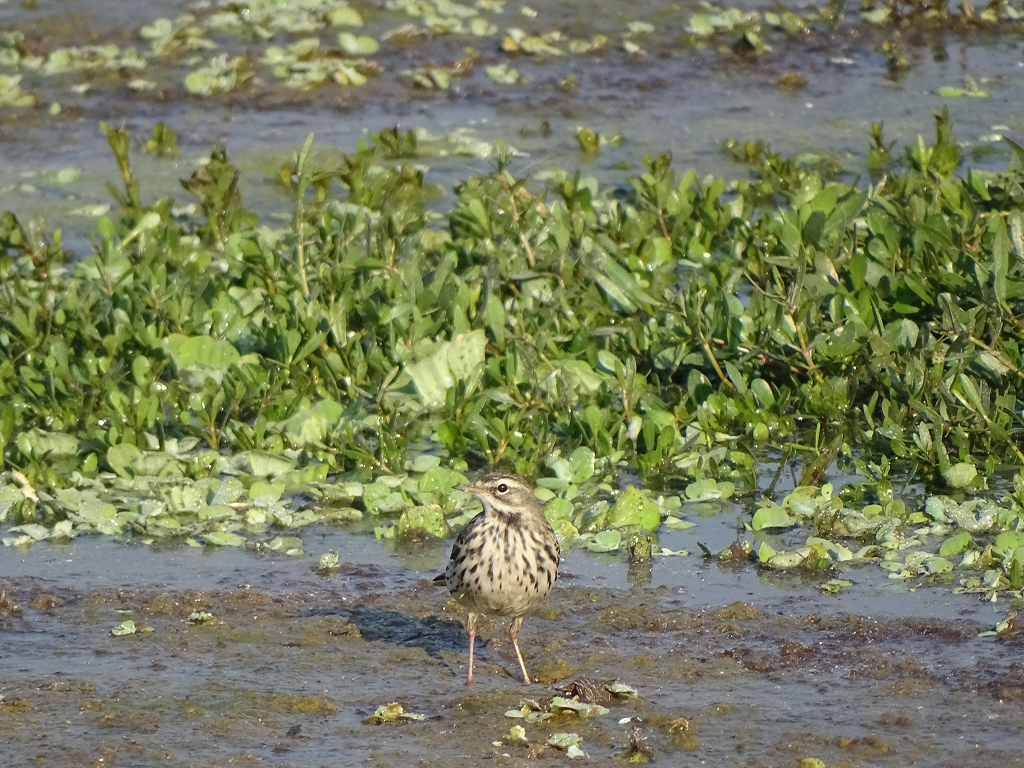 The wetland rules notified the setting up of the state wetland authority (SWA) in each state. The SWA needs to prepare a comprehensive digital inventory of its wetlands to prioritise them for conservation, according to experts.

Small wetlands like Niranjanpur have not yet been geo-tagged. Heavily infested with green algae, its surface can easily be deceived as an agricultural land in satellite imagery.

The only publicly available inventory is a compilation of 115 wetlands in Uttarakhand by World Wildlife Fund for Nature, documented back in 2013.

“Today, advanced remote-sensing can identify even one-hectare wetlands. Once officially identified and designated as a wetland, its protection becomes easier under laws,” said Dasgupta.

All land records, including wetlands, should be digitally inventoried, Ramachandra suggested.  Once digital data on wetlands and their buffer zones are available to planners and the public, encroachment becomes difficult, he added.

“We can check the wetland’s eutrophication by cutting off the excess nutrient sources,” said Pandey. This can be followed by de-siltation, weeding and then aeration into the water.

A rejuvenation project, however, can only be sustainable with people’s participation, Ramachandra remarked.

The revived wetland by development authorities must be handed over to a citizen’s group so that they can maintain and benefit from it, he added.