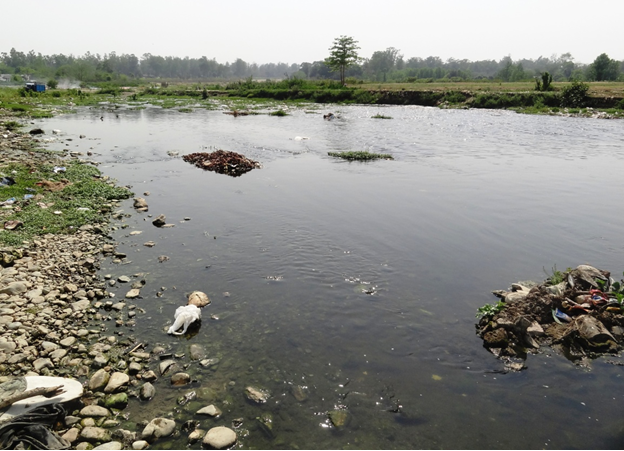 The Mussourie Dehradun Development Authority (MDDA) recently (October 8) announced its much-awaited 30 kilometre-long river front development project on two rivulets, the Bindal and the Rispana which pass through Dehradun, the capital of Uttarakhand. The project has been planned along the lines of the Sabarmati Riverfront Development Project in Ahmedabad, Gujarat.

Both these rivulets flow through Dehradun. They then join the Suswa, which in turn flows into the Ganga after a distance of 20 km.

Abhijay Negi, founder of “Making a Difference by Being the Difference” (MAD), a non-profit based in Dehradun says that the rivulets’ health has deteriorated due to deposition of raw sewage on their beds. Also, the development authority has hardly developed a monitoring system. According to studies, there is a high level of heavy metals in the Bindal. The heavy metal concentration is getting higher with passing years and the water has become a repository of contaminants and toxins. On the other hand, the water of the Rispana is highly concentrated with nutrients such as nitrate, phosphate and other anions and cations due to human activity.

According to the MDDA, the project consists of connecting the two rivulets flowing through Dehradun with a single bridge, rejuvenation of both rivulets and rehabilitation of slum-dwellers. The project aims at achieving modern, pre-fabricated engineering works, green spaces and commercial sites that would help the MDDA to gather revenue.

How it came about

In 2014, Chief Minister Harish Rawat ordered the removal of garbage from the Rispana and Bindal rivulets. The then Uttarakhand urban development minister, principal secretary and vice chairman of MDDA had taken up the work with zeal, but there was a lack of interest to continue the initiative, noted media reports.

In July 2015, a status report was presented to the competent authorities by MAD after trekking over 40 km on the two rivulets. The report noted that the Rispana’s condition was direr than the Bindal’s. It further said that there was relatively less encroachment in the upper catchment area of both rivulets, which was why both were still flowing. But it warned that if urgent action was not taken to control encroachment, even these areas would be lost out to unplanned urbanisation.

The National Institute of Hydrology (NIH) has called the Rispana a “perennial stream”, with a width of 100 metres and noted that it requires urgent action because of high pollution levels and encroachment.

Encroachment is severe in the area. According to data collected by the state irrigation department in 2008, there were 6,542 encroachments on the Rispana, covering an area of 82.34 hectares. Likewise, on the Bindal, currently there are 4,266 encroachments along with eight slum colonies on the river bed. Since the data was collected, the number of encroachments has gone up significantly as reported by the MDDA. To rehabilitate slum dwellers, around 121 housing units have been completed in Brahmapuri and Ramnagar areas of the city under the Basic Services for Urban Poor (BSUP) scheme of the central government’s Jawaharlal Nehru National Urban Renewal Mission (JnNURM) and the people living on the river bank were expected to shift into their new houses. In July 2015, the MDDA fixed the cost of flats to be Rs. 5 lakh for economically weaker section (EWS) and Rs. 10 lakh for the lower income group (LIG). Furthermore, in order to prevent further land encroachment along the Rispana and Bindal, MDDA has reclaimed and handed over about 450 bighas of land valued at more than Rs.100 crore to the Municipal Corporation of Dehradun. This land would be used not only for the river front development project but also for various urban development works in the state capital.

Difference between Ahmedabad and Dehradun

The Dehradun project may have been designed along the lines of the Sabarmati river front development project in Ahmedabad. However, there is considerable difference between the two cities. The City Development Plan of the state urban development department (2007) clearly cited the shortage of land in Dehradun, which may demark the efficient deployment of the project. However, in Ahmedabad, no such issues were faced during developmental works. The Ahmedabad Municipal Corporation (AMC) started riverfront development in 1997. AMC claimed that the project was one of the best urban infrastructure projects but river activists said the project focused more on recreational and commercial activities than on river reclamation. The construction was started in 2005 by reclaiming 185 hectares (ha) of land and 21 per cent of it was concretized and sold to private developers as reported by South Asia Network on Dams, Rivers and Peoples (SANDRP). The project faced severe criticism from local activists as there was poor rehabilitation of slum populations and flood saving techniques were least investigated. Water from the Narmada canal was brought to fill the dry river. Thus, there was neither cleaning nor rejuvenation of the Sabarmati river.

Will the Dehradun project help?

Since both rivulets form the drainage system of Dehradun, there is an urgency in terms of taking care of revival and restoration. Human interference shrinks the flow of water and leaves rivers polluted and water-starved. This leads to more floods as they are the only outlets for rain water. Mere beautification may not help to revive the river system and more focused and elemental actions would be needed.

The state authority should focus on the cleaning of the rivulets rather than beautification. Otherwise, the city of Dehradun will lose its lifeline soon.

The drainage of the city has been once moderated by these two rivers, since the rivers are now a mere drain, the city has experienced frequent flood events in the last one decade.