Welfare schemes benefited only a quarter of urban slums: NSSO

Over 30 per cent urban slums across India have no toilets or drainage facilities, in spite of funds being made available under JNNURM and other schemes 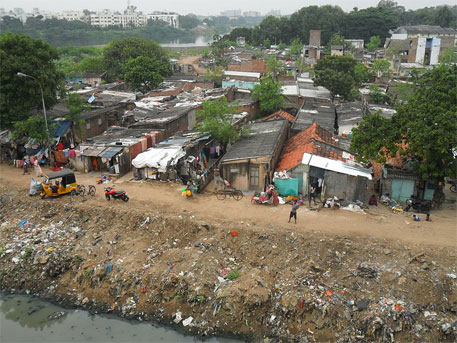 Only 24 per cent of urban slums of across India benefited from Central government welfare schemes such as the Jawaharlal Nehru National Urban Renewal Mission (JNNURM) and Rajiv Awas Yojana (RAY) and other schemes run by state governments and local bodies, according to the findings recently released by the National Sample Survey Office (NSSO) of the Union Ministry of Statistics and Programme Implementation.

NSSO released the key indicators of urban slums in India, generated from data collected during its 69th round of survey between July 2012 to December 2012. The last survey on slums was conducted during the 65th round of the national sample survey from July 2008 to June 2009.

23% slums are in Maharashtra

Maharashtra, with an estimated 7,723 slums, accounted for about 23 per cent of all slums in urban India, followed by Andhra Pradesh, accounting for 13.5 per cent, and West Bengal, which had a share of about 12 per cent.

UIDSSMT focuses on integrated development of slums, achieved through various projects for shelter, basic services and other related civic amenities to provide utilities to the urban poor. 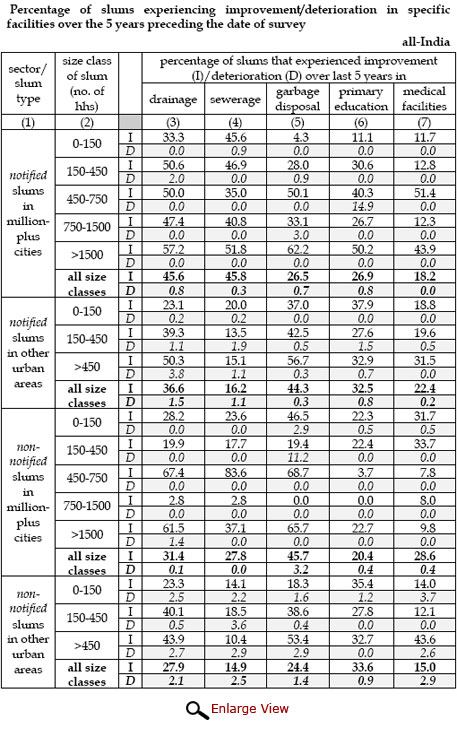