What monsoon holds for India in 2015

From forecasts over El Niño to fears of economic loss, many predictions in the last week have raised eyebrows 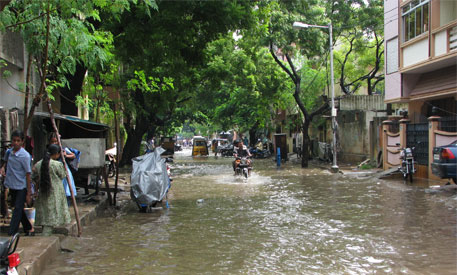 The recent forecast by India Meteorological Department (IMD) that monsoon will hit early this year might have come as a relief for many farmers in India. But what could be more important is if it will stay strong after hitting the Kerala coast around May 30.

The advance of southwest monsoon over the Andaman Sea normally takes place around May 20 with a standard deviation of about one week. "As such, conditions are becoming favourable for advance of southwest monsoon over the Andaman Sea and adjoining sea areas during the next 3-4 days," said IMD in its forecast of an early monsoon.  But what is worrisome is the earlier forecast that has predicted a “below normal” and “deficient rainfall”. If that stands true, this will be a second consecutive year of less rainfall in India. In 2014, India witnessed 12 per cent deficit in monsoon.

The monsoon season or the months between June and September are crucial for the economy, especially the agriculture sector which has been grappling with droughts and other extreme weather events like unseasonal rains. Between March 1 and March 18 was 49.2 mm—197 per cent above normal and major cropped losses were reported from Rajasthan, Uttar Pradesh and Maharashtra. The losses had even triggered farmer suicides.

Adding fuel to fire are the El Niño predictions from across the world.  In its forecast released on May 14, US’ National Oceanic and Atmospheric Administration (NOAA) has declared a 90 per cent chance that the current El Niño will continue through the end of this year. Besides, Japan's Meteorological Agency and the Australian Bureau of Meteorology have stated that water in the Pacific Ocean is now warm enough and El Niño is back. Also, international rating agency Moody’s recently stated monsoon as an “additional risk” to India’s GDP growth in 2015.

Meanwhile, the Government of India has announced that it has put in place a contingency plan for 580 districts to tackle any situation arising out of below-normal monsoon.

All the factors combined, could give way to inflation and add to distress of farmers who are gearing up for Kharif season while counting their losses from unseasonal rains of March.