What Nigeria did to become Ebola-free 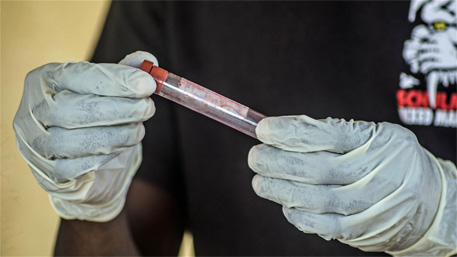 Nigeria, Africa’s most populous country and the one to have been recently hit by Ebola, has just been declared Ebola-free by the World Health Organization (WHO). This is because it has been 42 days since the country last reported an Ebola case. Days before Nigeria, another West African country Senegal was declared free of Ebola.

With a population of more than 170 million, it was definitely a mammoth task for the health administration to get rid of the deadly disease that has claimed nearly 5,000 lives in West Africa. Ebola first hit the country in the first week of September when Liberian-American Patrick Sawyer flew into the country from Liberia and collapsed at the airport. Since then, Nigeria has reported almost 20 cases of Ebola.

But what is it that the country did right to free itself from the disease that has shaken the whole world with its fatality rate and scale of spread? “Nigeria knew it was possible a case of Ebola would make it into the country, so officials got to work early by training health care workers on how to manage the disease, and disseminating information so the country knew what to expect,” say Chukwu and Faisal Shuaib of the country’s Ebola Emergency Operation Center in a report published in Time.

"Nigeria acted quickly and early and on a large scale," John Vertefeuille of the US Centers for Disease Control and Prevention told AFP news agency. Tracing all the people who came in contact with the infected person, when he first entered Nigeria, was another major effort in containing the disease that could have easily spiralled out of control. According to a research paper recently published in Eurosurveillance, a total of 898 contacts were subsequently linked to the index case of the Liberian-American. “In a piece of world-class epidemiological detective work, all confirmed cases in Nigeria were eventually linked back to the Liberian air traveller who introduced the virus into the country on July 20,” says WHO.

Latest statistics from WHO show that nearly 9,216 people have contracted the illness and at least 4,555 have died. The outbreak is presently spread in three countries—Guinea, Liberia and Sierra Leone. The paper published in Eurosurveillance has attributed Nigeria's success to the intense and rapid contact tracing strategy, the continuous surveillance of potential contacts, and the largely effective isolation of infectious individuals.

Technology was instrumental in Nigeria’s fight against Ebola. A report published in the Financial Times also talks about Lawal Bakare, a 31-year-old dentist who helped the government with a social media campaign. “When community action is heightened, the story changes,” says Bakare. “We are spreading on Twitter much faster than the Ebola virus. Part of what we are going to do now is to see how we can transfer this to other sectors of society,” says the doctor in the report.

Another reason that experts believe helped to curb the spread was not closing its borders to travellers from Guinea, Sierra Leone and Liberia. This prevented people from using illegal boundaries and also saved the economy from crashing down. The state government of Lagos, the city where country’s first case of Ebola was discovered, is now all set to deploy some health workers who had helped in the containment of Ebola in the state to Sierra Leone. “The health workers will replicate the state’s virus containment strategies in the Sierra Leone with a view to assisting the Ebola-hit country overcome the health crisis,” says the governor of the state, according to a report by Nigerian Bulletin.