WHO expresses concern over MERS, urges countries to act 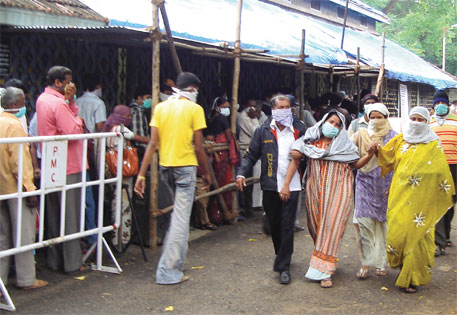 With recent reports of spread of Middle East respiratory syndrome coronavirus (MERS-CoV) in at least 13 countries, the world now has a reason to be worried about the deadly infection. The World Health Organization (WHO), on Wednesday, showed serious concern towards spread of the disease and said that "the seriousness of the situation had increased in terms of public health impact."
The development is even more a concern for India as a considerable number of pilgrims go to Mecca-Madina for Haj every year and get exposed to the virus.

The fifth meeting of International Health Regulations Emergency Committee, concerning MERS-CoV, was held on Wednesday (via teleconference) in the wake of 126 deaths due to MERS-CoV in Saudi Arabia alone since September 2012. More than 450 people have been reported infected in the same period. The international agency, however, made it clear that the conditions to declare a Public Health Emergency of International Concern (PHEIC) have not yet been met.

Apart from the member countries, the committee was joined by representatives of 13 affected countries—including Egypt, Greece, Jordan, Kuwait, Lebanon, Malaysia, Oman, Philippines, Qatar, Saudi Arabia, United Arab Emirates, United States of America, and Yemen. In the last one month, two cases of MERS-CoV infection have been confirmed in the US too.

In August last year, India's Directorate General of Health Services had issued an advisory to pilgrims going to Haj. A study by St Michael's hospital, Toronto had placed Mumbai and Kozhikode among top 12 cities worldwide in terms of risk perception due to high number of flights leaving for Haj from these places.

A WHO mission that visited Saudi Arabia from 28 April to 5 May 2014 made recommendations based on the observations of the mission and other information collected through WHO Secretariat.
Based on the visit and inputs by affected countries during the meeting, the Committee gave recommendations and states that there is no evidence of sustained human-to-human transmission. It, however, emphasized that its concern about the situation had significantly increased and centered on the recent sharp rise in cases; systemic weaknesses in infection prevention and control, as well as gaps in critical information; and possible exportation of cases to especially vulnerable countries.