Who is the good doctor 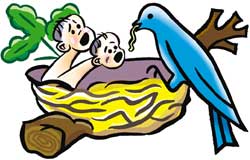 The baby-food major hit upon a novel strategy to drive home its scheme: it organised symposiums on homoeopathy medicine in Jalaiguri. But says a doctor who attended one such gathering, after initial platitudes on homoeopathy the meet became a promotion venue for Nestl products.

Such promotion is a violation of the International Code for Marketing of Breast Milk Substitutes. It also contravenes India's Infant Milk Substitutes, Feeding Bottles and Infant Foods (Regulation of Production, Supply and Distribution) Act, 1992 (amended in 2003, also called ims).

But, as J P Dadhich, research coordinator, Breastfeeding Promotion Network of India, ponts out, "Having a law is not enough. The ims act should be enforced strictly to dicontinue such promotion campaigns." Dadhich also feels that campaigns such as those of Nestl's does have a negative impact on breastfeeding. The baby food major's move to target homoeopathic doctors acquires even more ominous portents in view of the fact that the baby food industry's has been lobbying the Union ministry of food processing to repeal the ims act.

Nestl, in fact, has a long history of promoting baby food products unethically. As far back as in 1977, an international campaign, Nestl Boycott, was started to halt the aggressive sales campaigns of the baby food major.