WHO report calls for scientific research for universal health coverage 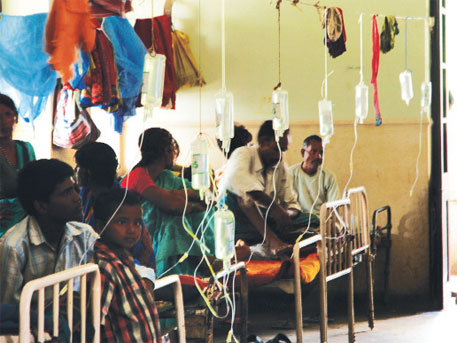 The target of universal healthcare cannot be achieved without the evidence provided by scientific research, says the World Health Report (WHR) for 2013, released last week by the World Health Organization.

The report looks into various aspects of research conducted so far across the globe. It has some important pointers on healthcare trends. For example, more than US $100 billion is spent globally on health research each year but half of this is in private sector, mainly in the pharmaceuticals and biotechnology industry. The products so created are clearly directed at markets in high income countries. Drug development is a case in point where only 21 of the 1,556 (1.3 percent) new drugs developed over the thirty year period starting 1975, were for diseases not found in high-income countries.

Quoting a survey on 140 health research funders globally, the report says that most research is targeted at developing new health technologies rather than making better use of existing ones.

With all these facts, the report pushes for research by every country according to local needs.

The report shows that the co-authorship of research papers by India is low, and is growing very slowly. Brazil has been put in similar category in the report. However, neighbouring China’s contribution, which was low earlier, increased rapidly, says the report (see graph). Chinese global share of co-authorship increased from 5 per cent in 2000 to 13 per cent in 2010.

The report concludes that four functions of an effective research system, includes setting priorities, building capacity, setting standards and translating evidence into practices. As priorities vary from one country to another, WHR says that countries need to put in more effort to identify national research priorities.

In the case of India where everyone is eligible to access government health services, direct out of pocket payment for healthcare is still among the highest in the world, says the report. It says that only research can identify the loopholes and suggest steps needed to provide quality healthcare to people. “Universal Health Coverage with full access to high quality services for prevention, treatment and financial risk protection cannot be achieved without the evidence provided by scientific research,” the report says.

It further says that all nations should be producers of research as well as  consumers. The creativity and skills of researchers should be used not only for academic purpose but also in public health programmes, says the report adding that research for universal health care service requires national and international backing.

Universal health coverage requires a strong, efficient, well-run health system; access to essential medicines and technologies; and sufficient, motivated health workers. The challenge for most countries is how to expand health services to meet growing needs with limited resources.