Increased measures can improve the health and well-being of more than 1.5 billion people, says UN body 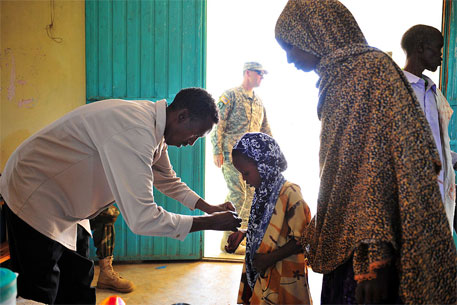 The World Health Organization (WHO), in a latest report, has urged affected countries to scale up their investment in tackling 17 neglected tropical diseases. This investment which would represent as little as 0.1 per cent of current domestic expenditure on health in affected low and middle income countries for the period 2015-2030.

Neglected tropical diseases cause blindness, disfigurement, permanent disability and death, particularly among the poor. WHO’s report, Investing to Overcome the Impact of Neglected Tropical Diseases, outlines an investment case and essential package of interventions for these diseases. The measures can improve the health and well-being of more than 1.5 billion people.

The report also highlights progress made in recent years, largely attributed to a scale-up of control interventions in reaching the poorest. For example, in 2012 alone, more than 800 million people were treated for at least one neglected tropical disease.  In 2014 there were just 126 cases reported of Dracunculiasis (guinea-worm disease), compared to almost 1,800 in 2010 and 3.5 million in the mid-1980s. Eradication of this disease is achievable with continued effort and investment.

The report sets specific investment targets for many of the 17 diseases. It stresses that countries must make firm and sustainable budgetary commitments if they are to meet WHO targets and accelerate progress.

With the measures and investments in place, it has been estimated that by 2017, the number of people receiving preventive treatment for at least one of the diseases should reach 1.5 billion. As diseases are reduced or eliminated, the number of people needing and receiving treatment will obviously fall. Moreover, moving towards universal health coverage will ensure that all people have access to preventive and curative health services for neglected tropical diseases.
In the face of climate change, countries need to strengthen their ability to anticipate and meet new challenges in terms of vector ecology and management.

In 2013, Latin America’s Colombia became the first country where WHO verified the elimination of river blindness (onchocerciasis), followed by Ecuador in 2014.

In the current year (2015), Bangladesh and Nepal are poised to eliminate visceral leishmaniasis as a public-health problem by the end of the year. Also, the number of new cases of sleeping sickness (human African trypanosomiasis) has dropped to fewer than 10,000 annually and this for the first time in 30 years with 6,314 cases reported in 2013.