Why a country with one of world’s best education systems wants reforms now?

Finland will now do away with subjects like history, geography, math by next year 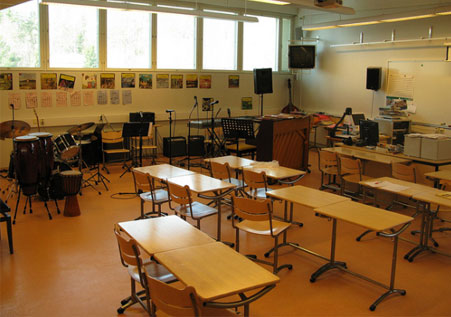 With Finland, one of the educational hotspots of the world, announcing to stop teaching individual subjects by 2016, stories criticising their move to abandon traditional subjects have appeared everywhere.

But for Finland, where education is free at levels and whose students are among the best in assessments like Programme for International Student Assessment (PISA) rankings, why was it so important to introduce changes into one of one of the widely-accepted standards of education? Did the policy makers and educationists think that it was time to make a good recipe better by using more refined ingredients?

The country that built a world-class system in past four decades will now do away with subjects like history, geography, math and teach in a way that classwork relates to lives of students. The schools will implement this model next year on an experimental basis. Finland began experimenting with topic-based lessons in the 1970s, says Pasi Sahlberg, an expert on Finnish education and a visiting professor of practice at Harvard, in a report published on news website vox.com.

There are educationists who believe that this is a good move. “Finland is one of the best because its policy makers have the courage to experiment with new ideas. In India, we would do that in all sectors but education,” says Kartik Sharma of Agnitio Education Systems, an education-software company that he started in India after observing the education systems in developed countries like UK and Norway.

According to news and research website The Conversation, what facilitates this for Finland is its decentralised education system that allows municipalities to arrange schooling according to local conditions. Therefore, what will change in 2016 is that all basic schools for seven to 16-year-olds must have at least one extended period of multi-disciplinary, phenomenon-based teaching and learning in their curricula. The length of this period is to be decided by schools themselves.

“With the new basic school reform all children will also learn via periods looking at broader topics, such as the European Union, community and climate change, or 100 years of Finland’s independence, which would bring in multi-disciplinary modules on languages, geography, sciences and economics,” adds expert Sahlberg in a post published in The Conversation.

The move, according to him, will bring more changes to Finnish middle-school subject teachers who have traditionally worked more on their own subjects than together with their peers in school.