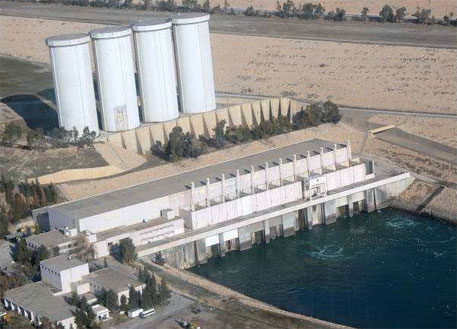 On Sunday, when Kurdish forces in Iraq, with support from US military, reportedly managed to wrest back control over Mosul dam, they most likely succeeded in averting a crisis that could have destroyed about one million lives in the strife-torn country. Iraq’s largest dam that supplies water and electricity to northern Iraq had been seized by Islamic State (IS) fighters on August 7.

For 10 days, the IS (formerly known as ISIS) was in control of a possible weapon of mass destruction which, according to the US, is “the most dangerous dam in the world”. This is because by manipulating the dam for its own purpose, a military group can either impose famine on major parts of the country or flood them. Saddam Hussein, the Sunni leader who built Mosul dam in mid-1980s, is known to have choked off water supplies to Shiites in the south of country.

An instantaneous failure of Mosul dam when it is filled to its maximum operating level, could result in a flood wave over 20 metre high in the city of Mosul, resulting in a significant loss of life and property. The dam holds back 11 billion cubic metre of water.

“Mosul dam is one of the most significant strategic projects in Iraq since any defect or failure that may happen in the dam, God forbid, will have catastrophic effects on the population living downstream of this dam, specially on Mosul city located on Tigris River 60 km downstream the dam site and having 1.7 million of population,” says Thirteenth International Water Technology Conference report of 2009. The report, written by two professors at Mosul University studied the hypothetical effects of the dam's collapse and envisaged a humanitarian catastrophe beyond anything Iraq had witnessed in modern history.

Moreover, the dam is not devoid of engineering faults that pose enormous threat to existence of life and agriculture in northern part of the country. According to a news report published in Abcnews.com, a letter from US army official, in 2007, had warned that the gargantuan dam was constructed on a foundation of soluble soils that are continuously dissolving, resulting in the formation of cavities and voids underground that place the dam at risk for failure. The news report adds that for 30 years, the Iraqi government has managed to keep the dam upright by continuously pumping in tonnes of grout.

IS could also use the dam to starve the population by cutting off electricity to much of agricultural land in northern Iraq.

Karstification effect on the stability of Mosul Dam and its assessment,