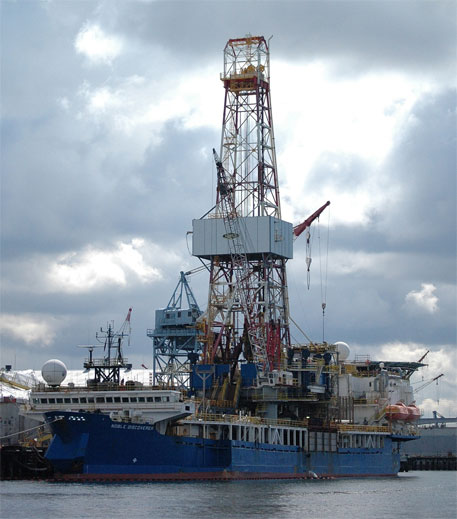 Global energy company Royal Dutch Shell may be reconsidering its interests in the Arctic, according to reports in international media. The company has agreed to buy natural gas company BG Group for $70 billion, which media reports say may have influenced Shell’s business interests away from the Arctic.

In a conference called by Shell this week, CEO Ben Van Beurden defined three pillars of Shell’s business plan, including LNG and deepwater assets. But a company presentation classified the Arctic as a “longer term option”.

There are no official signs yet that the proposed oil exploration project, termed harmful to the vulnerable Arctic, may have been affected. In January this year, Shell announced that it would resume drilling in the Chukchi Sea off the coast of Alaska during the summer, after one of its ships carrying a drilling rig ran aground on New Year’s Eve. Drill ship Noble Discoverer, and the drilling rig Polar Pioneer are now over the Pacific Ocean, headed for Shell’s project in the Chukchi Sea.

The project crossed another hurdle on March 31, when the US government revalidated the 2008 lease sale of Arctic drilling rights to Shell. Interior Secretary Sally Jewell said the Arctic was an important component of US’ national energy strategy. The new environment impact analysis released by the Interior Department revises the amount of oil and natural gas recoverable from the region. But it also says there is a 75 per cent chance of at least one large oil spill that releases more than 1,000 barrels of oil.

This is what environment organisations are worried about. The Arctic ecosystem, already threatened by rapid melting of ice due to warming, could suffer large-scale irreparable damage in the event of such a spill. International environment campaigning organisation Greenpeace says on its website, “… a deadly oil spill is not a question of if, but when. Toxic oil could leak unchecked beneath the ice for years, polluting the lands and livelihoods of people who have called the Arctic home for millennia.”

Earlier this week, six activists of Greenpeace climbed onto Polar Pioneer, one of the oil drilling ships 1,200 km northwest of Hawaii. Greenpeace says the protestors would set up camp below the main deck and share real-time updates with supporters around the world. Shell has taken out an injunction against the activists.

One of the protestors, Johno Smith from New Zealand, said in an official press release, “We’re here to highlight that in less than 100 days Shell is going to the Arctic to drill for oil. This pristine environment needs protecting for future generations and all life that will call it home. But instead Shell’s actions are exploiting the melting ice to increase a manmade disaster.”

Meanwhile, Alaska House Speaker Mike Chenault has introduced a resolution inviting Shell to dock its oil-drilling ships on an Alaskan port if the US government doesn’t allow them in Seattle due to environmental concerns. Seattle had agreed to lease its port to Shell for housing the fleet. The resolution asks government officials to close the Boeing production plant in Washington instead if they were concerned about CO2 emissions.