The last surviving female dies in a Chinese zoo 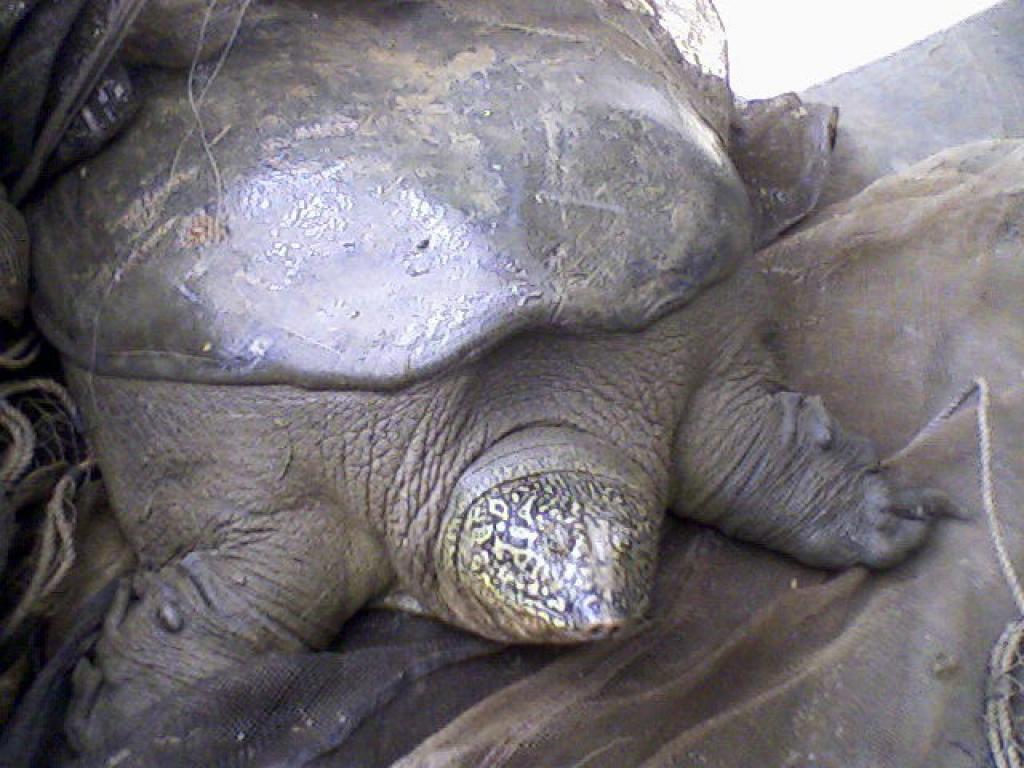 The recent death of the last known surviving female Yangtze giant soft shell turtle (Rafetus swinhoei) means that the species is now walking into the sunset.

According to media reports, the female died after a failed artificial insemination in Suzhou Shangfangshan Forest Zoo in eastern China's Jiangsu Province on April 12, 2019. She was 90 years-old.

The female had been found in 2008 in the city of Changsha. She had been moved to the zoo where efforts were made to mate her with a 100-year-old male. The female laid fertilised eggs on several occasions but none of them hatched. Since 2015, an effort had been on to artificially inseminate. Those efforts ended on April 12.

With the passing of the female, only three known individuals of this species remain in the world. One is the 100-year-old male in Suzhou. There is another male in Vietnam’s Dong Mo Lake, and a turtle in Xuan Khanh Lake on the outskirts of Hanoi, whose gender is unknown.

According to Chinese news agency, Xinhua, the Yangtze giant soft shell turtle is known to have inhabited the Yangtze river in China and the Red river that flows from southern China into northern Vietnam for millions of years. It was the inspiration behind the mythological creature "Bi Xi" or "Ba Xia," the sixth son of the dragon in ancient Chinese belief.

The Yangtze giant softshell turtle is the largest freshwater turtle in the world. It grows to 100 centimetres and weighs up to 100 kilograms (kgs).

The plight of soft shell turtles

The species’ extinction draws attention to the plight of soft shell turtles. But what is the difference between them and hard shelled turtles? “The name itself points to that,” says Zoological Survey of India scientist, Basudev Tripathy.

“In soft shell turtles, the top or back is fleshy. In hard shell ones, it is made up of bone and covered by the skin or epidermis,” he says.

Tripathy says the soft shell of the turtles renders them vulnerable to predators and hence, all of them are usually found in freshwater habitats like rivers, lakes and ponds. “The hard shell varieties are found in both, marine and freshwater environments. The largest turtle on the planet though, is neither hard shell nor soft. It is somewhere in the middle. It is called the Leatherback. It measures three-and-a-half metres and weighs 700-800 kgs,” says Tripathy.

Tripathy explains it with examples from India. “The Gangetic soft shell turtle (Nilssonia gangetica) is poached for its meat. It also suffers from sand mining in the Chambal river, a major habitat. These turtles bask on the shore and lay their eggs on it. Sand mining prevents them from doing either.”

But what is the ecological importance of a soft shell turtle? “They are scavengers. They eat dead bodies floating in rivers and keep them clean. They also feed on plankton,” says Tripathy.