While about 50 per cent of conservation breeding programmes remain only on paper, the ongoing projects are riddled with unscientific protocols and petty politics 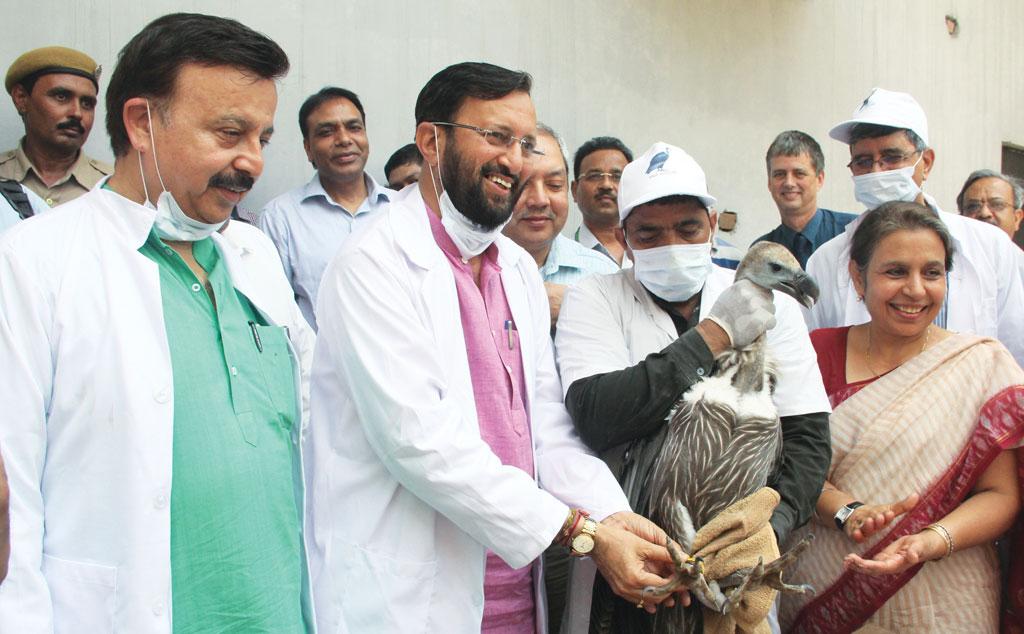 On world Environment Day, June 5, this year, the then Union environment minister, Prakash Javadekar, released two Himalayan Griffon vultures—a species driven to extinction due to the consumption of pesticide-laden carcasses—at the Jatayu Conservation Breeding Centre, Pinjore, Haryana. The birds were bred in captivity for 10 years to be eventually released into the wild. Initially, the birds did not leave the centre’s premises even after a goat carcass was placed to encourage the birds to fly out. After 24 hours, the birds finally flew to freedom.

But the trajectory of conservation breeding programmes in India has been fraught by unprecedented delays, unscientific protocols and petty politics. Of the 79 conservation programmes launched till date, 36 remain only on paper. And just about nine per cent of these programmes have been successful in reintroducing animals into the wild.

Conservation breeding involves breeding species in captivity with minimal human interference, and subsequently reintroducing the animals into the wild. Founder populations—genetically superior individuals—are secured and circulated to avoid inbreeding. These programmes assume significance as 26 species in India are on the brink of extinction, according to the International Union for Conservation of Nature (IUCN). “Conservation breeding has had a slow start as the number of animals of many of the species in Indian zoos has either a small founder population or the zoos do not have the species,” admits Brij Kishor Gupta, evaluation and monitoring officer, Central Zoo Authority, New Delhi.

India began conservation breeding in the 1970s with the successful breeding of the magar (Crocodylus palustris), the gharial (Gavialis gangeticus) and the saltwater cro-codile (Crocodylus porosus), which were later reintroduced in various zoos and also into the wild. But it has been a sedate journey peppered with poor planning, implementation and management.

“If reintroduction into the wild is the primary goal of conservation breeding, then habitat protection attains primary importance,” says Shubhobroto Ghosh, author of Indian Zoo Inquiry. The project to revive the hangul (Kashmir stag) failed as sheep grazing areas were diverted for hangul conservation, fuelling repeated conflicts with local communities. “Their population further dipped when cement factories were allowed near the centre. Extraction of limestone for cement proved to be death traps for the hanguls,” explains Kangana Kaul, a Srinagar-based wildlife researcher. Worse, the last two hanguls were killed by a leopard in the open enclosure at the centre.

International experiences show that not only is it mandatory to secure pristine protected areas to breed as well as to re-introduce animals, it is imperative to involve local communities as active partners for any conservation initiative to be successful (see ‘Human interface’).

In India, the problems are more basic. The choice of breeding centres has often been flawed. For the musk deer, the site chosen was at 2,700 m above sea level, when the animal’s survival altitude in natural habitats is 2,500 m. Disease outbreaks too are common in breeding centres—the first batch of the musk deer died due to a lung-worm infection and many hanguls died due to various infections contracted from sheep grazing areas near the centre.

There is a severe paucity of trained and skilled personnel as well. “Often, we had to put up with staff who considered the assignment as a ‘punishment posting’,” says S Sathyakumar, a scientist with the Wildlife Institute of India (WII), who spearheaded the musk deer conservation programme. Without a calibrated conservational plan, any breeding centre is vulnerable to unilateral and unscientific decisions of a few individuals regarding the management of the captive stock, which could be detrimental, he adds.

The programme to breed the sangai (Manipuri dancing deer)—less than 200 animals are left—showcases other problems. “Overcrowding of animals in poorly sanitised enclosures and a possible genetic disorder or deterioration due to long inbreeding with a small population are some of the reasons for only 24 new sangais being born during the last decade,” reveals Kh Shamungao, a retired professor of Zoology and adviser of Manipur’s State Board for Wildlife, Biodiversity Strategies and Action Plan.

As if unscientific foreplays were not enough, petty politics is complicating the situation. At a state wildlife board meeting, Rajasthan Chief Minister Vasundhara Raje reportedly instructed wildlife officials not to share eggs of the Great Indian Bustard—a breeding programme was launched in December last year—with Gujarat. Originally, the centre was to be located in Jaisalmer, but experts said it was not an ideal site as it is dry, and recommended coastal Kachchh in Gujarat. Now officials are on a wild goose chase to find a location for the centre between Ajmer and Kota.

The case to relocate the captivebred Asiatic lions from the Gir National Park in Gujarat to the Palpur Kuno Reserve in Madhya Pradesh, as recommended by an expert team headed by Ravi Chellam, is even peculiar. The population of lions has grown by over 400 per cent in the past two decades. The requests were repeatedly rejected by the Gujarat government. Now over 168 lions have moved out of the protected areas and are fueling human-animal conflicts.

Conservationists believe that breeding programmes must follow validated scientific protocols while securing appropriate habitats. It is also essential that local communities living in the reintroduced areas act as guardians and benefit from tourism and other economic spin-offs. Unless the government reorients and speeds up its strategies, conservation breeding will remain a wild fantasy.

The article has been taken from September 1-15, 2016 issue of Down To Earth magazine