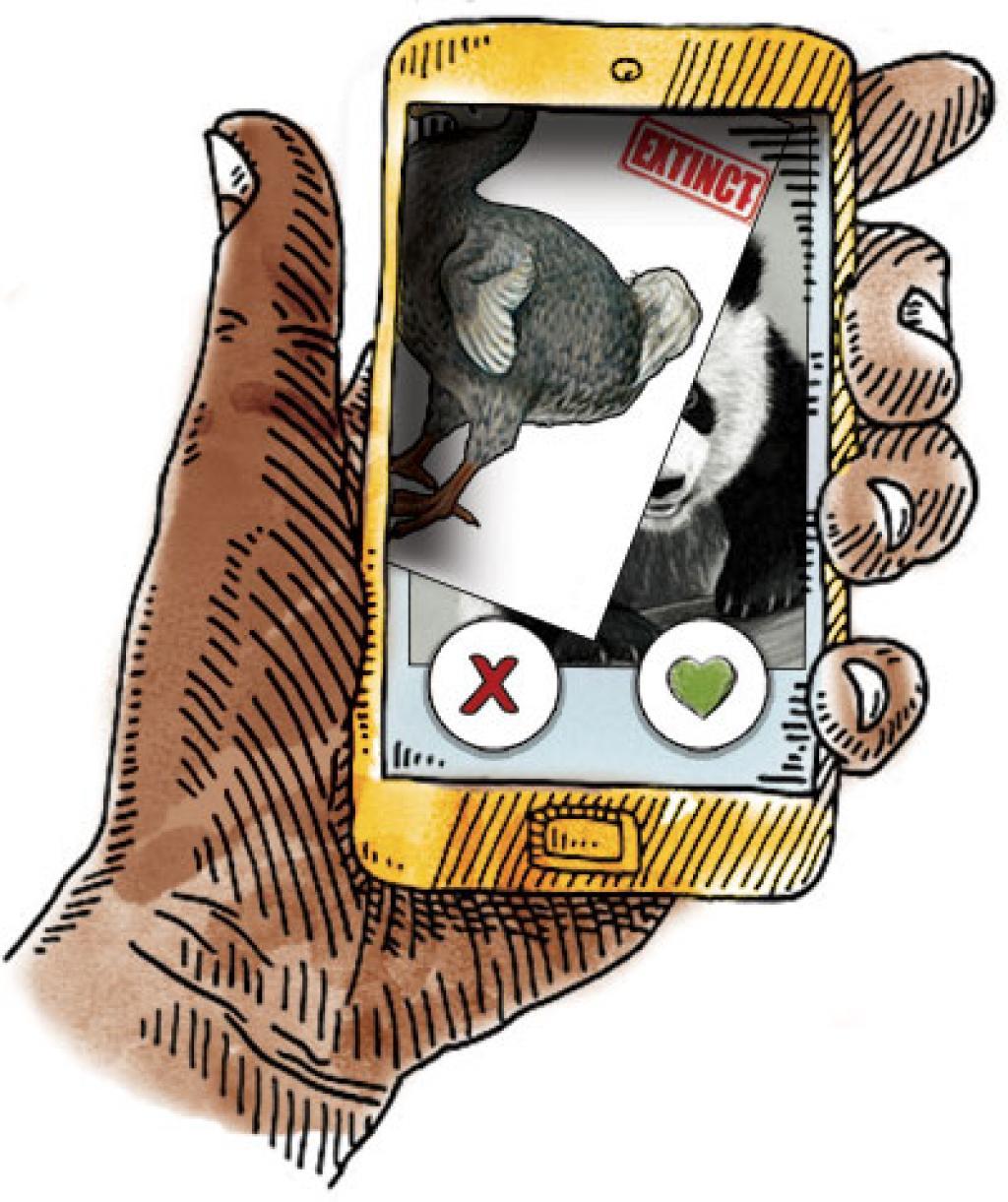 Nick Longrich, senior lecturer in evolutionary biology and palaeontology, University of Bath, UK, says it is the migration of Homo sapiens out of Africa and the arrival of modern humans led to the extinction of other human species. Nine human species lived on Earth 300,000 years ago. “By 10,000 years ago, they were all gone. The disappearance of these other species resembles a mass extinction. But there’s no obvious environmental catastrophe—volcanic eruptions, climate change, asteroid impact—driving it. Instead, the extinctions’ timing suggests they were caused by the spread of a new species, evolving 260,000-350,000 years ago in Southern Africa: Homo sapiens,” he says in a November 2019 article in The Conversation. His reasoning? “Humans reproduce exponentially, like all species. Unchecked, we historically doubled our numbers every 25 years. And once humans became cooperative hunters, we had no predators. Without predation, controlling our numbers, and little family planning beyond delayed marriage and infanticide, populations grew to exploit the available resources,” he says in the article.

Hence, the concept of a “natural environment” no longer makes sense, as there is nothing on this planet, animate or inanimate, that humans have not tinkered with. Soon, we will be the first Homo sapiens to witness the Earth entering into a new geological epoch that is named after us. This is not a fortunate event, but rather a call of urgent attention to our irreversible impacts on the planet’s ecosystems. In 2016, for the first time, the International Geological Congress held in Cape Town, South Africa, informally voted to declare the arrival of the Anthropocene. In May 2019, a 34-member panel of scientists called the Anthropocene Working Group (AWG)—set up by the Subcommission on Quaternary Stratigraphy, part of the International Commission on Stratigraphy that oversees the geologic time chart—voted to declare the descent of the new epoch. AWG will soon put forth a formal proposal for this to its parent body.

This will mark the end of the current epoch called the Holocene, which started approximately 11,700 years ago. This age, retrospectively designated by contemporary scientists, tentatively coincides with humans adopting settled agriculture after a change in the planet’s climate. At the start of the Holocene, the planet had a new geography, demography and ecosystem as the Paleolithic Ice Age came to an end and a warm season set in. Glaciers melted, new forests came up in vast areas, mammoths and woolly rhinoceros succumbed to the warm climate and humans decided to quit food gathering and hunting for more settled lives. This also led to more growth in human population.

In terms of the Anthropocene, 29 of the 34 members of AWG have supported the proposal to declare the mid-20th century as the beginning of this epoch. Scientists argue that the Anthropocene started to set in with the advent of the industrial revolution that led to industrial production, discovery of chemicals and their cascading effects on the natural systems. Scientists are already scoping for sites to look for evidence of such human intervention in our ecosystems. In particular, they are looking at radionuclides (atoms that emit radiation as they undergo radioactive decay) released during the first nuclear weapons tests in 1945 in the US. These particles have scattered across the globe and become a part of the Earth’s soil, water, plants and glaciers, leaving permanent human imprints on the planet. Plastic—an all-pervasive human invention—is being proposed as another marker of the Anthropocene.

In 2018, scientists from the University of Leicester, UK proposed the “broiler chicken” as the marker of the human impacts on the planet to be used for declaring the Anthropocene. Their study published in the Royal Society Open Science journal found that the broiler chicken does not have any connection to its ancestors, the jungle fowl that originated in India and spread across the planet.

“Until now, no individual taxa have been suggested as distinct and characteristic new morphospecies representing this change. Here we show that the domestic broiler chicken is one such potential marker,” their research paper said, adding, “Human-directed changes in breeding, diet and farming practices demonstrate at least a doubling in body size from the late medieval period to the present in domesticated chickens, and an up to fivefold increase in body mass since the mid-twentieth century. Moreover, the skeletal morphology, pathology, bone geochemistry and genetics of modern broilers are demonstrably different to those of their ancestors. Physical and numerical changes to chickens in the second half of the twentieth century, i.e. during the putative Anthropocene Epoch, have been the most dramatic, with large increases in individual bird growth rate and population sizes. Broiler chickens, now unable to survive without human intervention, have a combined mass exceeding that of all other birds on Earth; this novel morphotype symbolizes the unprecedented human reconfiguration of the Earth’s biosphere.”

But “the stratigraphic evidence overwhelmingly indicates a time-transgressive Anthropocene with multiple beginnings rather than a single moment of origin,” says a May 2019 article in the journal Nature, quoting Matt Edgeworth, an archaeologist at the University of Leicester, UK, and a member of AWG. Naming a new epoch based on the radionuclide signal alone “impedes rather than facilitates scientific understanding of human involvement in Earth system change,” the article quotes him. In November 2022, AWG will endorse the list of markers for the Anthropocene. 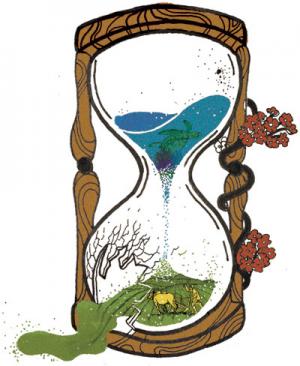 Human impacts have caused nature to fail at its most crucial task: supporting the quality of life

Scientists have identified 18 categories of contributions—cleaning air and water, sequestering carbon, pollinating crops—that nature makes to ensure quality of life for humans. In the last 50 years, nature is not able to fulfil its role in 80 per cent of these categories. “Biodiversity and nature’s contributions to people are our common heritage and humanity’s most important life-supporting ‘safety net’. But our safety net is stretched almost to breaking point,” says Sandra Díaz, a professor of ecology at the National University of Córdoba, Argentina, who also contributed to IPBES assessment. “The diversity within species, between species and of ecosystems, as well as many fundamental contributions we derive from nature, are declining fast, although we still have the means to ensure a sustainable future for people and the planet.”

We are yet to know all the species that live on our planet. Scientists discover new species every day, and are yet to make a “final” list. Peer-reviewed papers estimate that the total number of species ranges from 3 million to over 100 million. According to IPBES documents, every year around 10,000 to 15,000 new species are described. For its 2019 assessment, IPBES used an estimate of 8.1 million animal and plant species put forth by scientists in 2011. Of these, science has described and classified 1.7 million species.

Since the year 1500, some 900 species have gone extinct, according to IUCN. There are two signs that occur before an extinction phase sets in: loss in population and shrinking of its distribution areas. These two signs are quite evident among all species, except humans, right now. Since the 16th century, 680 vertebrate species have been pushed into extinction; 9 per cent of all domesticated breeds of mammals used for food and agriculture went extinct by 2016, says the IPBES assessment. In addition, some 1,000 more such domesticated breeds are under threat of extinction.

“Almost 33 per cent of reef-forming corals and more than a third of all marine mammals are threatened,” says the assessment. “Ecosystems, species, wild populations, local varieties and breeds of domesticated plants and animals are shrinking, deteriorating or vanishing. The essential, interconnected web of life on Earth is getting smaller and increasingly frayed,” Josef Settele, professor at the Helmholtz Centre for Environmental Research, Germany, who co-chaired the assessment, had said at the time. “This loss is a direct result of human activity and constitutes a direct threat to human well-being in all regions of the world,” he added.

On the human-induced loss in ecosystems, the assessment is precise. Three-quarters of land-based environment and about two-thirds of the marine environment have been significantly altered by human actions. Nearly 75 per cent of all freshwater resources are now used for crop and livestock rearing activities. The impacts are scary. For example, productivity in 23 per cent of global land has reduced due to land degradation. “Up to US $577 billion in annual global crops are at risk from pollinator loss and 100-300 million people are at increased risk of floods and hurricanes because of loss of coastal habitats and protection,” says the assessment. It adds that this decline would continue till 2050.

The world may miss the UN Sustainable Development Goals (SDG) targets by a wide margin if the human civilisation does not pull up its socks and promptly acts to protect the natural order. Close to 80 per cent (35 of 44) assessed targets under the goals will remain unmet. Biodiversity loss will impact the SDGs related to poverty, hunger, health, water, cities, climate, oceans and land. The current trajectories used for conserving nature and achieving sustainability, such as those embodied in the Aichi Biodiversity Targets and the 2030 Agenda for Sustainable Development, cannot be met. Although there has been progress in the implementation of various policies and actions to conserve nature and manage it more sustainably, they are not sufficient to stem the direct and indirect drivers of nature deterioration.

The Anthropocene is a strange phase in the geological scale where the dominant species fundamentally alters the ecosystem, and its biggest preoccupation now would be to look for ways to fix it as well. Here comes the tussle between Homo sapiens and the rest of the species on the planet.