The Eastern Gorilla has moved from ‘Endangered’ to ‘Critically Endangered’ category with its total population now estimated to be fewer than 5,000 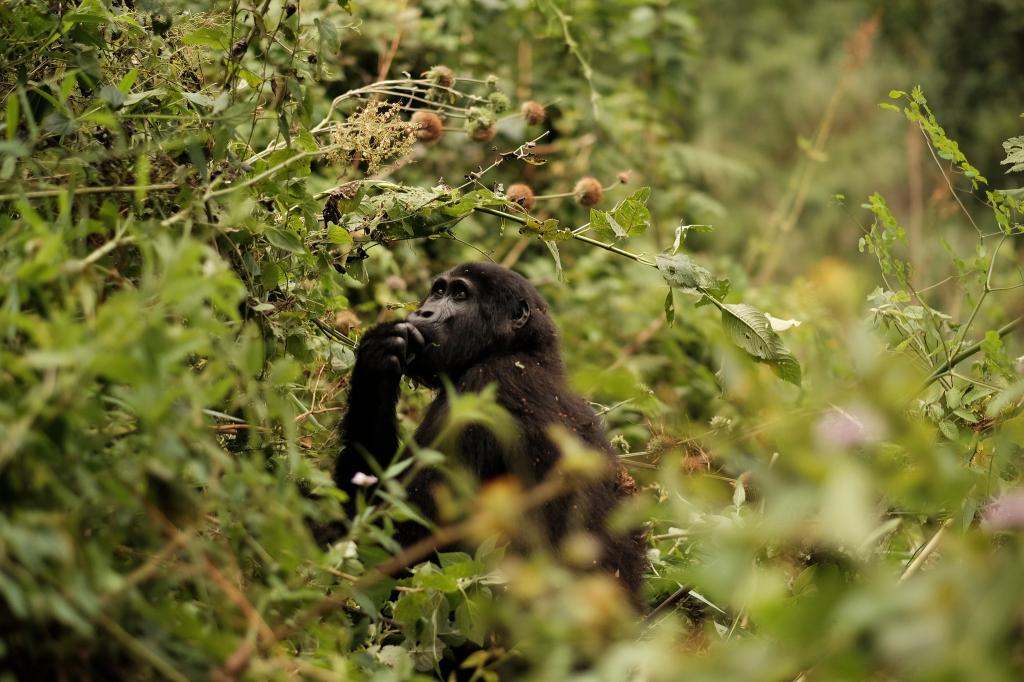 Poaching has led to the Eastern Gorilla—the largest living primate—to be listed as ‘Critically Endangered’, according to the latest update of The IUCN Red List of Threatened Species issued on September 4 at the IUCN World Conservation Congress taking place in Hawaii. The species has taken a huge hit with a devastating population decline of more than 70 per cent in 20 years.

The IUCN Red List update also reports decline of the Plains Zebra due to illegal hunting and the growing extinction threat to Hawaiian plants posed by invasive species. Thirty-eight of the 415 endemic Hawaiian plant species assessed for this update are listed as ‘Extinct’ and four other species have been listed as ‘Extinct in the Wild’, meaning they only occur in cultivation. The IUCN Red List now includes 82,954 species of which 23,928 are threatened with extinction.

The Eastern Gorilla has moved from ‘Endangered’ to ‘Critically Endangered’ with its population now estimated to be fewer than 5,000 individuals across the world. Grauer’s Gorilla, a subspecies of Eastern Gorilla, has lost 77 per cent of its population since 1994, from 16,900 individuals in 1994 to 3,800 in 2015. The second subspecies of Eastern Gorilla—the Mountain Gorilla—is relatively better off and has increased in number to around 880 individuals. While killing or capturing great apes is illegal, hunting remains the greatest threat to Grauer’s Gorillas.

“To see the Eastern gorilla–one of our closest cousins–slide towards extinction is truly distressing. We live in a time of tremendous change and each IUCN Red List update makes us realize just how quickly the global extinction crisis is escalating. Conservation action does work and we have increasing evidence of it. It is our responsibility to enhance our efforts to turn the tide and protect the future of our planet,” said Inger Andersen, IUCN director general, in a media statement.

Not just the great apes, but also the equids are bearing the brunt of excessive hunting. According to IUCN Red List, the once widespread and abundant Plains Zebra has moved from ‘Least Concern’ to ‘Near Threatened’ category. The population has reduced by 24 per cent in the past 14 years from around 660,000 in early 2001-02 to a current estimate of just over 500,000 individuals. In many countries, Plains Zebra are only found in protected areas, yet population reductions have been recorded in 10 out of the 17 range states since 1992. The Plains Zebra is threatened by hunting for bush meat and skins, especially when they move out of protected areas.

Three species of African antelopes–Bay Duiker, White-bellied Duiker and Yellow-backed Duiker–have moved from ‘Least Concern’ to ‘Near Threatened’ category. Again, the population decline is due to continued illegal hunting and habitat loss.

“Illegal hunting and habitat loss are still major threats driving many mammal species towards extinction,” says Carlo Rondinini, Coordinator of the mammal assessment at Sapienza University of Rome. “We have now reassessed nearly half of all mammals. While there are some successes to celebrate, this new data must act as a beacon to guide the conservation of those species which continue to be under threat,” he added.