Gujarat government reveals figures on the floor of the state Assembly 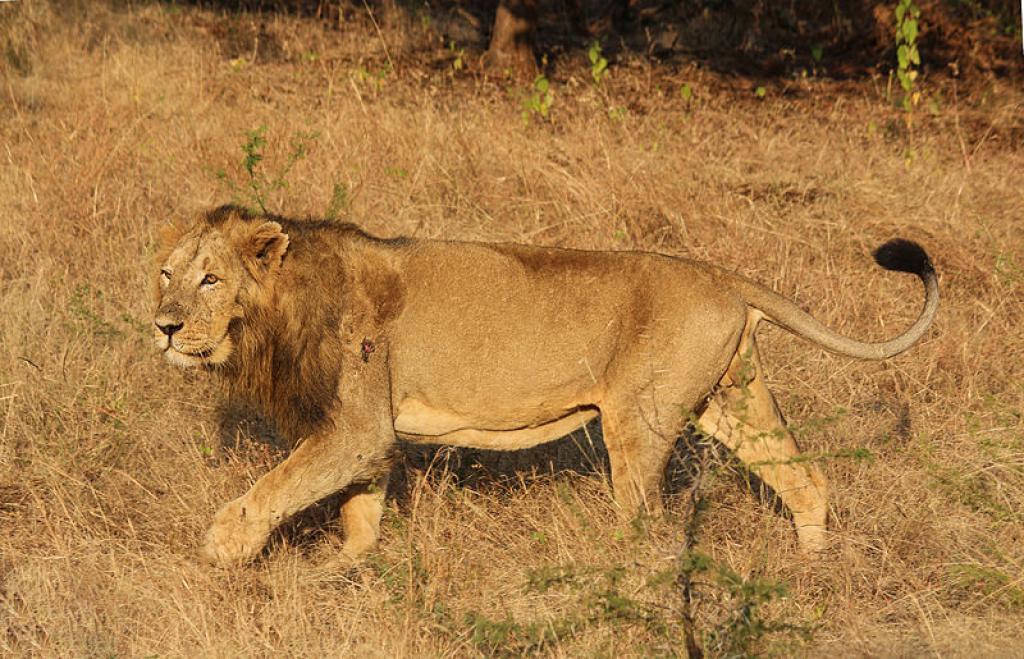 The government of Gujarat has recently revealed that a total of 184 Asiatic lions (Panthera Leo Persica), died in 2016 and 2017 and that 32 of these deaths were caused due to “unnatural causes”.

Congress legislator from Ahmedabad’s Dariapur, Gyasuddin Shaikh asked the question on the lions. In reply, Gujarat’s Minister of Forests, Ganpat Vasava informed that the number of lions that died in the state in 2016 was 104 and 80 in 2017. Demographically, 24 lions, 47 lionesses and 33 cubs/juveniles died in 2016. For 2017, the number of dead lions was 15, lionesses 27 and cubs 38. 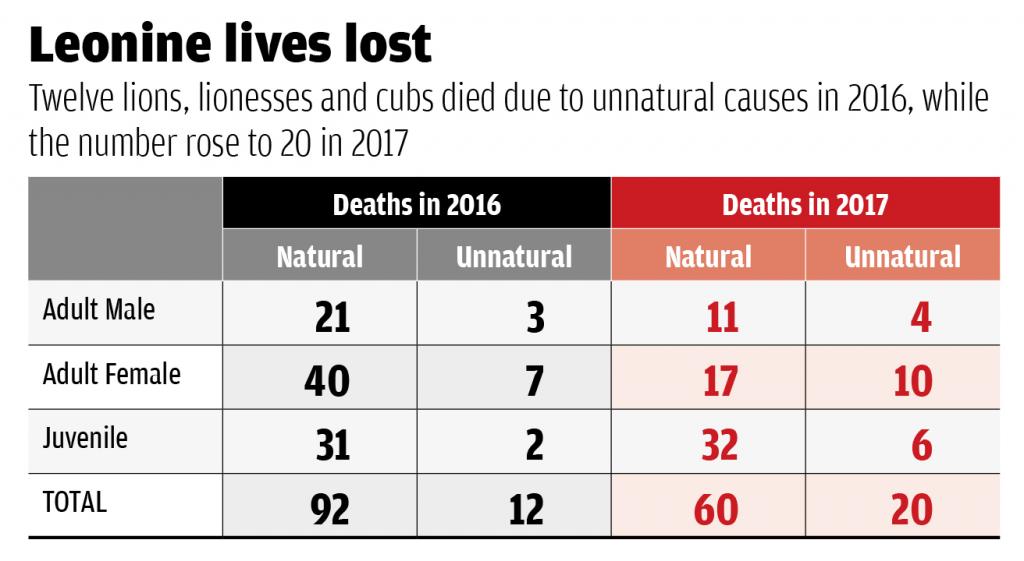 Although Vasava did not underline the reasons behind the deaths, as per media reports, lions have died in and around Gir due to a number of reasons including poisoning, falling into uncovered wells and being run over by trains and motor vehicles.

Vasava also informed the House that in order to prevent unnatural lion deaths, “parapet walls have been built around open wells near the Gir sanctuary, while fencing has been done on both sides of the Surendranagar-Pipavav railway track. Vanyaprani Mitras (wildlife monitors) have been appointed in villages surrounding Gir. Speed breakers have been installed on public roads in the sanctuary area, and various awareness programmes are being undertaken for protection of lions”.

Speaking to Down To Earth, veteran bureaucrat, wildlife conservationist and architect of the Wildlife Protection Act, 1972, M K Ranjitsinh said the findings once again reflected the fact that overcrowding in and around Gir was harming Asiatic Lions in more ways than one and that something had to be done to resolve this. 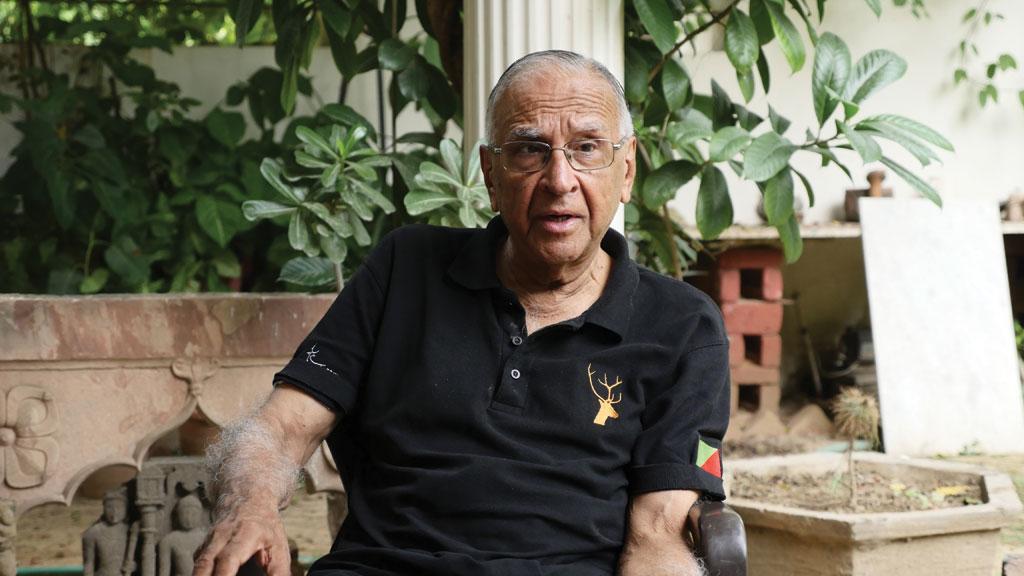 “There has been a 23 per cent rise in the peripheral areas of Gir. The five Protected Areas (PAs) of the Asiatic Lion in Gujarat—the Gir Wildlife Sanctuary, Gir National Park, Girnar Wildlife Sanctuary, Mitiyala Sanctuary and Pania Sanctuary have reached saturation. Consequently, the spilling lions have taken residence in other areas, even the coast where they take cover in casuarina, sugar and prosopis juliflora plantations. They get water from the Shetrunji River and prey on cattle here. If the Gujarat government has such a stake in the lion, at least it should look after them.”

He adds: “So long as the straying lions kill Nilgai and Wild Boar, they will be tolerated by locals. But once they turn to cattle, patience will run thin. In such cases, people turn to poisoning the kills, which I am most worried about. I do believe there are more unnatural deaths than quoted by the government. I know this since I was a bureaucrat myself. Poisoning a tiger or leopard kill kills only a solitary animal. But in the case of social cats like lions, the whole pride suffers. In the 1970s, I have seen a poisoned kill result in the deaths of an entire pride of eight animals in Jamvala in Gir. The key is to go quickly and take possession of the kill and give compensation to the owner. But that does not happen. Retribution killing is increasing through poisoning. And these animals are at stake.”

Besides poisoning of cattle kills, Ranjitsinh cautions about the dangers to humans. “These lions have become increasingly bold and someday, somebody is going to be killed. I am not talking about man-eating but rather man-killing. This will in turn lead to more retribution killings. This conflict is going to escalate. The answer is either you increase PAs, which will increase the prey base. If you do not want to do that, then have community reserves, which will increase stakeholders in lion conservation. Don't say we won't give lions since they are our pride.”