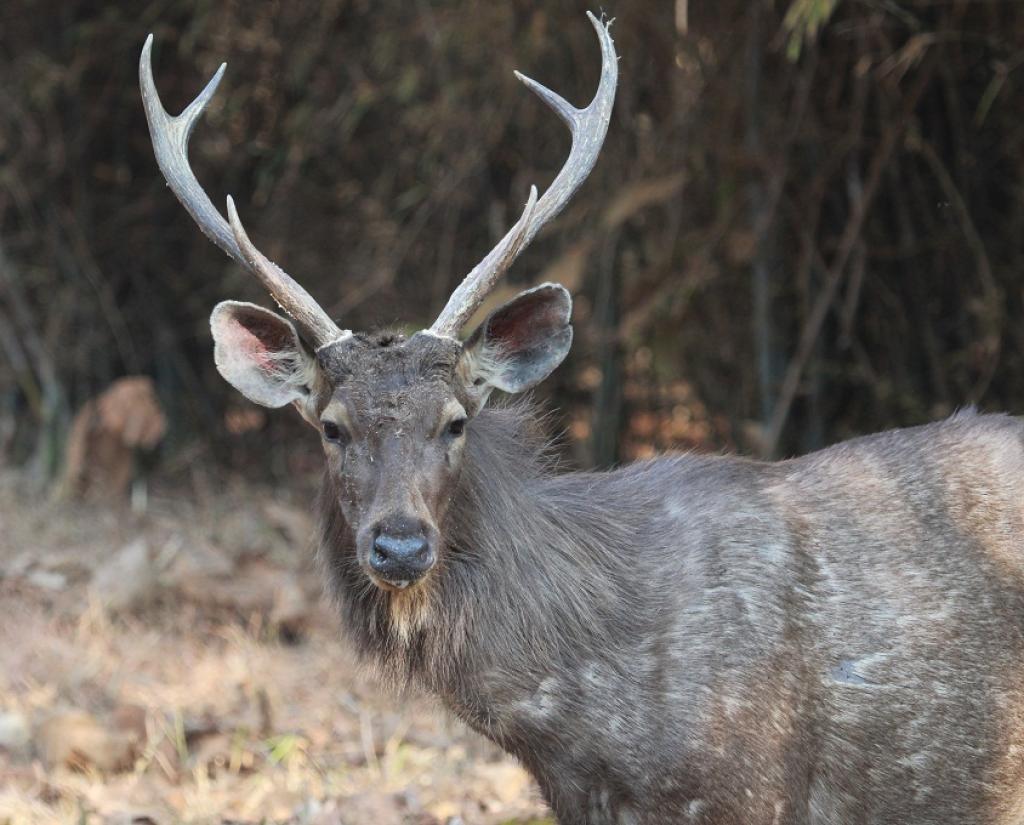 These two incidents are just footnotes in the annual murder of the sambar in India. The sambar’s bane is its own body. Its meat is prized among venison lovers in India. And given that the species is the third-largest deer in the world, after the Moose and the Wapiti, a dead sambar can definitely give a party of hunters some of the best cuts.

“According to our estimates, there were 10 incidents of sambar poaching and 17 incidents of seizure of body parts in the year that just ended,” says Tito Joseph of non-profit Wildlife Protection Society of India. “But this may be only the proverbial tip of the iceberg,” he warns.

Does the sambar really deserve being somebody’s dinner? Especially given the fact that it fulfils an important ecological role, that of being a prey species. According to research, sambar is the favourite prey of Bengal Tigers and Asiatic Lions. In India, the species can comprise up to 60 per cent of the prey selected by the Bengal Tiger.

“The sambar is currently listed as ‘Vulnerable’ by the International Union for Conservation of Nature. What the poaching of sambar really tells us is the dismal state of wildlife living outside India’s Protected Areas (PAs)," says Qamar Qureshi, senior scientist at the Dehradun-based Wildlife Institute of India. "Outside PAs, every ungulate, including the Sambar is hunted by villagers and forest dwellers. We pay attention to this issue only when a high-profile celebrity like Randhawa gets caught. But for so many people who are persona non grata, such poaching is a way of life,” he adds.

Unlike national parks or wildlife sanctuaries, reserved forests are notified by state governments. Rights to all activities hunting and grazing in those are banned, unless in some specific cases.

“We have the well-publicised problems of staff and financial crunch bedeviling our reserved forests. Also, in India, reserved forests continue to be viewed through the British era-prism of forestry, as a source of forest produce. Rather than looking at them as just sources of timber, we should also look at the problems being faced by wildlife residing in them such as the sambar,” says Qureshi.