‘There is no camel community for Australia’s camels’

If there would have been a camel community in Australia, the country would not have embarked on its recent plan to cull 10,000 of its feral camels, noted camel expert Ilse Kohler-Rollefson has said.

“The situation of the camels in Australia is unique. It is the only place where camels are feral and there really is no camel community that would keep them. Dairies have sprung up in places but that’s very recent,” Rollefson told Down To Earth (DTE).

A feral animal is one that lives in the wild but is descended from domesticated individuals. Among animals that fit this description are the mustang horses of the United States, the Brumby horses of Australia and the Soay sheep of the St Kilda archipelago in Scotland.

A five-day ‘camel cull’ started on January 8, 2020, in the north-western part of the state of South Australia, a remote region populated mostly by Aboriginal communities.

At least 10,000 camels are to be killed in the five days, according to media reports.

Camels are not native to Australia. As reported in DTE, the animals were taken to the region at the start of the Victorian Era by the British from British India. The animals proved to be more efficient in traversing the large expanses of desert and outback when compared to horses and bullocks. 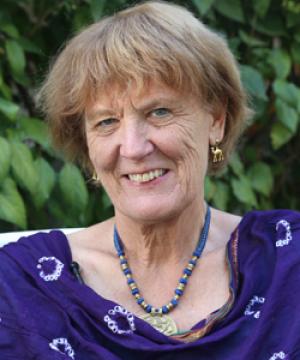 To manage the camels, the British also brought ‘cameleers’ or camel drivers from Punjab, Sindh and Afghanistan. The men settled in the area and became known as ‘Ghans’. They laid the foundation of the first Muslim community in the continent.

In time, the camels were replaced by railways. They became feral and thrived. In fact, their population has been said to be increasing in the last few years.

To a query on whether the camel in Australia was an invasive species, Rollefson said, “The environment is ideal for camels, so they have done well there. I get the impression that almost everything is regarded as invasive in Australia — rabbits, dingos. Even kangaroos are thought to be in need of culling. The real invasive species are sheep and cattle, I think.”

Kohler said she was ‘shocked and sad’ at the cull that was happening in Australia. “But I have also heard voices from Australia saying this is for humanitarian reasons as there is no water and the camels would be prevented from dying of thirst. But the larger reason is probably that they are to be prevented from destroying fences and watering points of farmers.”

Which brings one back as to what to do with the camels? Can they be moved to another country? “If somebody has the money, yes … but how many could be moved?  I think the impact would be small,” Rollefson said.

She pointed to her personal blog, the entries of one of which is on a trip to Australia to see its fabled feral camels. At the end of the blog, Kohler lists a number of alternatives that her guide on the trip, Australian camel expert Debi Robinson enumerates to make better use of the camels.

The solutions mentioned include managing the camels by castrating male camels that are not needed or desired for breeding, and establishing a breeding programme, making the feral camels work and move and reviving the traditional crafts associated with camel handling, such as saddle and harness making.